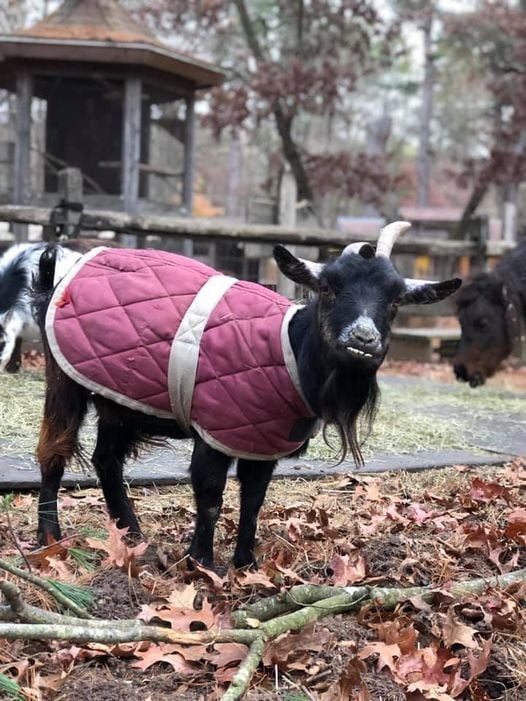 Blossom was noticed missing from Winslow Farm in Norton on Saturday. She was not wearing her pink coat. 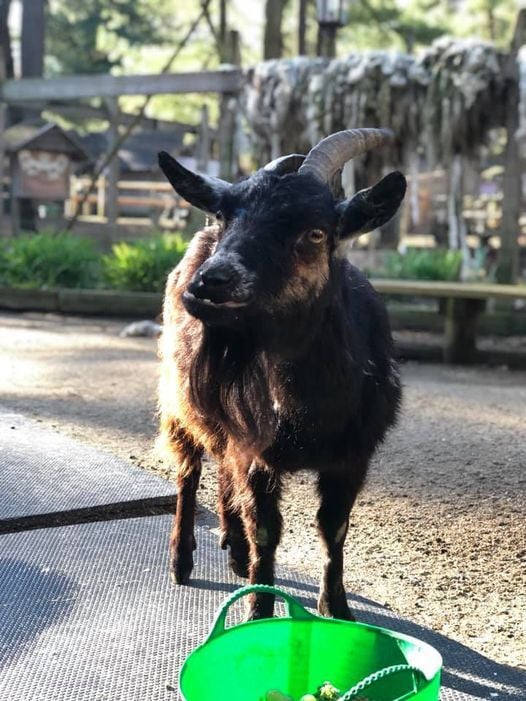 Blossom was noticed missing from Winslow Farm in Norton on Saturday. She was not wearing her pink coat.

NORTON — Winslow Farm Animal Sanctuary is offering a $1,000 reward with “no questions asked” for the return of or information on the whereabouts of a goat named Blossom that is feared stolen.

Blossom was fed by staff about two hours earlier while the farm was open to the public, she said.

“I suspect somebody put her in a baby carriage under a blanket and stole her,” White said, adding that Blossom is friendly and small enough to pick up and hide.

White said all the fences surrounding the farm are 6 feet high and there were no openings for Blossom to get out.

Blossom had been neglected by her previous owner. White said she brought the goat back to health with the help of a physical therapist at Houghton Physical Therapy in Attleboro.

“She was malnourished and paralyzed. I nursed her back to health,” White said.

A goat was also stolen recently from an animal sanctuary in Mendon and White suspects the incidents are related. White said the goats are being stolen to be slaughtered for their meat, and she has received calls inquiring whether she would sell goats at the farm.

In addition, a suspicious incident occurred the night before Blossom went missing. White said unknown individuals were walking with flashlights in the woods around the farm, and a similar incident occurred in Mendon. She said they may have been scoping out the facilities.

“It’s a different world out there,” White said, adding that she has called around to two slaughterhouses inquiring about Blossom.

White said Blossom is skinny and on medication. She typically wore a blanket but was not the day she went missing.

Police have been notified of the incident, White said.