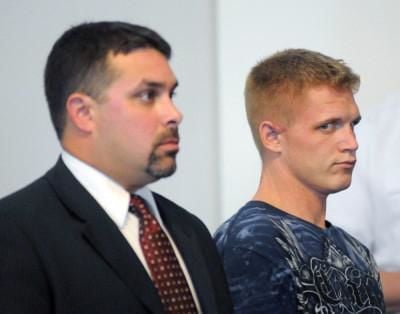 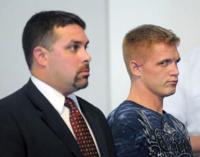 At right, Matthew Gumkowski appears in Attleboro District Court in 2011 with his lawyer, Dana Sargent of New Bedford. 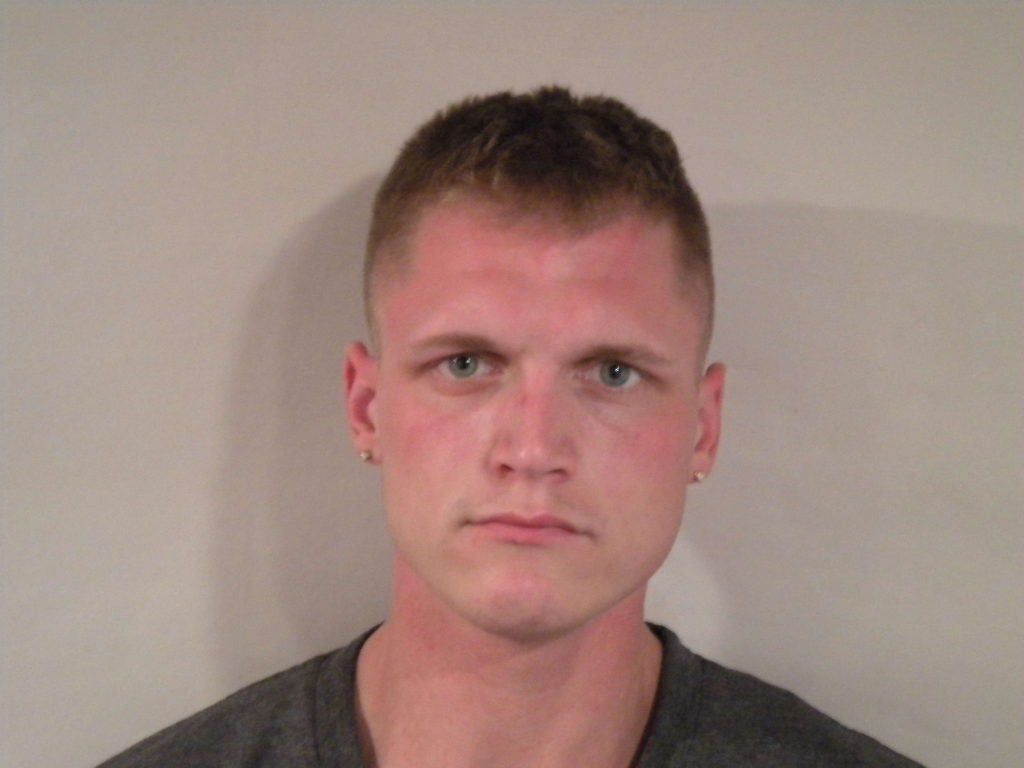 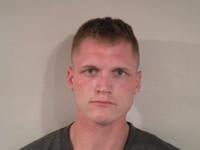 ATTLEBORO — The state’s highest court Tuesday upheld the conviction of a Rhode Island man in the 2011 murder of an Attleboro sober house resident.

Matthew Gumkowski, 39, of West Warwick, had appealed his first-degree murder conviction on grounds his cellphone location data and other cellphone information used against him and should have been suppressed.

However, the state Supreme Judicial Court ruled that there was “substantial” evidence of the defendant’s guilt aside the cellphone location data.

Gumkowski was convicted in 2014 of beating, strangling and stabbing 50-year-old Joseph Kilrow on July 10, 2011 at a Dunham Street sober house then setting fire to Kilrow’s room in an attempt to destroy evidence.

In a 36-page decision, the SJC found that Gumkowski was identified through cellphone records of the victim, which contained Gumkowski’s number and calls to the victim around the time of the murder.

A photo supplied by West Warwick police matched the description given by a neighbor of the victim who identified Gumkowski as the man he saw visiting Kilrow, the court said.

Police are required to obtain warrants for cellphone location data but not for call logs and phone subscriber information, the court said in its decision.

When he was arrested by Attleboro police on unrelated charges at his girlfriend’s home, his sneakers and a pack of cigarettes in his backpack had blood spots that were later found to match the victim’s DNA, the SJC noted.

Gumkowski gave a videotaped statement to police and testified in his own defense at trial. He admitted to fighting with the victim but denied killing him, saying an unknown man was also in the room when he left.

The SJC also noted the defendant’s girlfriend testified she fell asleep while they were at Riverwalk Park in downtown Attleboro. She woke up to find him gone before calling and meeting up with him later.

The court said the prosecutor did not even mention the cellphone location information in his closing argument and that “the other evidence of his guilt was substantial.”

Gumkowski’s lawyer, Michael Fellows of Florence, also argued that none of the cellphone information should have been introduced. He argued it was “tainted” because it was included with location data. The SJC disagreed.

“Police were investigating the defendant because his cellphone number was one of two numbers that had been in contact with the victim’s cellphone shortly before the victim’s death,” Justice David Lowy wrote for the court.

Fellows also objected to seven jury instructions the judge gave but the court found none of the instances amounted to errors that would cause them to overturn the conviction.

Gumkowski was tried twice for Kilrow’s murder because his first trial ended in a mistrial when the jury failed to reach a verdict.

After his conviction, Gumkowski was found guilty in June 2016 of murdering a man in Providence in a similar fashion and sentenced to life in prison.

Testimony at that trial indicated Gumkowski killed 42-year-old Michael DiRaimo by slitting his throat before setting fire to a utility shed in an attempt to cover up the crime.