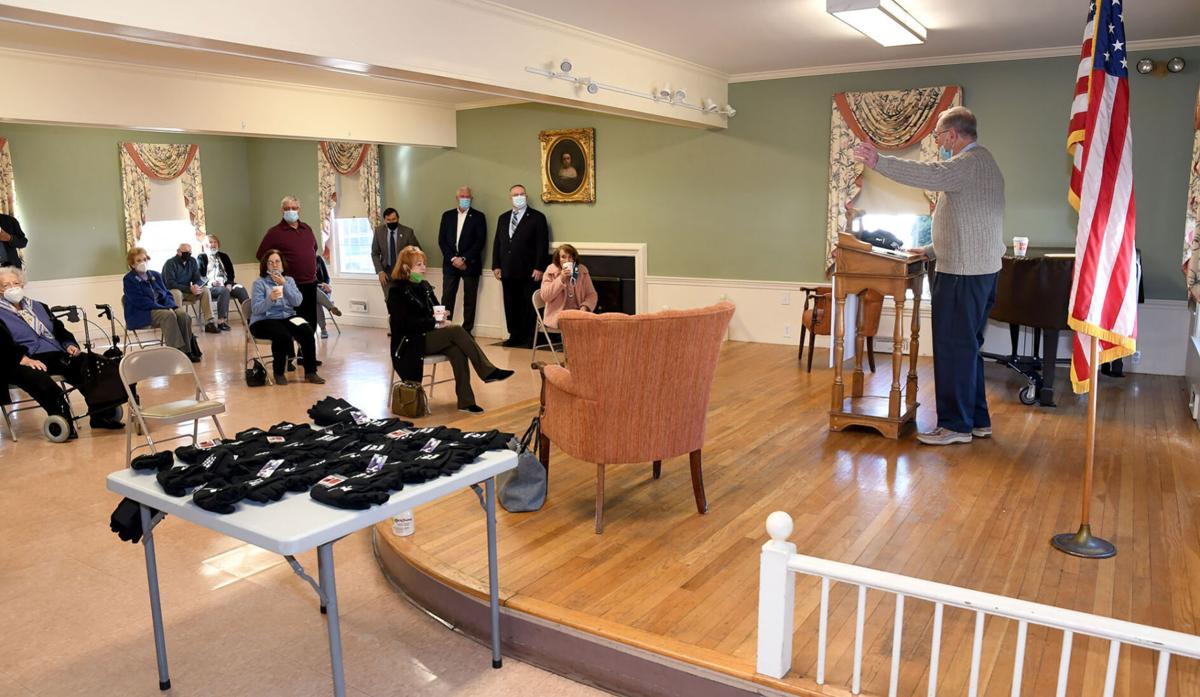 Dan Larson of Larson Tool in Attleboro kicks off a small ceremony Friday at the Sweet Clubhouse in Attleboro. The Attleboro YMCA is the new owner of the facility and will lease it to the Attleboro Area Interfaith Collaborative. 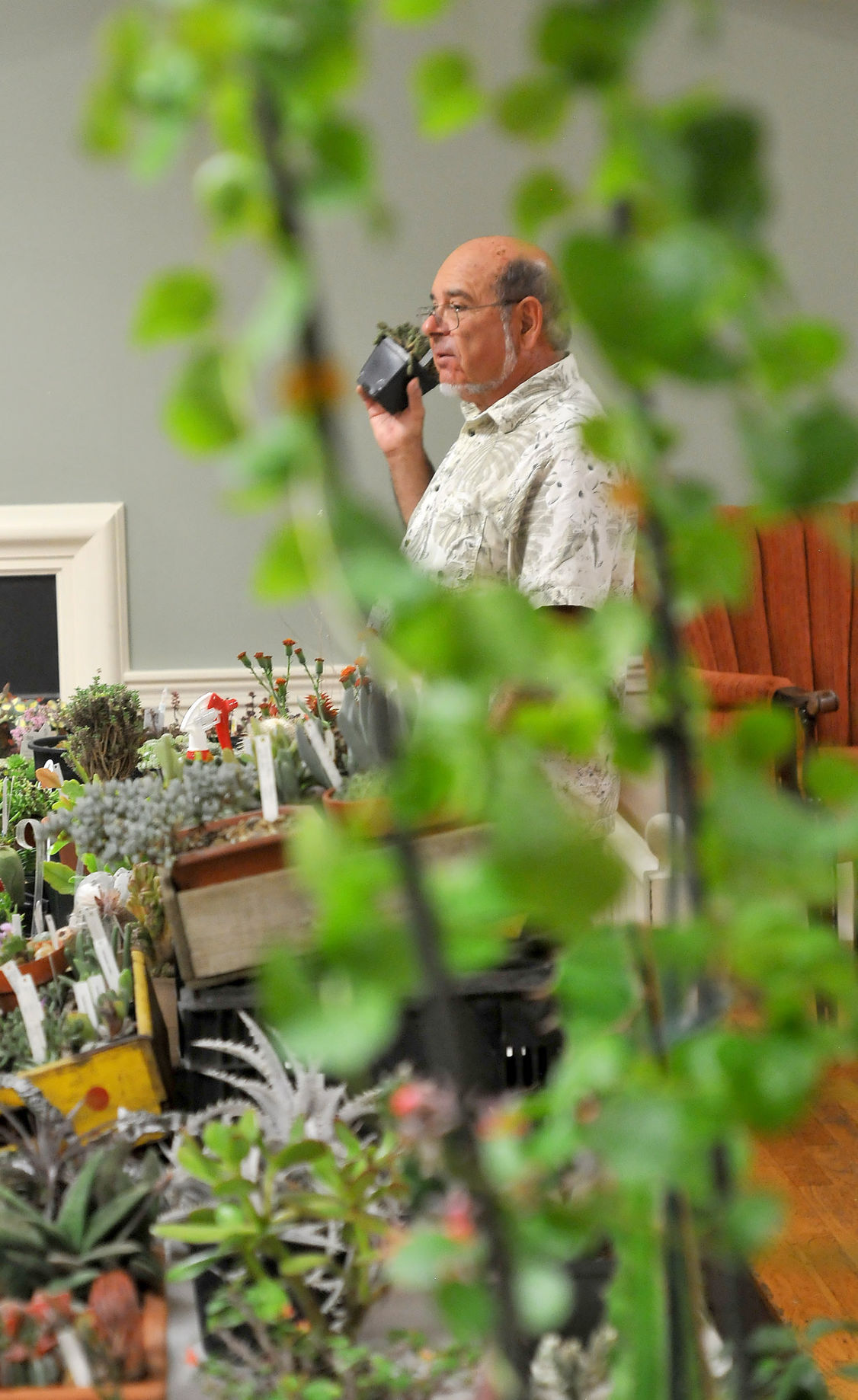 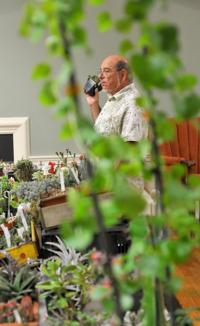 Cactus expert Art Scarpa of New Hampshire brought his many varieties of cacti to a 2017 meeting of the Attleboro Garden Club at the Sweet Clubhouse in Attleboro. The club has been one of the few remaining groups still using the building.

Dan Larson of Larson Tool in Attleboro kicks off a small ceremony Friday at the Sweet Clubhouse in Attleboro. The Attleboro YMCA is the new owner of the facility and will lease it to the Attleboro Area Interfaith Collaborative.

Cactus expert Art Scarpa of New Hampshire brought his many varieties of cacti to a 2017 meeting of the Attleboro Garden Club at the Sweet Clubhouse in Attleboro. The club has been one of the few remaining groups still using the building.

ATTLEBORO -- A site steeped in city history is about to add a new chapter.

Ownership of the Florence Sweet Clubhouse was ceremonially transferred to the Attleboro YMCA Friday morning, three days after the legal transfer was recorded at the North Bristol County Registry of Deeds. The passing of the keys took place before a group of about 30 in the clubhouse.

The facility will be leased by the Y to the Attleboro Area Interfaith Collaborative and become its headquarters.

AAIC will run its food programs from the site and for the first time in its history have a central location to store all its perishable and nonperishable food.

Currently it stores food at different sites around the city, including Willow Tree Farm on South Main Street.

Willow Tree is famous for its chicken pies and other food products.

AAIC’s first priority will be to expand its programs to help feed those who have “food insecurity.” The clubhouse has a 2,500-square-foot basement with a 10-foot-high ceiling, which will accommodate all its storage needs.

The Sweet Clubhouse board gave the facility to the Y in the wake of declining revenue and the dissolution of many of the women’s clubs for which it was originally built.

Only two, the Attleboro Garden Club and the Chaminade Music Club, have continued to meet there.

Sweet Clubhouse Board Chairman Dan Larson said the facility has outlived its original intended use and giving it to the Y will benefit both groups.

Most of its use recently has been as an event venue for bridal or baby showers or sweet 16parties.

And those have not produced enough money to keep the facility afloat.

“We’ve been losing money since I’ve been involved over the last 10 or 15 years,” Larson said. “This will provide a use that’s more lasting. It’s an opportunity that’s a win-win.”

The finances of the clubhouse have been especially hard hit over the last year as coronavirus drastically reduced the number of activities people could have.

In addition, the new requirement for the non-profit to pay property taxes also hurt.

While it’s a valuable property in heart of a residential neighborhood, Larson said selling it to the Y would have required the organization to give the money away to another non-profit.

“So we decided it might as well go to the Y,” he said.

The Council of Churches, as AAIC was formerly known, was created in 1946 and held its first meeting at the Y.

“Now it will be housed here,” McDonald said. “The Sweet Clubhouse helps us combine to deepen our ties.”

Currently, AAIC is housed at 95 Pine St., a city-owned building.

However the space is small and doesn’t allow groups to gather, and it has no storage space for the food programs run by AAIC.

In addition, it could not be accessed on weekends, which constricted the AAIC’s operations.

AAIC Executive Director Lisa Piscatelli said her group will be signing a lease with the Y and moving in soon.

She said the location of the clubhouse is ideal for much of the population AAIC serves because it’s a walkable distance from downtown and the East Side and it’s on a bus route.

The clubhouse is located at 44 Peck St., the former site of one of the first high schools in the city, if not the first.

The building was torn down years ago and the city is now in the process of building what is at least its fourth high school on Rathbun Willard Drive, right next to its third.

The second is located on County Street and is for sale.

The city donated the lot for the clubhouse, the construction of which was financed through a bequest of Florence Hayward Sweet, for whom the house is named.

Officials said the name will be retained.

The clubhouse was built in 1956 as the baby boom generation boomed, the Cold War raged and soldiers home from World War II and Korea, the “Greatest Generation,” began to rebuild America.

Mary Whelan, treasurer of the clubhouse, said it’s important to note that the building was intended to give women a place to have intellectual, cultural and artistic discussions and performances.

It was a place they could speak their minds, and their were fewer such places in the 1950s.

But now, as women have ascended to places of power, including the vice presidency of the United States, there’s less need for that. But there’s a growing need to feed the hungry.

Piscatelli said that task has been especially difficult during the pandemic and the need has grown with many unemployed.

Prior to the pandemic, AAIC had been serving 50 to 100 meals a day in various churches, but that has exploded to 180 meals a day during the contagion, she said.

At one point, Attleboro had an unemployment rate of 19.3 percent.

“This is a huge opportunity for us to meet the needs of the community,” Piscatelli said.

And those needs go beyond food and back to serving the needs of women, a need that McDonald called the “soul of the building.”

Piscatelli said the AAIC plans to hold a “baby shower” at the Sweet House in May for “vulnerable women” and will be giving away diapers and baby wipes in a walk-up outside event.

“We’re really truly excited,” she said. “It expands what we’re doing in so many ways.”