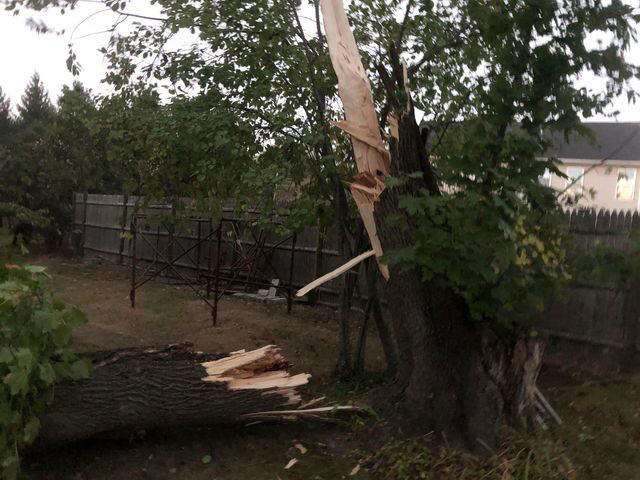 Linda D’Agostino sent in this photo of a tree that landed in her yard in South Attleboro. 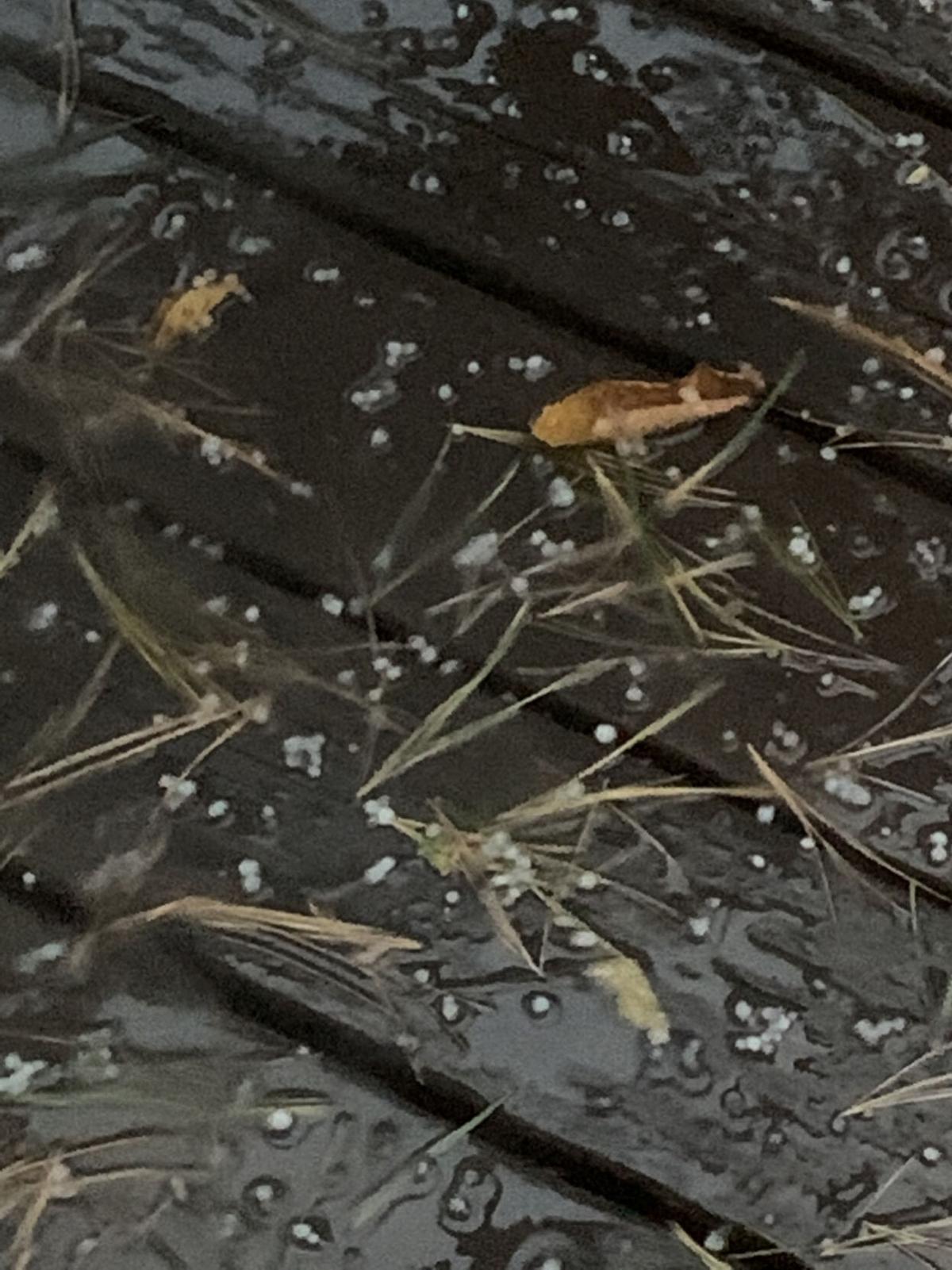 Hail fell on this deck in West Mansfield.

Linda D’Agostino sent in this photo of a tree that landed in her yard in South Attleboro.

Hail fell on this deck in West Mansfield.

Thousands of Attleboro area homes and businesses lost power Wednesday night as a strong but brief storm plowed through the region, and crews were still working to restore power to many Thursday morning.

Attleboro, North Attleboro, Norton, Rehoboth, Seekonk, and Foxboro were among the hardest hit communities in the area, with numerous trees and limbs falling on roads, vehicles and homes, police and fire departments reported.

In Norton, about one-third or 2,368 customers lost electricity, and that dropped to 354 this morning.

Nearly 250,000 customers in Massachusetts lost power Wednesday, and as of early Thursday morning, nearly 100,000 were still without electricity, according to the Massachusetts Emergency Management Agency.

Areas include customers from the Norton town line to the Interstate 495 overpass. Specific Streets include Gilbert, Elm, Oak, and other surrounding streets.

"Our crews are working to restore power as soon as possible," Sollecito said.

Pea sized hail was reported in West Mansfield for about a minute to 90 seconds, with lots of wind.

"Hold on to your hats! The wind has kicked up and the things that usually stay put are now flying and falling," Mansfield police posted on social media.

A tree blocked South Main Street at Spring Street, and School Street was closed at Coral Street due to tree limbs down. Traffic signals were out at West and School streets. Part of Gilbert Street was closed, and Reservoir Street also had significant tree debris, police said.

In North Attleboro, at the intersection of South Washington and Elm streets, a tree was reported to have fallen on a car, with a woman trapped inside, but she was said to not have been injured.

A tree was reported to have hit a house on Reservoir Street as well, and North Attleboro Electric Department was notified.

In Plainville, a tree hit a house at 46 School St. and occupants were displaced. A large tree fell on Fuller Street.

In Norton, trees hit houses on Freeman and Samoset streets and Rock Lane and North Lake View Road, and multiple trees were reported down on Maple Street.

A tree was down on Newcomb Street and many other spots in town, including Reservoir Street near Norton Reservoir.

A severe thunderstorm warning had been issued by the National Weather Service in Norton for several towns in the area, including Mansfield and Plainville.

Attleboro saw several trees down, including on Turcotte Street and Plain Street that was closed, and forestry workers responded. A tree and wires fell on Mulberry Street.

In neighboring Seekonk, a tree and wires were reported resting on a house on Bloomfield Street.

In Rehoboth, a large tree blocked Homestead and Fairway.

Foxboro was also heavily hit, with multiple trees down on South Street between Foxboro High School and Taylor School, closing down part of South Street.

Also, a utility pole and wires had fallen at the intersection of Hillcrest and Chestnut streets.

A high wind gust of 35 mph was recorded by the Attleboro Water Department at 6 p.m. when the storm moved in.

Most of Wednesday was a beauty of a day, with the water department observing a high of 74 degrees at noon -- nearly 10 degrees above normal for the date.