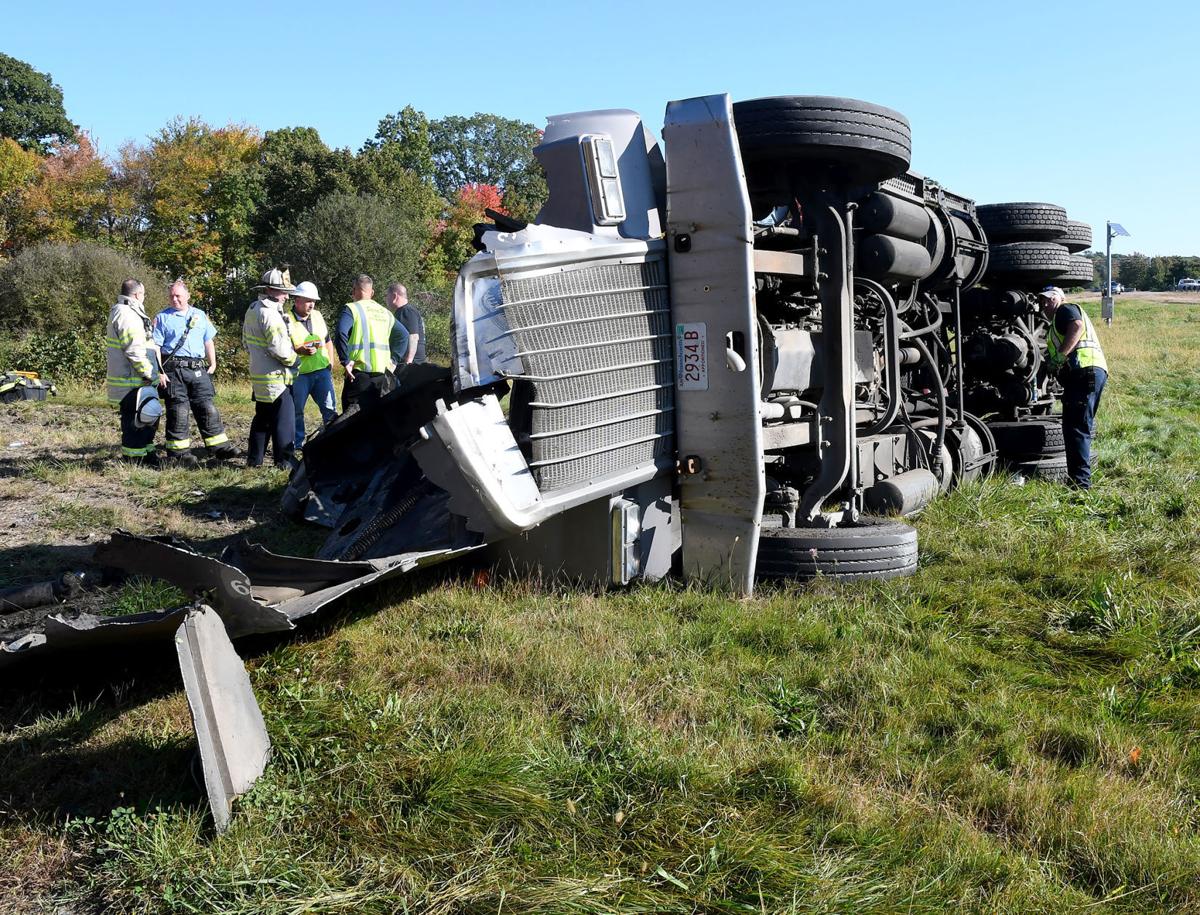 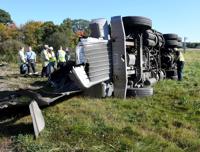 This 18-wheel rig rolled over at the bottom of the ramp from I-495 North to I-95 South in Foxboro Thursday morning, resulting in a sewage spill. 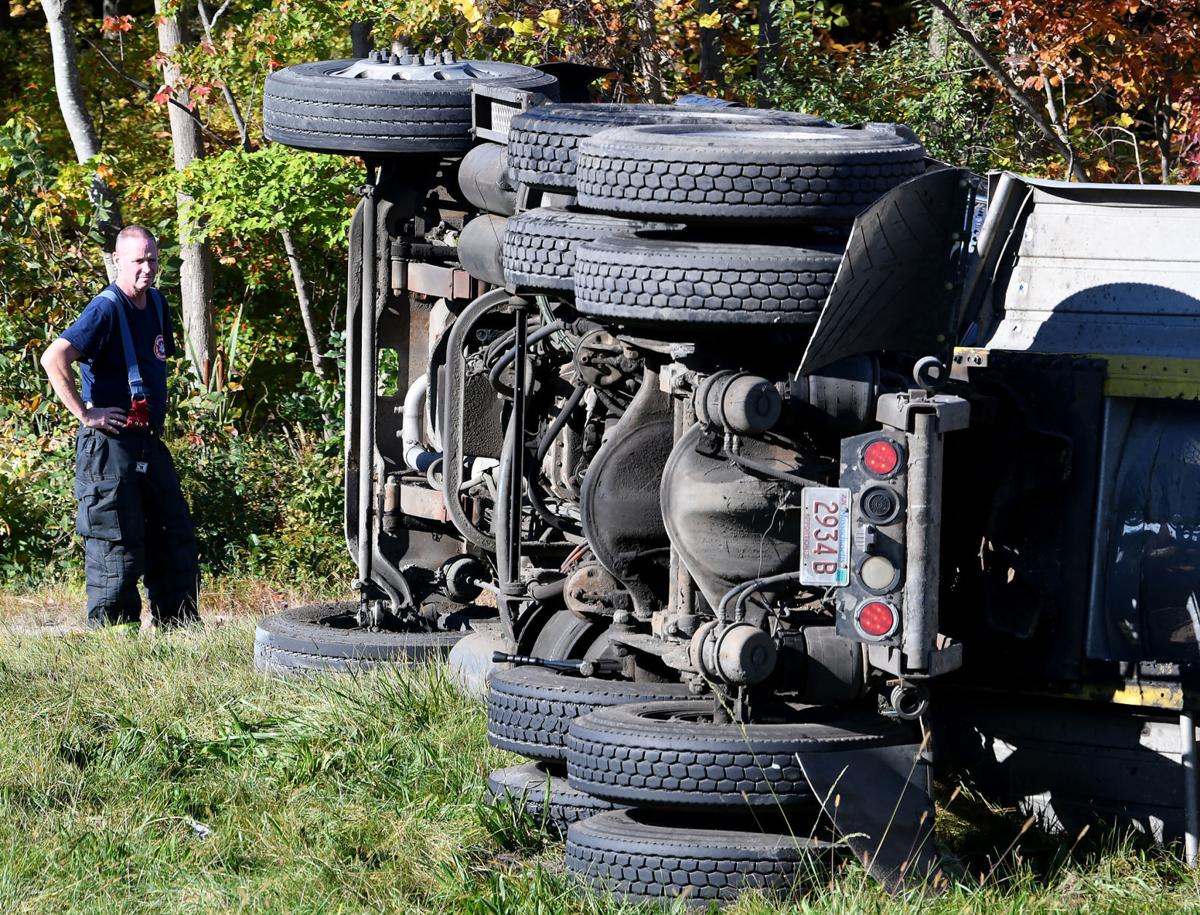 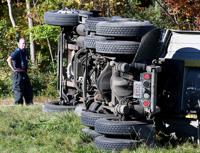 The driver of a tanker truck was injured when his 18-wheel rig rolled over at the bottom of the ramp from I-495 North to I-95 South in Foxboro Thursday morning.

This 18-wheel rig rolled over at the bottom of the ramp from I-495 North to I-95 South in Foxboro Thursday morning, resulting in a sewage spill.

The driver of a tanker truck was injured when his 18-wheel rig rolled over at the bottom of the ramp from I-495 North to I-95 South in Foxboro Thursday morning.

FOXBORO — About 2,000 gallons of sewage leaked from a tanker truck Thursday morning after it rolled over on the exit ramp from Interstate 495 North to I-95 South, officials said.

The ramp was closed for about four hours while crews cleaned up the spill.

The accident occurred just after 9 a.m. when the truck failed to negotiate the ramp’s curve, the chief said.

“He rolled it several times,” Kelleher said of the driver, who was found outside the mangled truck cab.

The chief said it is not known if the driver was thrown from the vehicle, helped out by bystanders or got out on his own.

A Plainville fire official said the driver, whose name, age and hometown were not available, was conscious and talking to paramedics on the way to the hospital.

The cause of the crash was under investigation by state police.

Police and fire officials have responded to several rollover crashes in the area in the past.

The tanker was hauling about 8,000 gallons of sewage and leaked about a quarter of it after a valve opened, Kelleher said.

Initially up to 4,000 gallons was thought to have spilled onto the ground, but the chief said officials were better able to estimate when the remaining contents were pumped out of the tanker.

A worker from the state Department of Environmental Protection responded to the scene but officials said the sewage is not considered hazardous.

Kelleher said first responders initially did not know the contents of the tanker until they got closer to the spill.

“It’s a sulfur like smell which a lot of chemicals can have and why I wanted to confirm the cargo,” Kelleher said. “It was pretty bad when we got up close.”

The chief said firefighters tried to stay uphill and upwind of the spill to avoid the odor which is “the core principle of any hazardous materials response.”

A contractor was hired to remove the remaining sewage and wastewater in the tanker and sanitize the soil in the area, said Ed Coletta, a DEP spokesman.

A small amount of diesel fuel leaked from one of the saddle tanks on the truck and was cleaned up by firefighters and Sterry Street Towing of Attleboro.

After the crash, state police warned motorists on social media to take alternative routes because of the ramp closure.