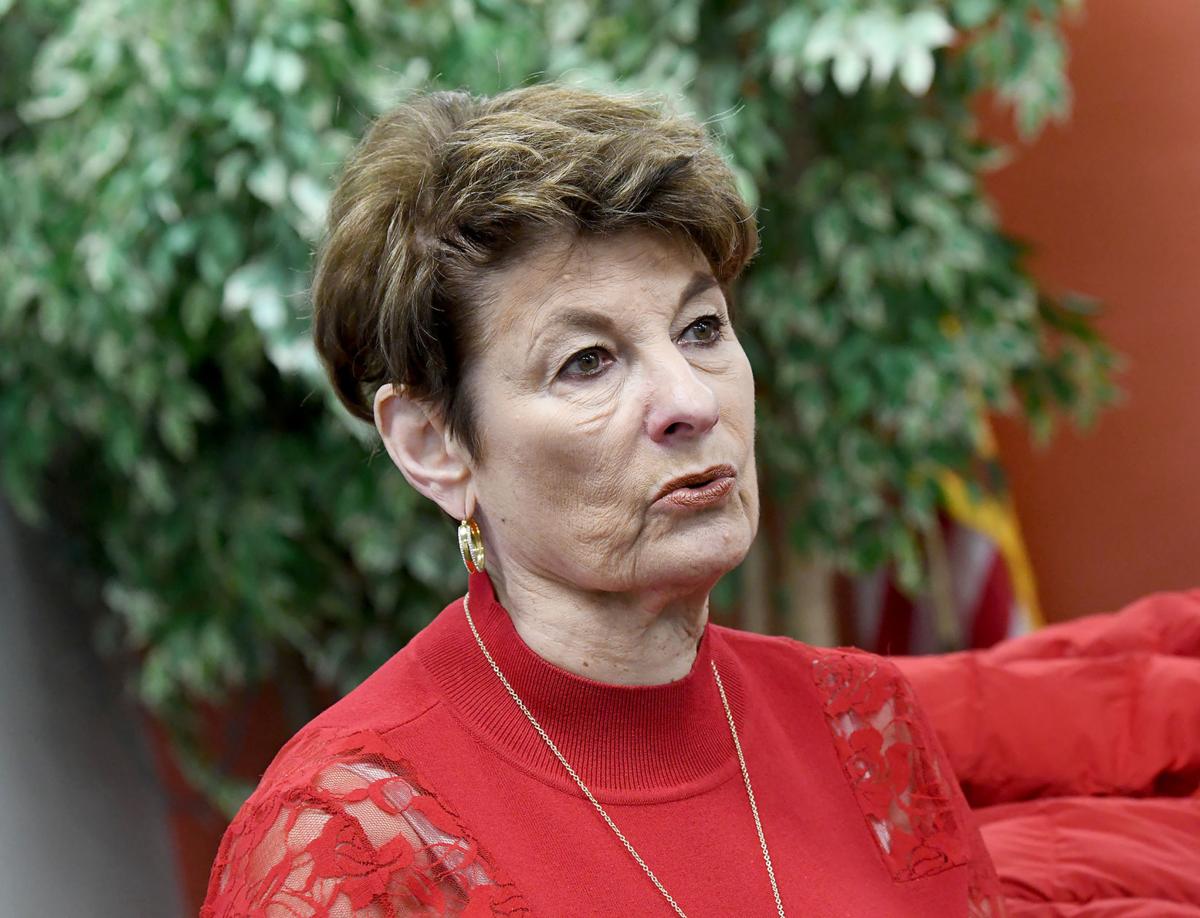 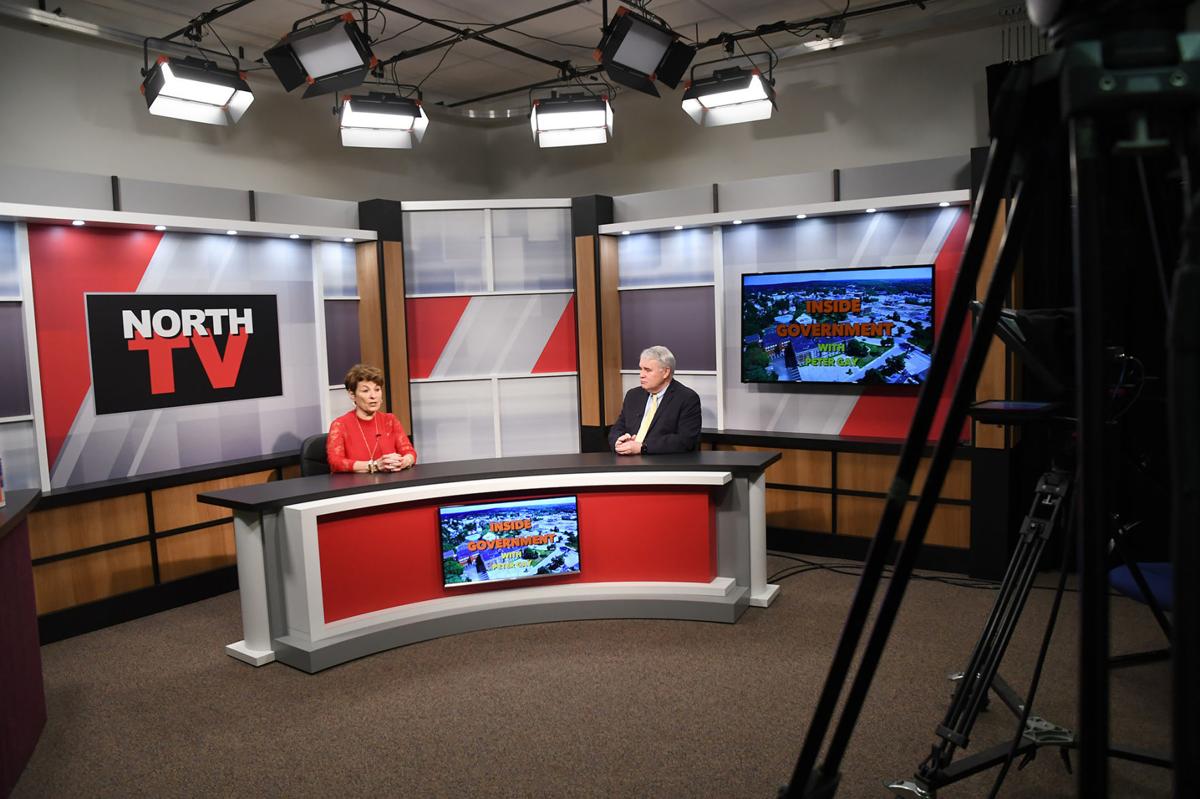 State Rep. Betty Poirier, R-North Attleboro, announces at North TV’s taping of “Inside Government” with Peter Gay that she will not be running for re-election.

State Rep. Betty Poirier, R-North Attleboro, announces at North TV’s taping of “Inside Government” with Peter Gay that she will not be running for re-election.

NORTH ATTLEBORO — Next January, for the first time in nearly four decades, there won’t be a Poirier representing local residents on Beacon Hill.

State Rep. Elizabeth “Betty” Poirier, R-North Attleboro, who succeeded her husband Kevin in the post in 1999 and is in her 10th term, announced Thursday she won’t seek an 11th this fall.

Poirier, 77, whose legislative district includes parts of Attleboro and Mansfield as well as all of North Attleboro, said there was no sudden impetus for her decision not to seek an 11th term, nor was the current coronavirus pandemic a factor.

“I’ve given a lot of thought to it. I’ve been better than two decades in the seat,” she said. “I just thought it was the right time to go. Maybe it’s time to give someone else the opportunity to do it. It’s a difficult time to do it, but it’s the right time for me.”

Poirier was voted to office in a special election after her husband, himself a veteran state legislator, resigned to take a job as development director at Sturdy Memorial Hospital in Attleboro.

Poirier made her decision public during a taping of the North TV show “Inside Government,” hosted by the local cable channel’s executive director, Peter Gay. The program will be shown starting Friday and at various times through the week.

Poirier is one of just 34 Republicans in the 160-member House of Representatives, where she serves as second assistant minority leader, the third-ranking spot on Beacon Hill for her party. She is also ranking minority member on the House Ethics Committee.

She said she informed the GOP leadership that she was considering retiring.

Poirier said she hopes that announcing her decision now will allow other likely candidates to collect signatures to get on the ballot for a likely primary election in September.

That could be especially challenging now, she said, although she surmises that the pandemic could cause changes in the election schedule. Collecting 150 signatures by April 28 might not be possible, she said.

“I assume there will be a few people who will step up. I’m really hoping we will have good choices, I’m sure we will,” she said. “I’m really hoping a Republican will take my place. There have to be two sides in order to have debate and to get to the heart of issues.”

A lively state representative race would be a novelty in North Attleboro. Poirier herself has run unopposed, or with only token opposition, in every election since joining the Legislature.

Poirier has been a reliable conservative vote in the overwhelmingly Democratic Legislature, with 100 percent ratings from Mass. Citizens for Life, an anti-abortion group, and Citizens for Limited Taxation and only a 26 percent rating from liberal-oriented group Progressive Massachusetts.

Nevertheless, she touts her efforts to maintain friendships with people on the other side of the aisle.

“I’ve worked very hard to maintain credibility and not do crazy things, so they won’t write me off,” Poirier said.

She’s hoping those cordial relations will help getting two pieces of legislation she has sponsored enacted this term. One would allow judges to impose a life sentence in cases of sexual assault on a disabled person. The other would ban the importation of children’s jewelry containing toxic materials into the state.

Both bills reflect Poirier’s longtime concern for child welfare, also expressed in her charity work. She has raised funds for Lenore’s Pantry, the local food bank, and collected backpacks filled with supplies for children in need to start school each year. She said she hopes whoever takes over her post will keep up those activities.

For herself, she’s not sure what retirement will hold. “My husband,” she joked, “would like me to clean the house.”

Despite the humor, the decision not to seek another term was an emotional one.

“This job is like part of my family. I care about the people I serve and it’s going to be difficult to stand by and not do some of the things I have done. It’s emotional to a degree. It’s what I do,” she said.

Tom Reilly is a Sun Chronicle news editor. He can be reached at 508-236-0332 or treilly@thesunchronicle.com. Follow him on Twitter @Tomreillynews