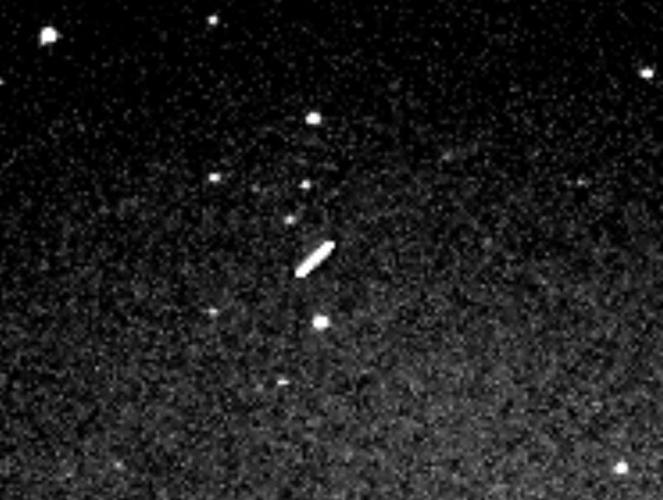 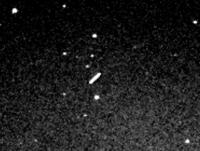 Astronomers captured asteroid 7482 in 1994 during a flyby of Earth in 1997. The space rock appears as a trail due to its very fast apparent motion. 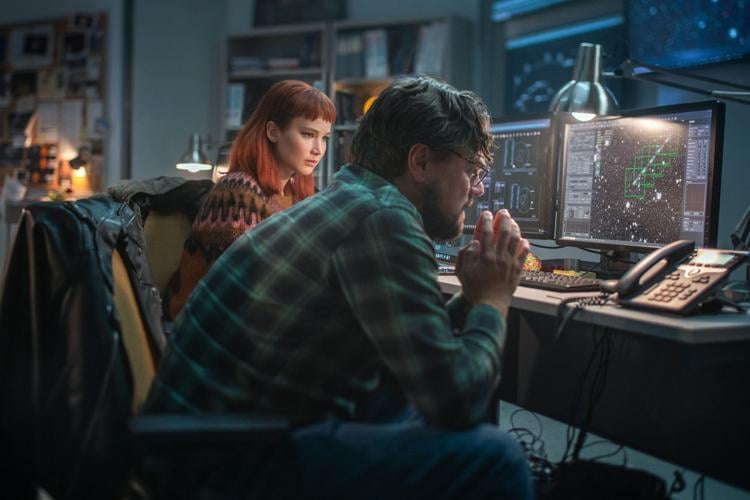 Astronomers captured asteroid 7482 in 1994 during a flyby of Earth in 1997. The space rock appears as a trail due to its very fast apparent motion.

An asteroid wider than the tallest building in the world is headed toward Earth, but a Wheaton College astronomer says don’t be worried.

“It’s way too far. It’s going to pass over five times the distance to the moon,” Dipankar Maitra, associate professor of physics and astronomy at Wheaton, said.

“There is absolutely nothing to worry about with the calculations that I’m seeing,” Maitra said.

The professor is referring to an asteroid, named 7482, that is set to make one of its closest encounters with Earth on Jan. 18, according to NASA projections.

It is estimated to be about 3,280 feet across, more than twice the height of the Empire State Building in New York and hundreds of feet taller than Dubai’s Burj Khalifa, the world’s tallest building.

Coincidentally, part of the Wheaton College campus appears in a scene in the star-studded movie “Don’t Look Up,” about an Earth-killing comet, in theaters now and on Netflix.

But unlike the politicians depicted in the Hollywood political satire, Maitra is urging people to look up. The asteroid will be visible through many armature telescopes, he said.

Unfortunately, due to the coronavirus pandemic, Maitra said, the observatory at the college is closed to the public.

NASA’s Jet Propulsion Laboratory believes the asteroid could come within 1.2 million miles of Earth, the closest approach since Jan. 17, 1933.

At that time, NASA projected the asteroid came within less than 700,000 miles of the planet, just under three times the distance to the moon.

The asteroid is expected to pass Earth again in July of this year, but at a greater distance. It won’t come as close as a million or so miles again until Jan. 18, 2105, according to NASA.

The space agency has been monitoring this particular asteroid since it was discovered in August 1994. It is classified as an Apollo asteroid, meaning its orbit crosses that of Earth’s and has axes that are slightly larger.

NASA has also classified it as “potentially hazardous” for its “potential to make threatening close approaches to the Earth.”

There are more than a million known asteroids and many that fly by Earth with little concern.

But Maitra says there are some that have the potential to cause damage, such as the asteroid that struck Russia in 2013 and was captured on numerous cellphone and security videos.

According to space.com, the Chelyabinsk meteor was a small asteroid about the size of a six-story building. It broke up over the city of Chelyabinsk, Russia, on Feb. 15, 2013, with a blast was stronger than a nuclear explosion.

It triggered detections from monitoring stations as far away as Antarctica and the shock wave it generated shattered glass and injured about 1,200 people, according to space.com

In 1908, a meteor in sparsely populated Siberia caused a 12-megaton explosion that leveled 80 million trees in what is referred to as the Tunguska event.

Then, of course, there is the gigantic asteroid that is believed to have wiped out the dinosaurs, Maitra said.

In the movie, “Don’t Look Up,” scientists played by Leonardo DiCaprio and Jennifer Lawrence try to call attention to a killer comet  but their fears go ignored.

The premise of the movie is not far-fetched and NASA is taking it seriously. In November, the space agency launched a probe to hit a small asteroid head on in the fall.

The purpose of the mission is to see if it’s possible to nudge some future cataclysmic Earth-bound asteroid off course.

In a scene filmed at Wheaton, Lawrence’s character is apprehended by the FBI and taken to the White House because she disobeyed suggestions to keep concerns about the killer comet quiet.

Maitra said he saw the movie and did not notice any glaring scientific errors, but added he wasn’t really watching the film for a scientific critique.

“It was a good political satire,” Maitra said.

The link to see the asteroid is virtualtelescope.eu.