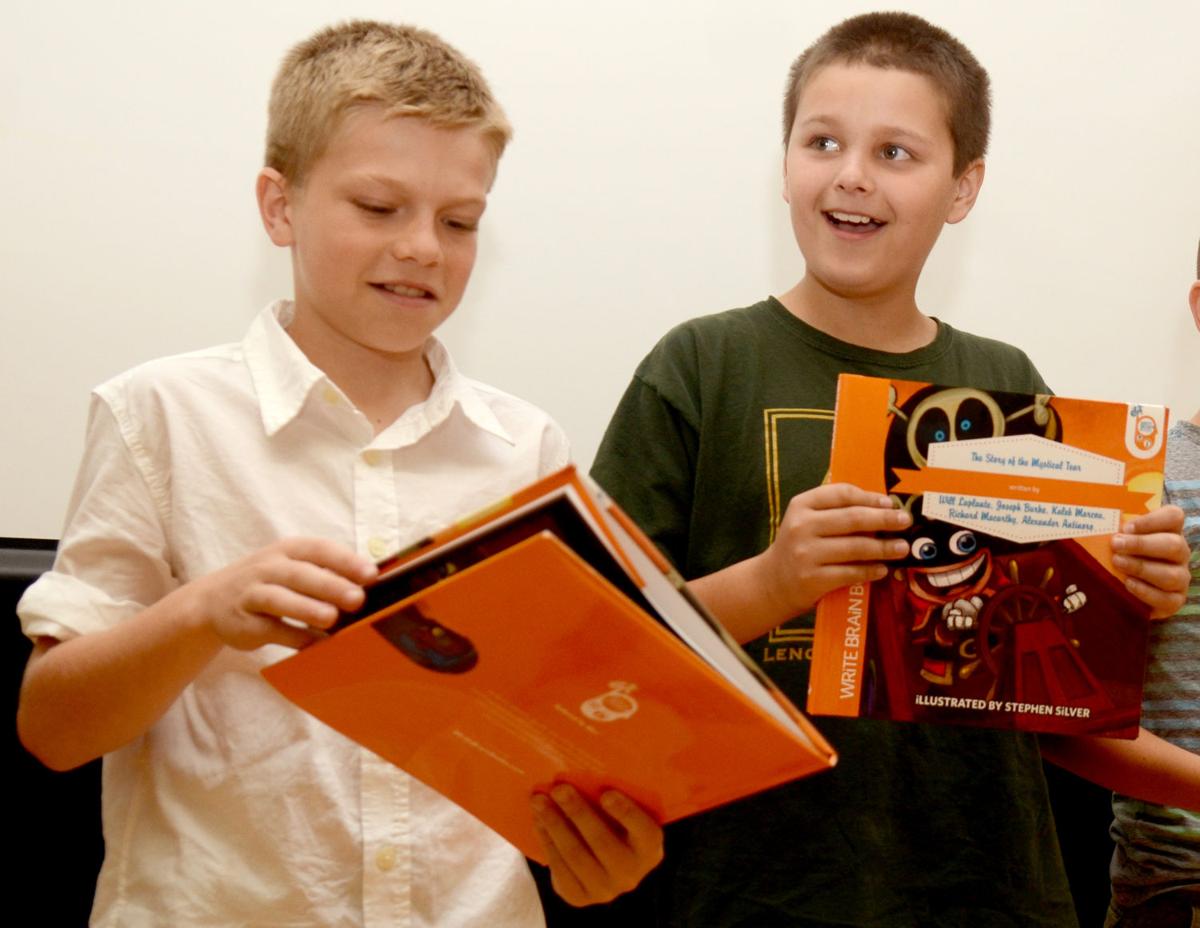 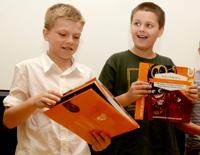 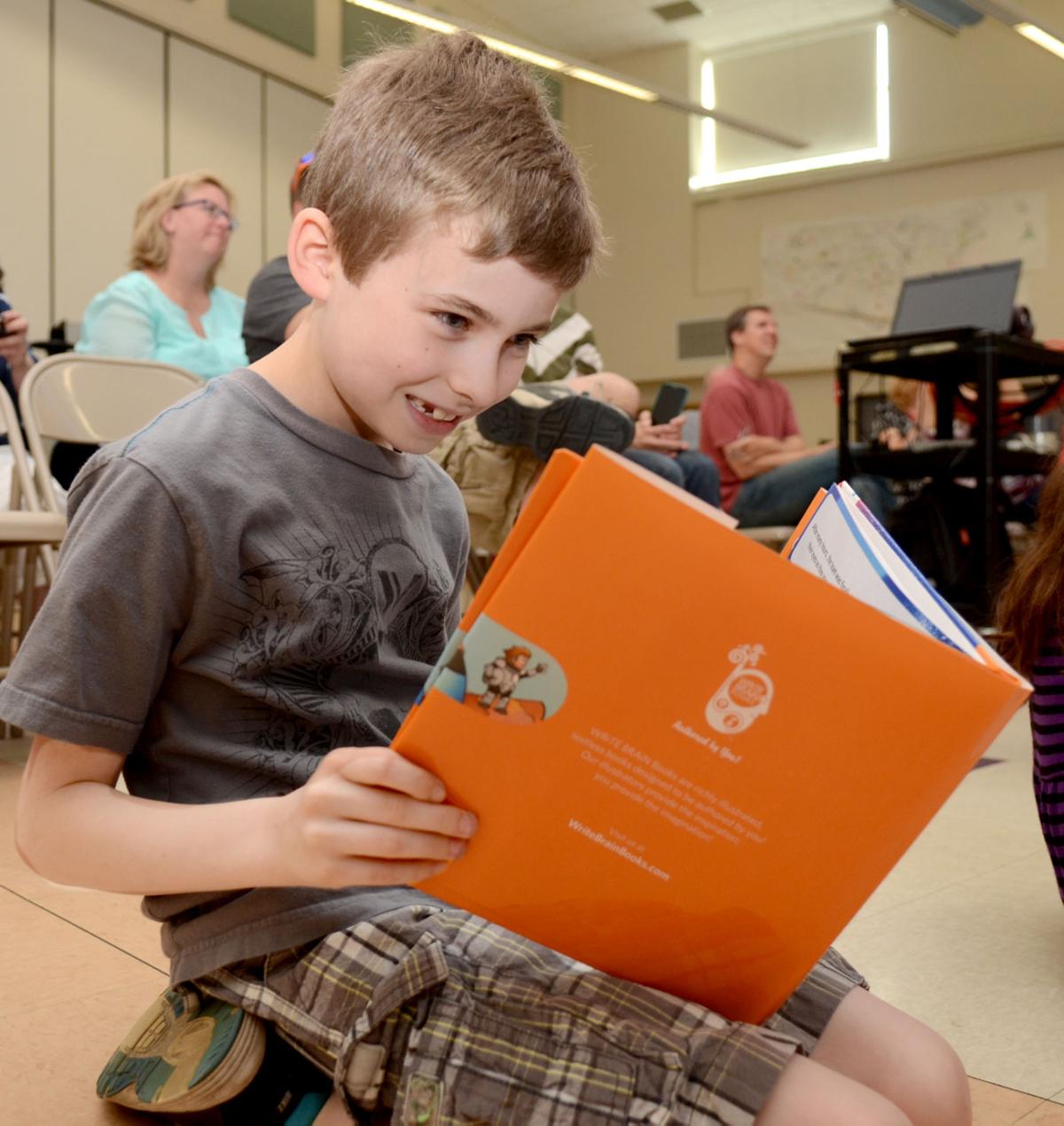 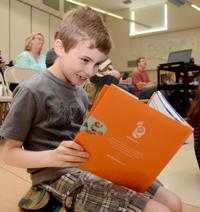 PLAINVILLE — Jeff Kinney, the best-selling author of the Wimpy Kid book series, has some new competition in the children’s literature department — and it is all because of his wife Julie.

The Kinneys were at a book conference in Los Angeles, where Julie Kinney found a booth staffed by Write Brain Books publishing company.

The firm publishes children’s book with illustrations, but no text. Children are expected to write their own stories to go with the drawings.

Julie Kinney brought four of the books to Wood School in Plainville, where fourth-grade teacher Devon Almeida turned them into a major project for her students.

Now, their versions of the books have been published and are going on sale at An Unlikely Story bookstore in Plainville, which is owed by Jeff Kinney.

The children presented their stories to parents Wednesday at the school. Write Brain founder and CEO Meredith Scott Lynn flew in from California for the occasion.

The teacher and students could barely contain their excitement.

“It’s like fireworks are going off inside of me,” Almeida said.

She said the project offered the children a unique way to learn about writing, working in teams and being creative.

“They’re not just writing stories, they are published authors. Who gets to do that, other than Jeff Kinney,” she said.

The class even had Kinney come in to the school and teach them about editing. He showed them a copy of an early draft of one of his books and compared it with the final version to show them the changes he made along the way.

Lynn, who described herself as “that chick with the curly hair,” said she came upon the idea for Write Brain Books while reading to her baby niece.

The baby book had photographs, but no text. She started making up a story to go along with the photos, when it dawned on her that children should be able to write their own stories.

A curriculum has been developed to go along with the illustrated books she publishes.

She called it “disguised learning” because the writing is fun, but also educational.

Almeida said the project has awakened the author in her. She has started writing her own book, so Jeff Kinney could have even more competition soon.