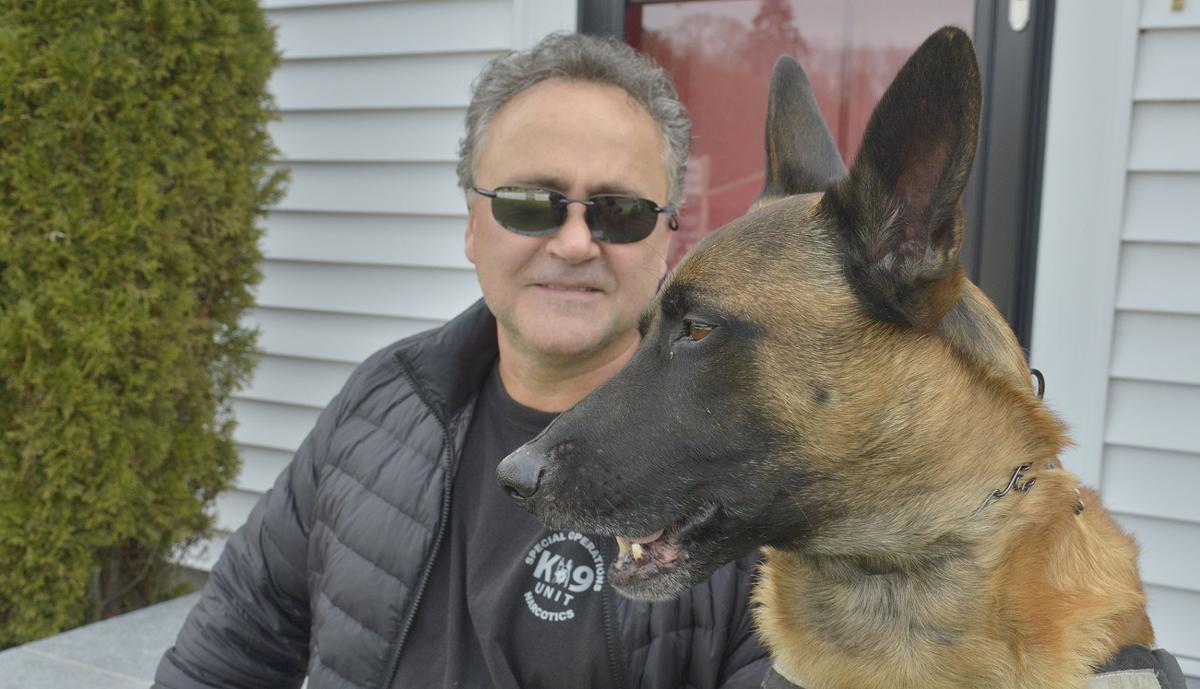 Tom Robichaud, of Wrentham, and his dog, Ben, conduct drug searches in private homes and institutions through his business Discrete Intervention. 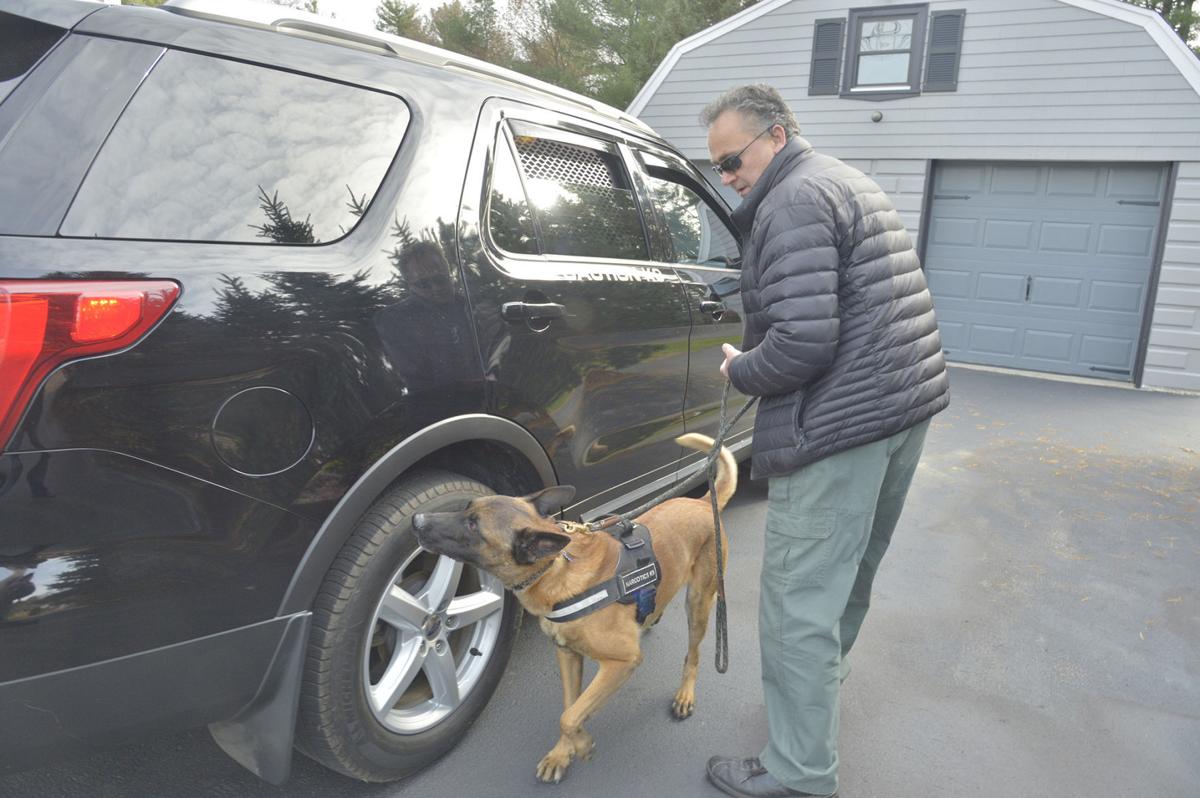 Tom Robichaud, of Wrentham, and his dog, Ben, conduct drug searches in private homes and institutions through his business Discrete Intervention.

In 2001, he lost his brother to a heroin overdose before it and other opioids were viewed as a national epidemic.

A dog trainer for about 30 years, Robichaud, 55, has run Discreet Intervention, a private drug dog search service aimed at helping families deal with drug addiction without the intervention of law enforcement. He also performs searches for private industry.

Drawing on his own experience with his brother and others he has known who have succumbed to drug addiction, Robichaud started the business almost five years ago.

“I just wanted to help families. I wanted to do something that no one else did,” Robichaud said.

Robichaud, who has the same certification as a police K-9 handler, goes to the homes of clients with his Belgian Malinois, Ben. Ben roams around the home and sits near where he smells all types of narcotics, including marijuana, Ecstasy, heroin and cocaine.

“That’s when I leave. I leave them to do what they want,” Robichaud said.

Robichaud says he does not do the actual search but merely helps the parents find the narcotics so they can arrange how to deal with their children as a family.

Robichaud says heroin addiction is rampant now, with children as young as 14 doing it without really knowing what they are getting into. He says children are using it because it is as cheap as $8 a bag. However, he said the heroin now is more potent and is often laced with the deadly drug fentanyl.

The epidemic is cutting across all social and economic lines, he said, and he has had many clients in wealthier communities such as Wellesley, Newton and Sherborn.

Many times, the parents have children who have bounced in and out of detox eight to 10 times and have slipped again. The parents are bewildered, he said.

Since starting Discreet Intervention, Robichaud said he has conducted searches of about 250 to 300 homes. He sees the toll drug addiction takes on a family.

“Usually the parents take the day off from work. They look beat. The kids have just sucked the bone marrow out of them financially,” he said.

“Ninety-nine percent of the time they give it up,” Robichaud said.

The only time Robichaud will report anything to police is when he finds a firearm or ammunition or the amount of narcotics goes beyond what is considered personal use.

He says he also offers to help parents who want to have their children committed to a treatment facility.

Robichaud says he is certified every year by the National Narcotics Detectors Dog Association. The association is a professional, non-profit organization dedicated to the use and proficiency of scent detector dogs for law enforcement and private industry, according to its website.

The association, started about 40 years ago in Texas, aims to provide training pertaining to the laws of search and seizure, using scent-detector dogs and a method of certification for court purposes.

Robichaud said he is hired by the homeowners who invite him in to search and does not work for law enforcement.