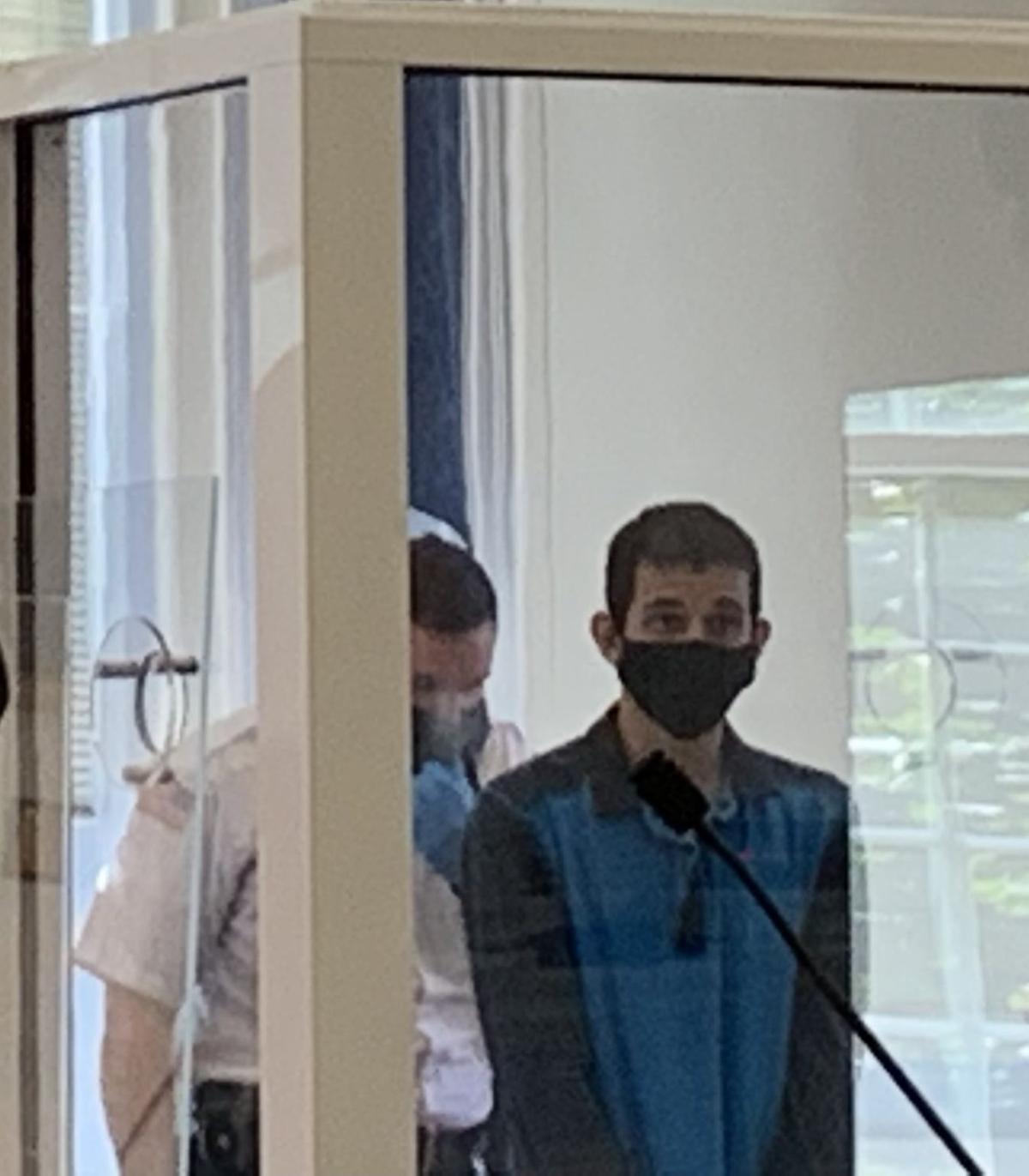 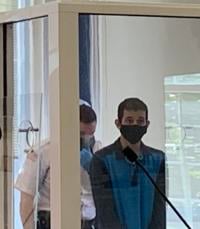 Jacob Guerrero during his appearance in Wrentham District Court Tuesday. 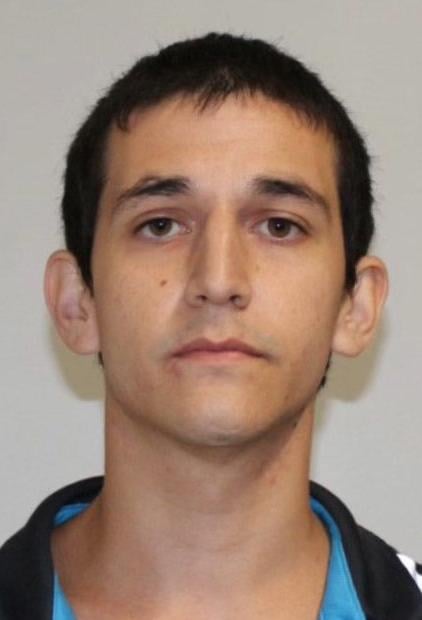 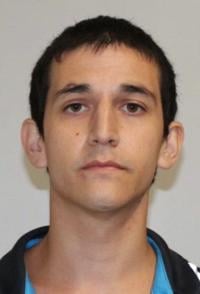 Authorities also suspect Jacob M. Guerrero of Woonsocket, an Amazon delivery driver, of taking a video of a 10- or 11-year-old girl in Norfolk who was changing into her pajamas in her bedroom. Guerrero was allegedly outside the home, which may have been on his delivery route, authorities said.

At the Wrentham mall, Guerrero allegedly dressed up in a blonde or red-haired wig and dress and wore a pen camera attached to the laces of his sneakers to take videos in a bathroom.

He allegedly entered stalls next to 12 victims and took videos without their knowledge. Of the 12, five girls were under age 18 and some were estimated to be as young as 8, Police Chief Bill McGrath said.

The chief said changes in technology are making taking secret videos possible as devices become smaller and unnoticeable, and warned that children and adults need to keep their “eyes wide open” when entering a public bathroom or fitting room.

“I think technology with all its benefits is our enemy when it comes to people who have bad intentions,” McGrath said during a press conference outside Wrentham District Court.

He said devices such as pen cameras are “used for good purposes and they are used for evil purposes. In this case evil,” McGrath said.

Pen cameras are easily concealed surveillance cameras that can record video and photos on Micro SD cards contained within the pen.

The photos or video can then be transferred to any device, including cell phones and computers, McGrath said.

The investigation revealed Guerrero, who has no prior criminal record, visited the mall almost a dozen times between July 11 and Aug. 24, usually after work driving an Amazon delivery truck, according to police.

His alleged clandestine activity went unnoticed until the mother of a girl at the mall became suspicious during one of the alleged incidents on Aug. 24 and called police.

The woman took a photo of Guerrero when she noticed he was hanging around a hallway before following a group of young girls inside the bathroom, according to police.

McGrath credited the woman with helping police identify the suspect.

“She chose to do a little detective work,” McGrath said.

The suspect left the mall before police arrived but he was identified with the help of the woman’s photo and surveillance cameras at the mall, which captured his car license plate, according to police.

He was subsequently arrested during a traffic stop on Sept. 2 on a warrant obtained after an investigation by Detective Robert O’Connell, according to police.

He was released after arraignment on personal recognizance with conditions after pleading innocent to photographing an unsuspecting nude person, also known as the “up-skirting law,” according to court records.

It wasn’t until police obtained a search warrant for his personal vehicle and cellphone that additional charges were filed, according to police.

With the help of Cohasset police forensic experts, investigators found 240 video clips and 23 images, according to a police report.

Among the evidence was the video of the girl in Norfolk, which police say was recorded March 17. Norfolk police charged Guerrero with photographing intimate parts of a child and exhibiting a child in the nude, according to court records.

In addition, the cellphone contained alleged clandestine videos of adults and children known to the defendant at his family’s home in California in July 2020 and during a vacation in New Jersey in July 2019, according to a police report.

Guerrero’s lawyer, Chris Fiorentino of Quincy recommended his client be released on personal recognizance. He declined to comment afterwards.

Assistant District Attorney Christopher Cook recommended $75,000 cash bail with home confinement and GPS monitoring due to the defendant’s lack of family ties in the area.

The prosecutor told the judge the case will be considered for a grand jury indictment and that the defendant faces a mandatory minimum 10-year prison sentence, if convicted.

If Guerrero posts bail, he must stay away from the mall in addition to the witnesses and victims in the case. He can also have no contact with minors.

The case was continued to next month for a pretrial conference.

McGrath said the investigation was continuing and that “several law enforcement agencies in more than one state” were involved.

Anyone having information concerning this case should contact Wrentham police Detective O’Connell at 508-384-2121, McGrath said.