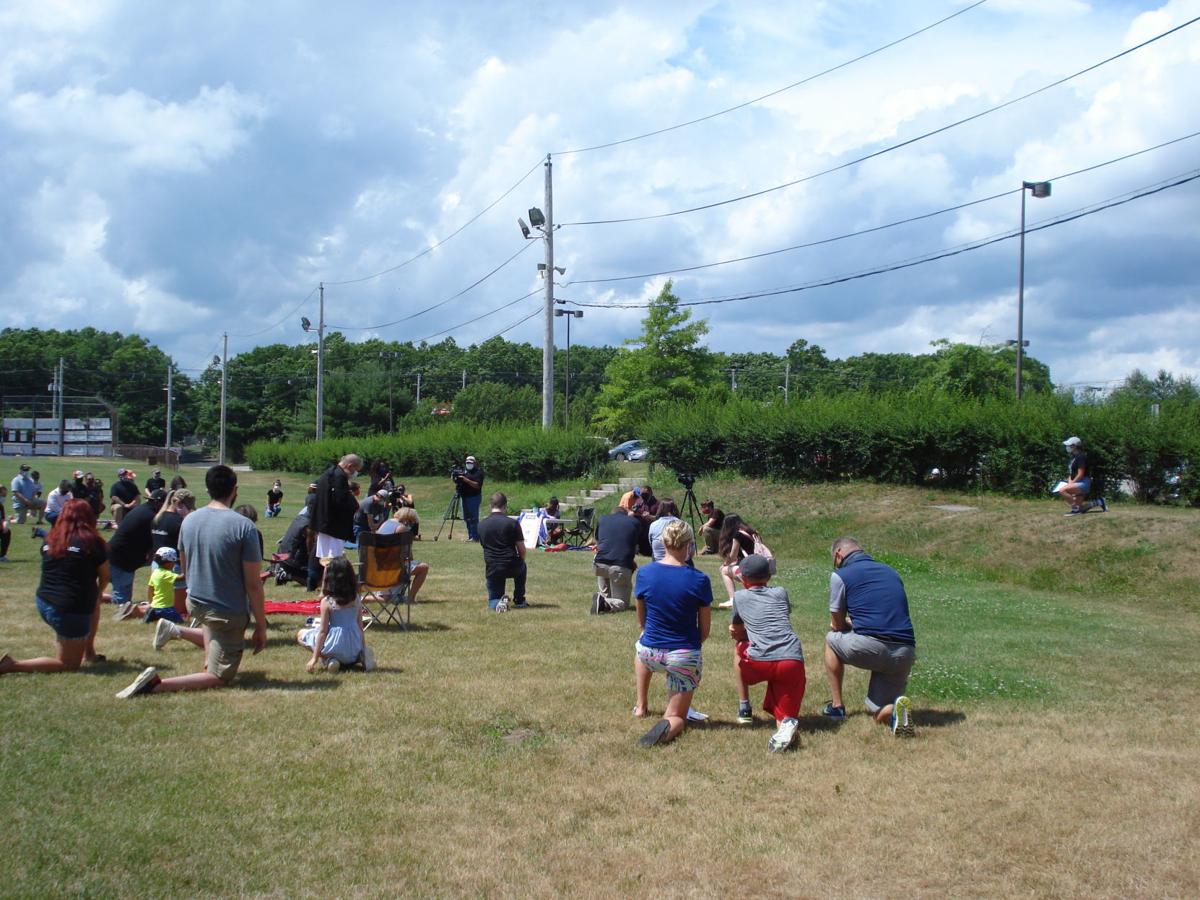 Members of a Black Lives Matter demonstration in North Attleboro kneel for nine minutes, representing the estimated number of minutes a Minneapolis police officer knelt on George Floyd's neck on May 25, leading to his death. 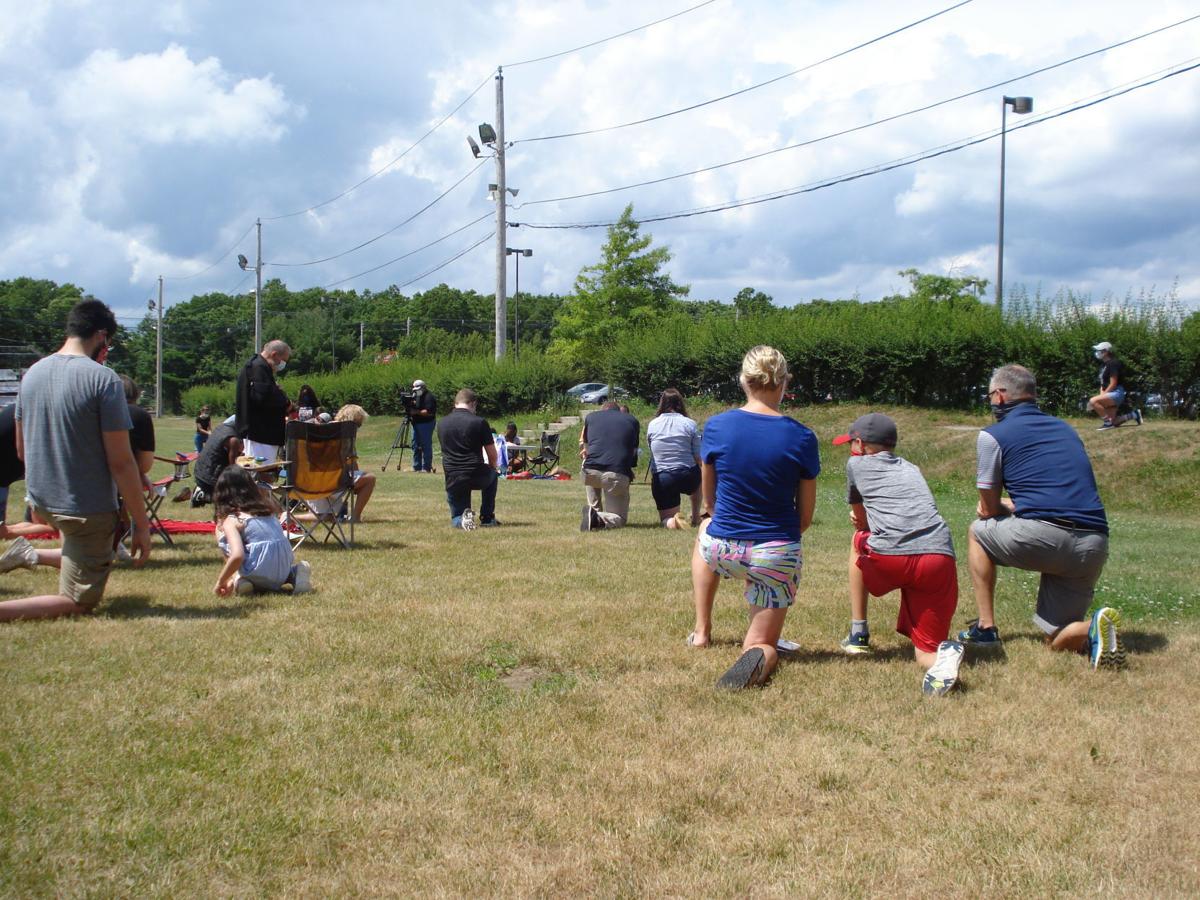 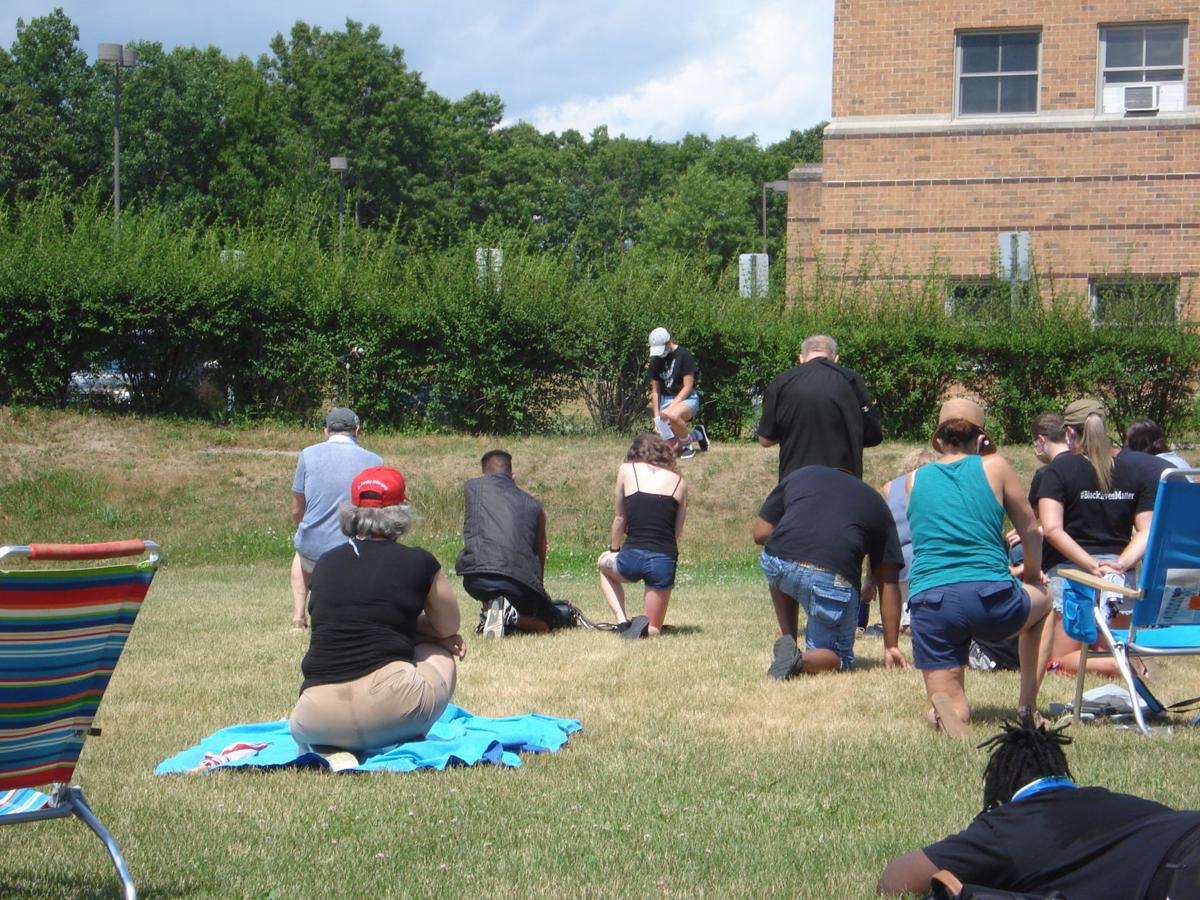 Members of a Black Lives Matter demonstration kneel for nine minutes with event organizer, 18-year-old Jocelyn Jackson of North Attleboro during a peaceful rally on Sunday at the town’s middle school.

Members of a Black Lives Matter demonstration in North Attleboro kneel for nine minutes, representing the estimated number of minutes a Minneapolis police officer knelt on George Floyd's neck on May 25, leading to his death.

Members of a Black Lives Matter demonstration kneel for nine minutes with event organizer, 18-year-old Jocelyn Jackson of North Attleboro during a peaceful rally on Sunday at the town’s middle school.

The event was coordinated by Jackson and the North Attleboro Town Council, whose attention was caught earlier in June when Jackson’s impromptu Black Lives Matter rally drew 100 people.

Despite the sun beating down on the field, the crowd knelt on one knee with Jackson for nine minutes and listened attentively to her and other guest speakers.

The speakers encouraged the audience to continue to educate themselves not just during the rally, but beyond.

Part of that education includes starting “uncomfortable conversations” with other people about racism and inequality which includes comments on social media.

However, Jackson said, it was important to speak up in an informed manner.

“It’s important to educate them, rather than attack them,” she said.

One guest at the rally, Iasha Hall of Providence, spoke of how important it was to “reset” one’s previous mindset about Black people and to “relearn” the perceptions a person may have been taught at a young age.

“I don’t care about the color of your skin. I care about how you treat me,” Hall said. “If you took the time to come out here and respect what (Jackson) has to say, then you will collectively lock arms with her and follow what she’s doing.”

The significant act of making a stand against injustice was also pointed out by Dakota Walker of Mansfield.

“Collectively, this is the time we need to break through a wall,” Walker said. “This is a struggle nobody’s going to be able to do by themselves. We’re all going to have to suffer to make sure this sacrifice doesn’t outweigh the outcome.”

Both Piere and Osa-Agbontaen spoke candidly and openly about their respective encounters with racism.

“Stop judging people. Don’t do the same things over and over again,” Piere implored the crowd.

Osa-Agbontaen talked about a neighbor who made a hurtful, racist comment to his older brother.

“These aren’t the type of stories you hear every day, but they’re still an important part of the picture,” Osa-Agbontaen said.

It was personal stories like these that moved those who attended the demonstration, including town council President Keith Lapointe, who praised the speakers for their candor.

“It takes a lot of guts to get up there and be emotional,” Lapointe said.

Chuck and Christine Greenhalge of North Attleboro were also motivated by the speakers’ personal stories.

“I felt they engaged us more,” Chuck Greenhalge said. “It encouraged me to take action.”