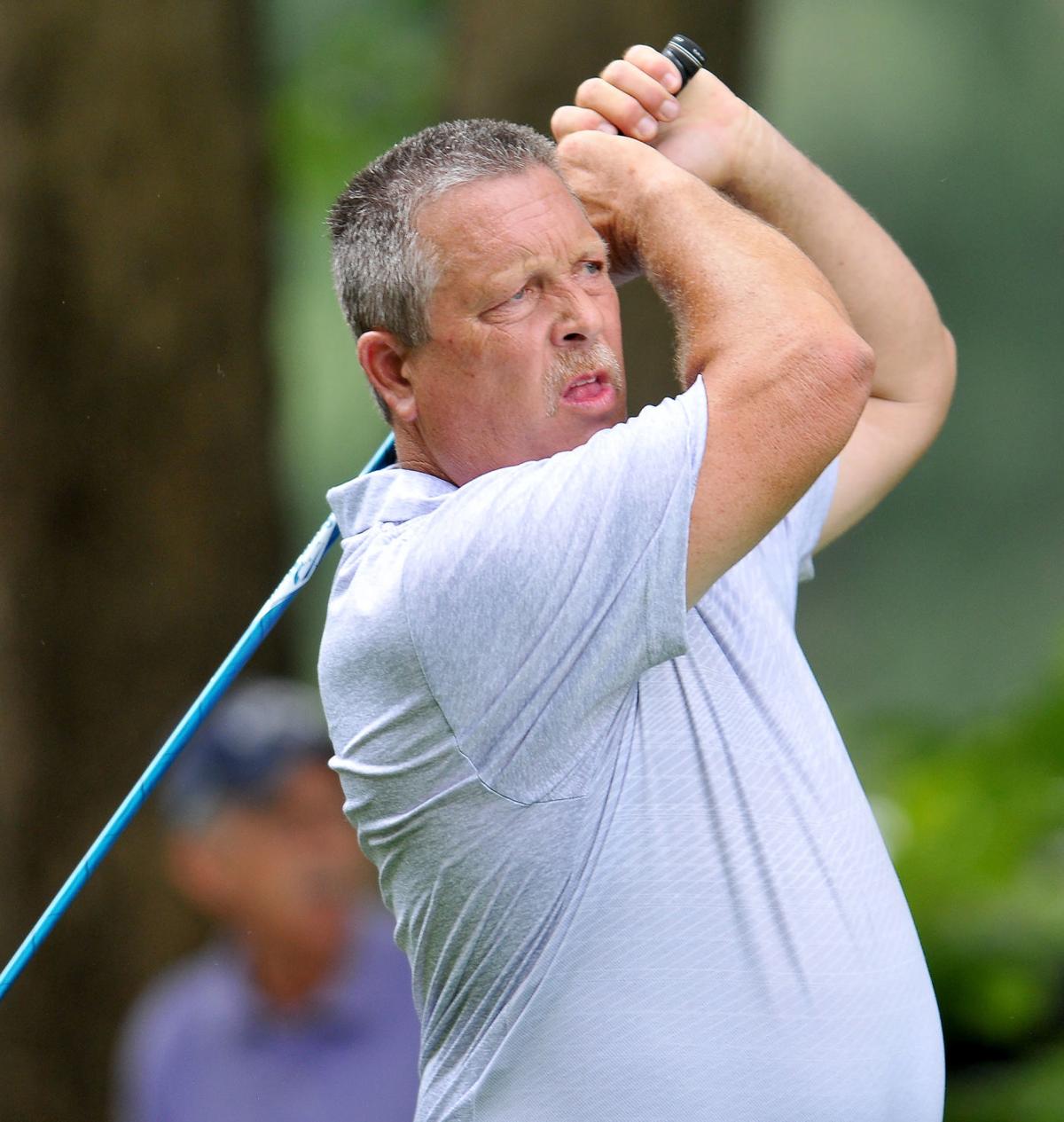 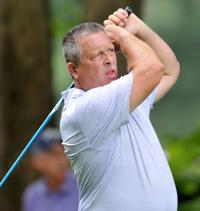 The aphorism “nice guys finish last” came to mind as I was doing the play-by-play of the approach shots and putts of the final group on the 18th green at Norton Country Club late Sunday afternoon, Aug. 17.

The phrase, based on a quote by Brooklyn Dodgers manager Leo Durocher in 1946, didn’t exactly describe Derek Johnson’s years playing in the Attleboro Area Golf Association championship, but it came close.

It’s not that Johnson isn’t a nice guy; in fact, he might be one of the friendliest and most courteous people I’ve ever had the pleasure to be paired with in a tournament.

Durocher’s words aren’t an exact match because Johnson has never come close to finishing last in an AAGA tournament. He has almost always been in the hunt and that’s what was so cruel about his history in the championship.

There is a designation on the PGA Tour that best described Johnson and the AAGA: “Best player to never win a major.” The AAGA championship, known as the “City Open” to local golfers, is the ONLY major in these parts and Johnson was certainly the best to not have hoisted the trophy during the awards presentations that had followed the tournament’s 72nd hole.

Johnson had finished in the top 10 an incredible 24 times entering this year’s tournament — including second place finishes on five occasions, third eight times, fourth once and fifth way back in 1991.

The loss I always remembered was the most heart-wrenching.

It was in 2006 and I recall he needed to make a short putt on the former Highland Country Club’s 18th hole to force sudden death. The gallery gasped in disbelief as he missed the putt.

The beneficiary of that rare miss was Johnson’s friend and someone he had played with hundreds of times at Highland, fellow member Bert Bouley.

It was obvious that Johnson was disappointed, but he showed tremendous class while watching Bouley accept congratulations from the gallery surrounding the green.

The AAGA championship has become a young man’s tournament and no one knows that better than Marc Forbes. The 16-time winner announced prior to the 2019 tournament that it would most likely be his last — although the committee would love to see him return for their 60th championship next August.

Forbes told me after his round at Norton that the younger golfers play a different game. “I hit a drive around 250 yards and I was almost 90 yards short of (North Attleboro High grad) Tyler Sinacola,” he said in disbelief.

The dominance by younger players is what makes Johnson’s win even more amazing.

And it’s one of the reasons why Forbes and the seven other champions met him on the 18th green to offer congratulations after the 298th shot of the long weekend found the bottom of the cup.

I stated during the North TV cablecast that it was something I had never witnessed in my more than three decades of covering the tournament.

That celebration was moments after an emotional scene for Johnson and his family. Tears flowed as he shared a long embrace with his son, daughter and wife Helen.

Helen probably knows her husband’s game better than anyone, as she would almost always walk with him as he tried to play as many holes as possible before the sun disappeared behind the trees on Highland’s former first green.

Those nights and decades of AAGA championships have allowed her to share in her husband’s love of the game.

I can only remember one time when she wasn’t on hand to follow him all four days of the tournament and that was only because she was out of state helping one of their children move into college. Thank God that wasn’t the case this year.

Derek Johnson is the AAGA champion, proof that nice guys can finish first!

Peter Gay is the executive director of North Attleboro Community Television Inc. — North TV. The views expressed in his column are not necessarily those of North TV. He may be contacted at pgay@northtv.net.