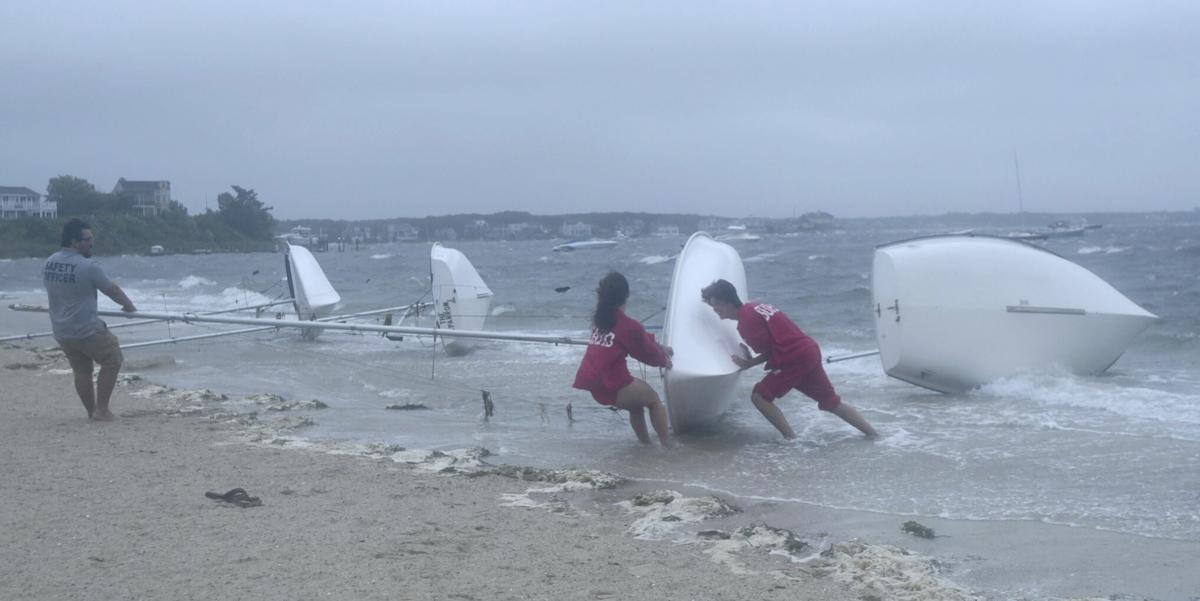 A regional publication recently ran a story about the impact of the cold, wet weather on people vacationing on Cape Cod during the first two weeks of July.

While the weather has certainly had an impact on the time families have spent on the beach, I know firsthand that it is has been a boon for businesses as they try to recover from a disappointing 2020.

Most people scheduling a vacation on the Cape do so well in advance and book cottages and hotel rooms long before weather forecasts are available. Parents and those without children, therefore, need to find something else to do when they can’t work on their tans or swim in the ocean.

You’ll no longer find me in the water but I will join Pattie on the beach and catch up on my reading while strategically placing myself under one of the two umbrellas I hammer into the sand.

With our beach days limited to only three this year, we made more trips into Wellfleet center and Provincetown’s Commercial Street than in the past.

We made a total of four trips into Ptown (not counting my daily afternoon drive for my 99 cents iced coffee) this year, the most in the 30 years Pattie and I have made the annual trip together. As a result, it was the most money we’ve ever spent dining and shopping.

“We’re on vacation and the weather is lousy,” I said every time I pulled the credit card out of my pocket.

What surprised us more than the weather, however, was the scarcity of available reservations.

Pattie suspected that might be the case, so she called for a reservation a week before our trip to book a table at our favorite restaurant on Commercial Street the night of Bridget’s 25th birthday. She asked for a table around 7 o’clock. The best we could get was 5:30 p.m.

My nephew vacations a few yards from us during the same week and is a big fan of The Mews, an upscale restaurant, also on Commercial Street.

He and his wife typically dine at the restaurant at least twice during their week, but not this year. “There were no reservations available,” he told us.

It turns out the number people wanting to get out after being housebound for much of last year was only one of the reasons why reservations were hard to come by. We discovered that “fully booked” did not mean there was a party sitting at every table. Empty tables were common.

You have to feel for business owners, they’d be pocketing even more money if not for the current labor shortage.

It’s no secret that there are some who are reluctant to return to work until the extra $300 a week in unemployment compensation they are receiving as part of the CARES Act runs out. In addition, young people across the globe who traditionally work on the Cape during the summer were unable to do so due to limitations put in place by Gov. Charlie Baker.

As a result, almost every business up and down the busy street had signs placed in their windows seeking help.

While the end of CARES Act money will run out in a couple of months, September will be too late to help Provincetown and other communities up and down the Cape in their quest to fully recover.

Then there’s the possibility restrictions to stem the spread of COVID-19 will return before than as they have in Los Angeles, where masks are once again required for all residents even if they have been immunized.

The coronavirus is not in the rearview mirror. In fact, Provincetown officials announced that a handful of new COVID-19 cases were reported during the week we were there.

Hospitals in Arkansas, where only 35 percent of the population have received both vaccines, are at near capacity. A recent report found that 99.2 percent of people across the nation contracting the coronavirus had not received one of the three vaccines available.

Even the weather won’t be able to save businesses if that doesn’t improve.

Peter Gay is the executive director of North Attleborough Community Television Inc. — North TV. The views expressed in his column are not necessarily those of North TV. Reach him at pgay@northtv.net.