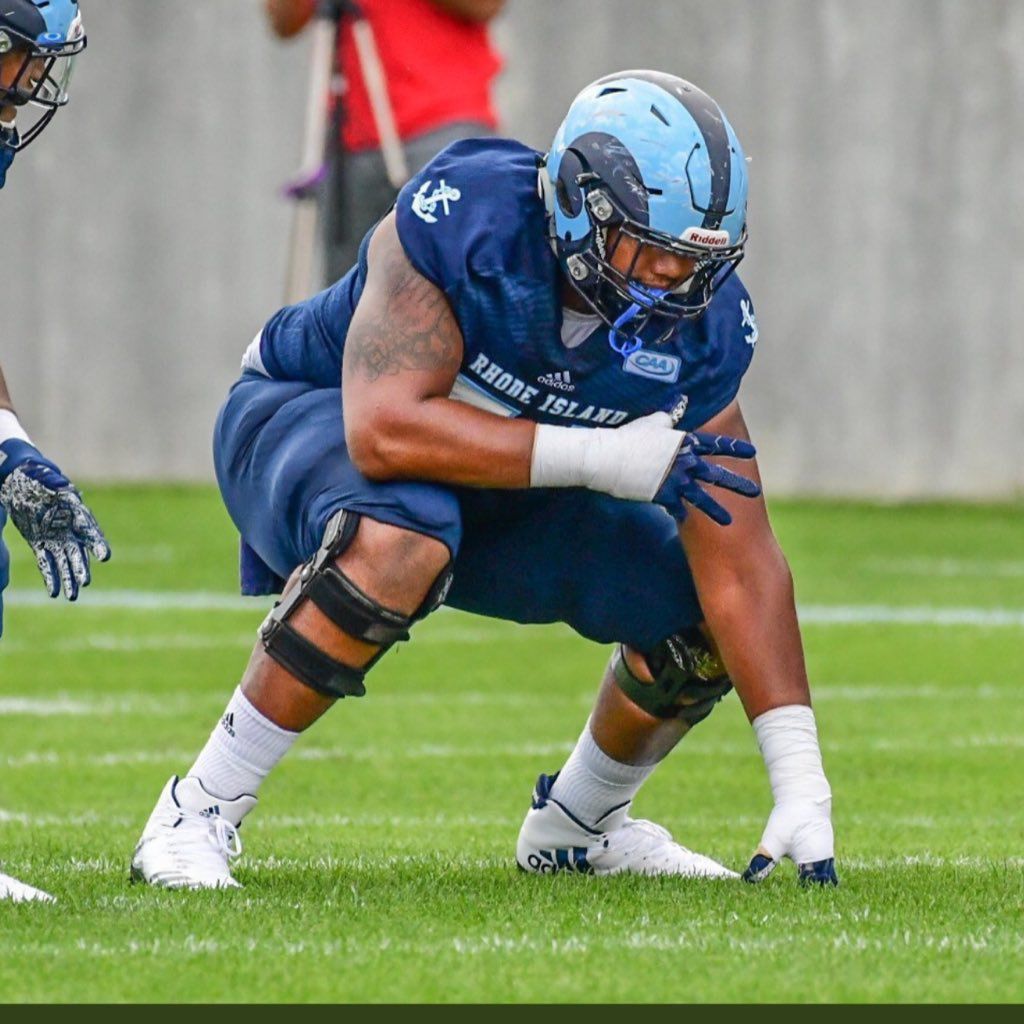 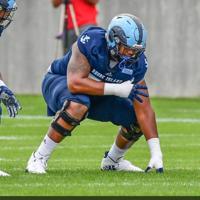 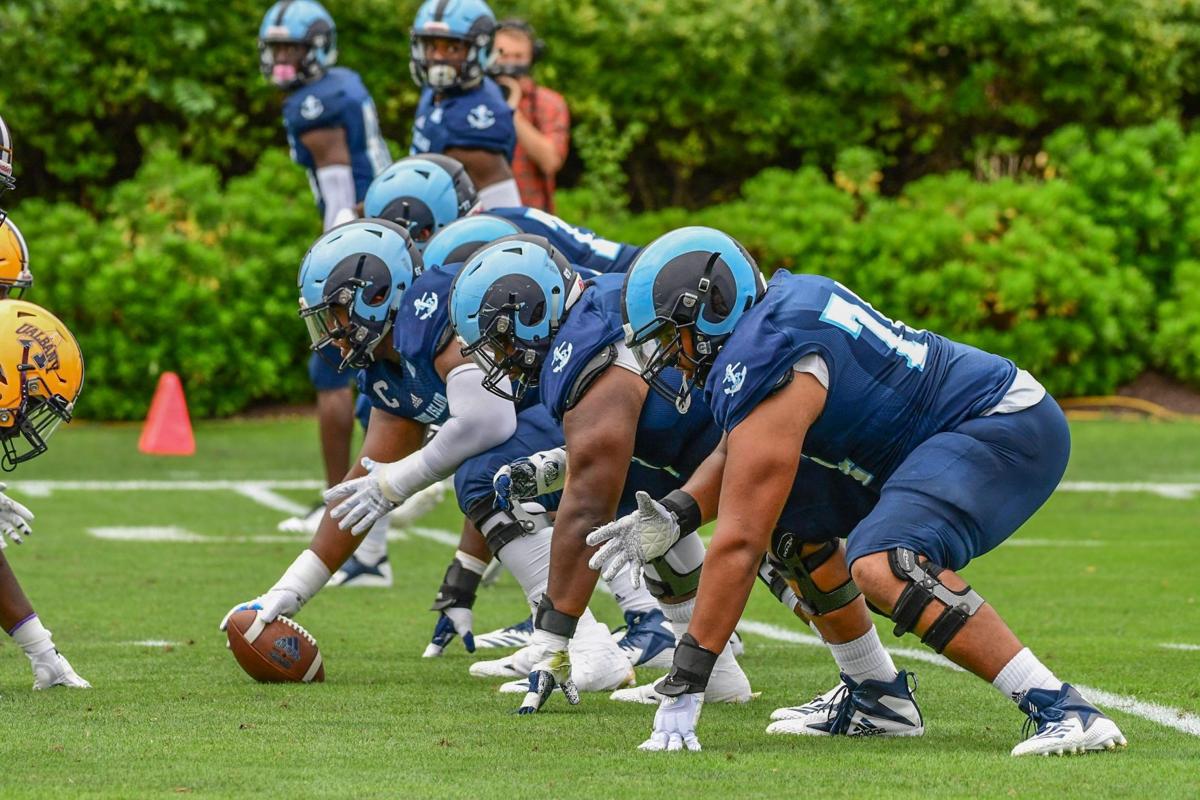 Former Attleboro High player Kyle Murphy is shown playing center for the University of Rhode Island when the team hosted SUNY Albany in Kingston, R.I., in 2018.

Former Attleboro High player Kyle Murphy is shown playing center for the University of Rhode Island when the team hosted SUNY Albany in Kingston, R.I., in 2018.

To this day, Attleboro High football coach Mike Strachan will mention the first day that he set eyes upon a freshman by the name of Kyle Murphy.

“We knew that he was a really good player coming out of youth football (South Attleboro White Hawk League),” recalled Strachan. “I had heard that he wasn’t going to play football. So I went up to him and said, give me a week or so to see if you like football.

“I hate to say the rest is history, but truly he is the kid who worked harder than anybody else, he was so coachable from day one and got better every single year.”

Fast-forward eight years and Murphy, a two-time All-Colonial Athletic Association selection as an offensive lineman at the University of Rhode Island, is ranked among the top 25 at his craft, the lone player from a FCS-member school to likely be selected in the NFL draft which begins Thursday night.

“I’m just living a dream,” said Murphy of his cachet among the nation’s best offensive linemen, hoping to hear his name called and his phone ring with an NFL team on the other end.

Murphy has been a four-year regular, a three-year starter on the offensive line at URI for Rams coach Jim Fleming, and to this day, like Strachan, always speaks of “wanting the opportunity.”

Murphy wanted an opportunity to prove to NFL scouts that he was a worthy candidate to play professional football, and participated in the East-West game, a showcase for college seniors.

Now Murphy projects to be among the players selected in the fourth, fifth or sixth rounds, with the New England Patriots, Tampa Bay Buccaneers and Minnesota Vikings having taken interest.

“The past couple of weeks, I’ve had a lot more teams contact me for interviews,” Murphy said of the anticipation of the NFL Draft. “It’s been kind of a surreal experience.”

Murphy was one of three Rams to participate in the East-West Shrine Bowl in January at Tropicana Field in St. Petersburg, Florida. The showcase event is geared for seniors like Murphy from FCS (Football Championship Sub-Division for Division I-AA) schools to get more than a blip on the radar by NFL scouts.

Murphy was a member of the East squad, which was coached by Mike Caldwell, the linebackers coach of the Tampa Bay Buccaneers, while Vikings line coach Phil Rauscher served as the line coach — notably, two of the teams most mentioned to be coveting the former Bombardier.

“it was a great experience for me to play in that game, especially with guys from the power-5 schools,” added Murphy, whose versatility and skill set to play all three positions on the offensive line add to his résumé. “I went there to show people that I belong, that I was there for a reason,” he said of his eye-opening experience. “I went there to show them my ability.”

As a senior, the URI captain started 11 games at left tackle, and the Rams were one of just two teams in the CAA (Colonial Athletic Association) to amass over 3,500 passing yards and 1,000 rushing yards. The Rams’ offensive line allowed a league-low 2.17 sacks per game, despite averaging some 42 passes a game.

As a junior, Murphy also started 11 games, 10 at left tackle and one at center, with the Rams averaging some 121.6 yards per game. And as a sophomore, Murphy started all 11 URI games as well, making six starts at left guard and five starts at right tackle.

Murphy is the lone player from an FCS school in New England to rank among the top 25 offensive linemen, and one of only two from New England to be mentioned in national scouting services, along with John Phillips of Boston College.

“He made the (AHS) team his freshman year and started as a guard, then moved to tackle, but what was so unique about him was that he was a very quiet, coachable kid,” added Strachan. “He was humble and a great teammate; with Kyle, it was all about the team.”

Murphy received interest from Clemson University as a sophomore, but thereafter it was Central Connecticut, New Hampshire, Sacred Heart and URI that expressed the most interest in him joining their football programs.

“The difference in him was that he wanted to finish plays,” added Strachan. “You look at his highlight films from college, and he finishes plays. That’s what separates him.

Murphy became a true student of the game under Strachan at AHS, while also endlessly watching game film with assistant coach Chris Burns, who played collegiately at Northeastern and imparted upon him the value of good footwork and technique.

“He took to that coaching,” Strachan said of Murphy developing his footwork and handwork as a blocker. “He always wanted to learn more. Why he finishes plays is because he watches so much film. He has a motor that never quit. He took that pride.

“His work ethic was great, too. He took it upon himself to get better — he was a special athlete, one of the top players to ever come out of this area for sure.”