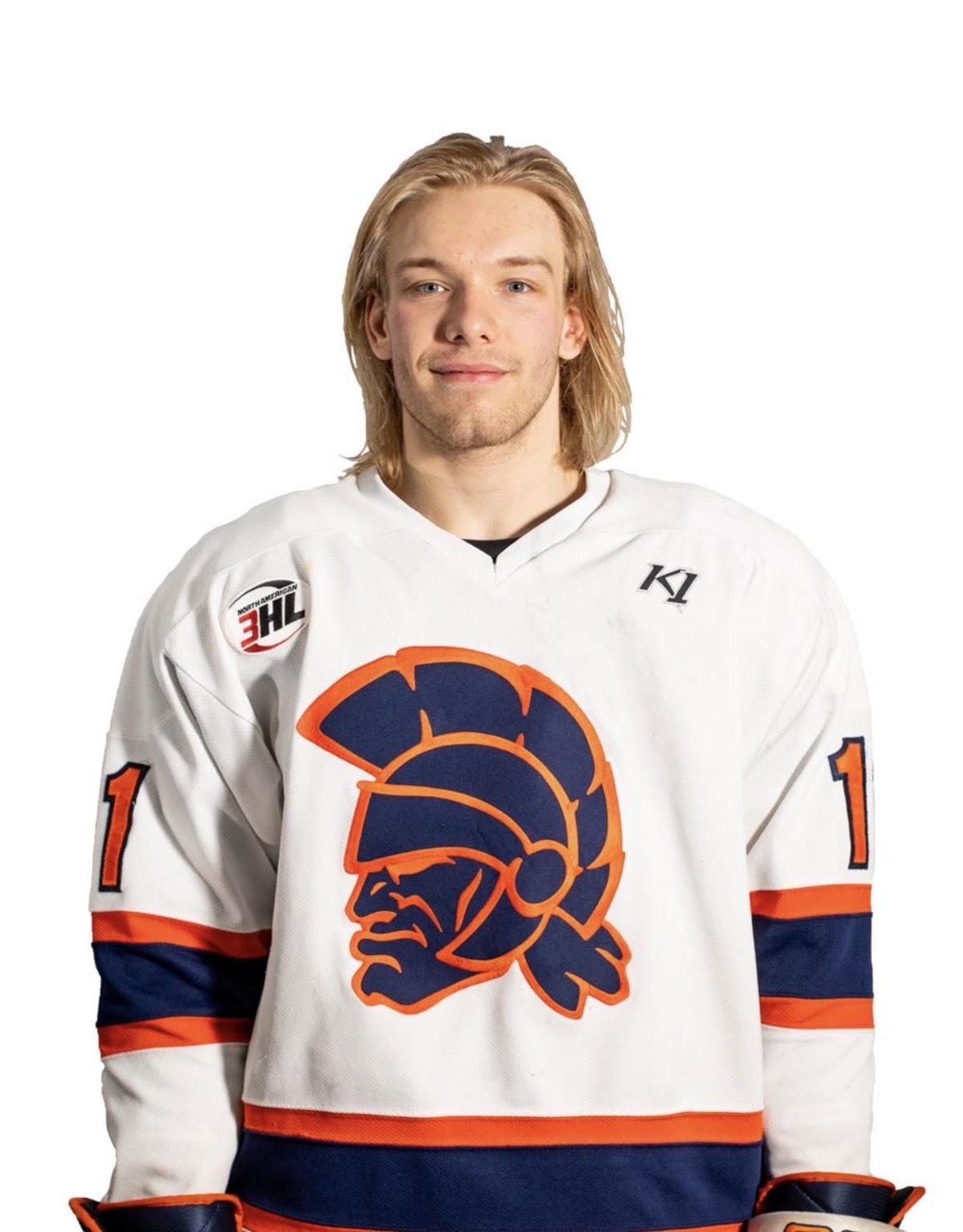 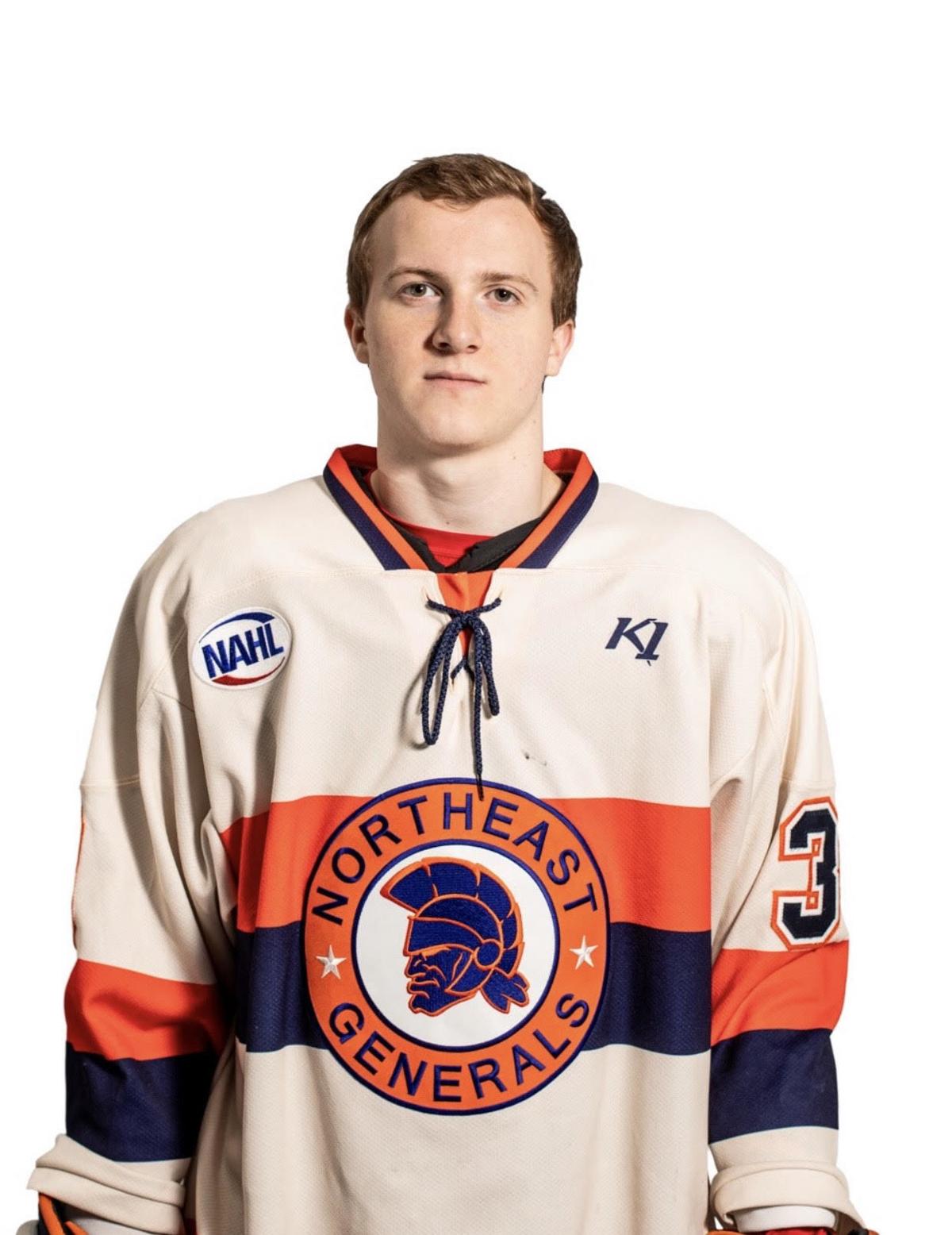 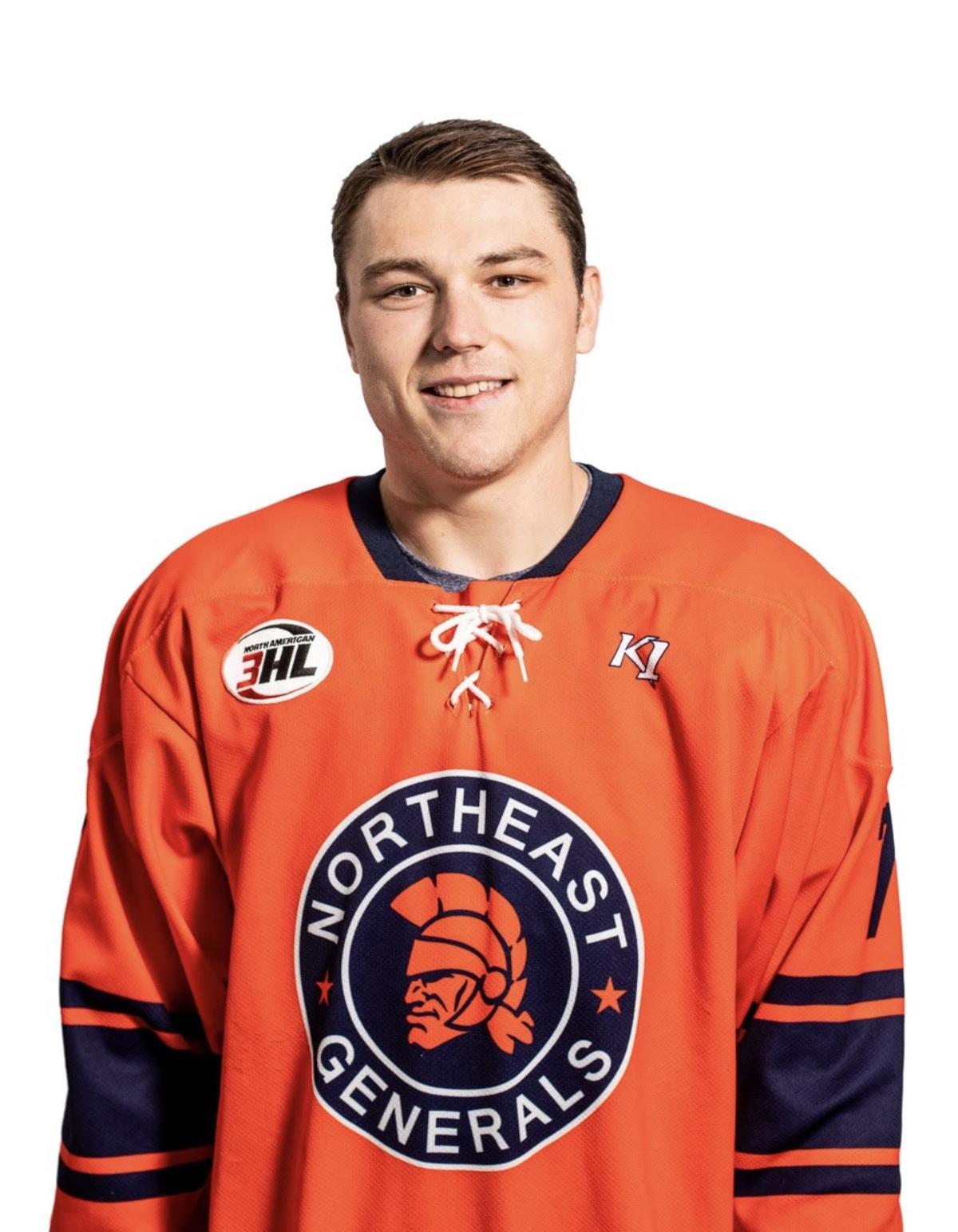 ATTLEBORO -- For two straight seasons now, the Northeast Generals Tier-3 team in the North American Hockey League has put the highest-scoring trio on the ice.

Koyle Bankauskas of Coventry, R.I., the center, has produced 200 points, with 106 goals over 94 games over the past two NAHL seasons.

Stephen Gerbis of Bradenton, Florida, the left wing, has totaled 147 points, with 103 assists through the span of 90 games at the ice house that is the New England Sports Village.

And Carson Asper of Mechanicsburg, Pennsylvania, the right wing, has been a model of consistency, with 68 goals and 68 assists this season wearing the jersey of the Generals, has 136 points in 82 games over two years on Commerce Blvd.

Each cracked the 100-point plateau this season.

But the Stanley Cup of the NAHL (the Fraser Cup) could not be taken home by the Generals, as the COVID-19 pandemic forced the cancellation of the playoff series.

The “ABG” line had helped the Generals' Tier-3 team to rise to the top of the Coastal Division at the regular season’s end with a gaudy 40-6 record. Not just that, but the ABG line had created a 321-100 advantage for the Generals in goals for and goals against.

Bankauskas had delivered a single-season NAHL-record 69 pucks into the back of the net this season. And he was an unheralded hockey player too, playing at the Division 2 level of the R.I. Interscholastic League at Coventry (R.I.) High before attending a “showcase” camp in Michigan two years ago.

Asper played high school hockey too, at Cumberland Valley High in Pa., while also landing a look-see by the NAHL with the Philadelphia Junior Flyers youth program -- totaling 80 points, with 42 goals in 51 games.

And Gerbis played high school hockey also, at, of all places, Xaverian High in Westwood for two years, living with an aunt and uncle in Scituate while also enhancing his ice time in the Boston Bandits youth program.

The 6-foot-2, 188-pound Asper, another 19-year-old, was as proficient at passing (52 assists) the puck as he was in turning on the red light (51 goals) in his second season with the Generals.

And the 6-foot-1, 185-pound Gerbis had accounted for a remarkable 77 assists this season to go along with 32 goals over a 47-game span. Heading to Morrisville (N.Y.) State in the fall to play hockey, Gerbis accounted for 103 assists and 44 goals over two seasons with the Generals.

The Generals had won their first game of the Final Four Coastal Division playoff series with the Raynham-based New England Knights before the NAHL, receiving league, federal and state guidelines, opted to cancel the duration of the season on March 12.

Now all three members of the ABG line are rollerblading and running through their neighborhoods, conducting their own weight training and conditioning workouts, while firing pucks into nets in the driveways of the family house.

That is, Gerbis being the exception, as he is often generally out on a boat fishing for grouper and snapper off of the West Coast of Florida.

“All three of us are very competitive,” said Bankauskas of his linemates. “Plus the fact that we played together much of last season too. We developed a chemistry, and we’re all motivated to play well and bring it to the next level.”

Bankauskas played in the Pawtucket-based R.I. Saints youth program out of the Lynch Arena. He found a home with the Generals after the Michigan Showcase. “It was a good fit,” he said of being able to live at home and take classes at CCRI.

Bankauskas said he “found some speed” and moved from being a puck-rushing defenseman in youth and high school hockey to the forward line at center. “I can score goals, I score a lot from 5-10 feet out in front of the net, but I can make plays too,” he said of his proficiency, since his shot accuracy rate is off the charts.

“I don’t shoot from far out too often,” said Bankauskas of his skill at tucking home loose pucks and rebounds for goals. “It has helped that we know each other’s strengths, where we like to get the puck, where we like to shoot it from.

“We don’t like to spend a lot of time on defense; we’re in the offensive zone most of the time, we want to put the puck in the net.

It has been nearly two months since the ABG line laced up its skates, and pending federal, state and local guidelines, the trio doesn’t know when they will be able to walk into a rink in Rhode Island, Pennsylvania or Florida.

“He is always going 100-percent on and off the ice,” Generals coach Daryl Locke said of Gerbis’s preparation and 60 minutes of play. “There are no shifts off or days off for Stephen. He was a logical choice to step up and fill the leadership role.”

Similarly, Bankauskas has been a revelation every shift on the ice for Locke. “He had an adjustment to this level, but it was quick,” said Locke of his transition from R.I. high-school hockey. “His work ethic is incredibly high and his speed is crazy -- he has simply gotten better every day.”

Who’s this kid Bankauskas? That’s what scouts from NCAA Division I, II and III programs, the American Collegiate Hockey Associations, the NAHL, and the NHL were proclaiming after he totaled 10 points in three games at the Michigan showcase tournament.

This season alone, Bankauskas -- the Generals’ Lou Bourdon MVP Award winner -- had six hat-trick games (scoring five goals in his fifth game of the season) and scored nine shorthanded goals. “Banks shows he is right there,” Bryan Erikson, the Generals' Tier-2 team coach said, excited to have a goal-scorer of his caliber on his roster for next season.

“We had good chemistry coming into this season, we started rolling right from the beginning,” Bankauskas said of the trio’s productivity.

Gerbis was selected to play in the NAHL Tier-3 Prospects Tournament, a showcase for NCAA Division I, II and III teams, opting to play Division III college hockey at Morrisville, located some 30 miles outside of Syracuse. The 20-year-old Gerbis completed his academic workload online through a Southern New Hampshire University program.

Gerbis played with the York, Pa., Skipjacks' USPHL Under-16 program and was falling behind on his studies. So his parents “said that’s not happening anymore,” so his dad, a Scituate native, and his mom, a Millis native, made arrangements to improve his academic and athletic profile in the Bay State.

“I'm up there training, went to Xaverian, and pretty much didn’t want to leave Massachusetts after that,” he said of signing on with the Generals.

“It’s been an amazing fit; everything that they told me about the program was exactly what they said. They were true to their word,” added Gerbis.

“We started building some chemistry last year,” said Gerbis of his linemates. “Coming in this year we all kind of knew each other, knew where we were going to be on the ice, knew our playing styles, and we took it from there and brought it up to the next level.

“We had the ability; we knew what we could get.”

The Generals averaged seven goals per game this season, with the ABG line creating multi-goal and multi-point games aplenty.

“We were pretty good with our shooting accuracy,” added Gerbis. “Throughout the whole season, our line didn’t spend much time in the D (defensive) zone. Ninety-eight percent of the time we were playing in the offensive zone.

“For sure, the speed made a big difference -- we kept working on our skating, kept getting faster. We put our work in, speed was to our advantage. We took that speed and put it to use.”

Gerbis is trying to remain up to speed in his pandemic-forced off-the-ice work on the West Coast of Florida.

“I get up, go for a 15-mile bike ride, go rollerblade for a few miles, go for a run and shoot some pucks, then go out on the boat and go fishing, that’s my day!,” beamed Gerbis from Bradenton (south of Tampa), hoping to get back to the New England Sports Village for the Joe Lovell Training Camp and to the Boch Arena in Waltham for elite training with collegians and pros.

“It’s was a great run through the season,” added Gerbis. “It’s unfortunate that we didn’t get to show that we should be the champions.”