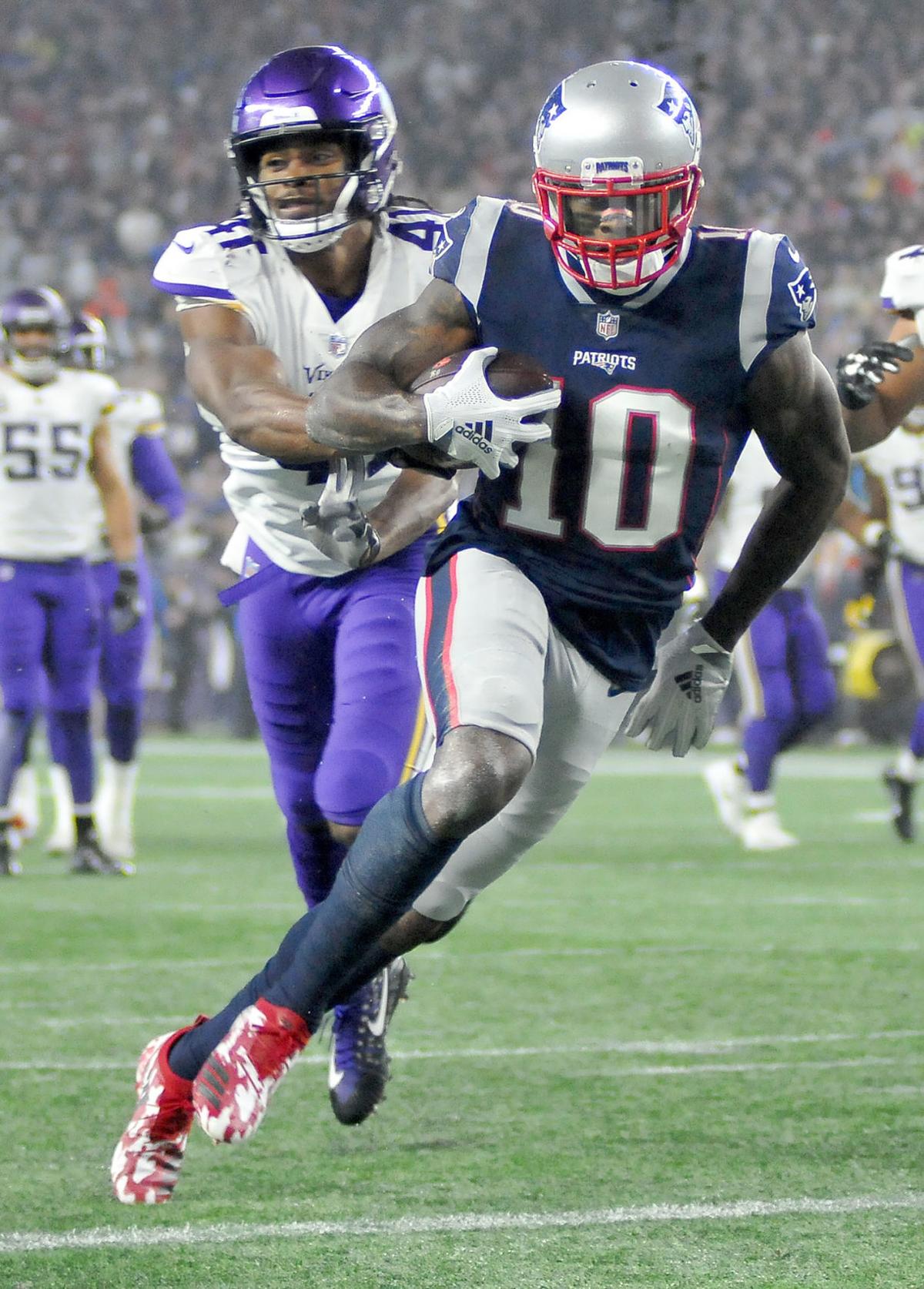 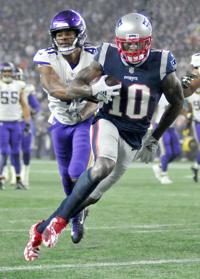 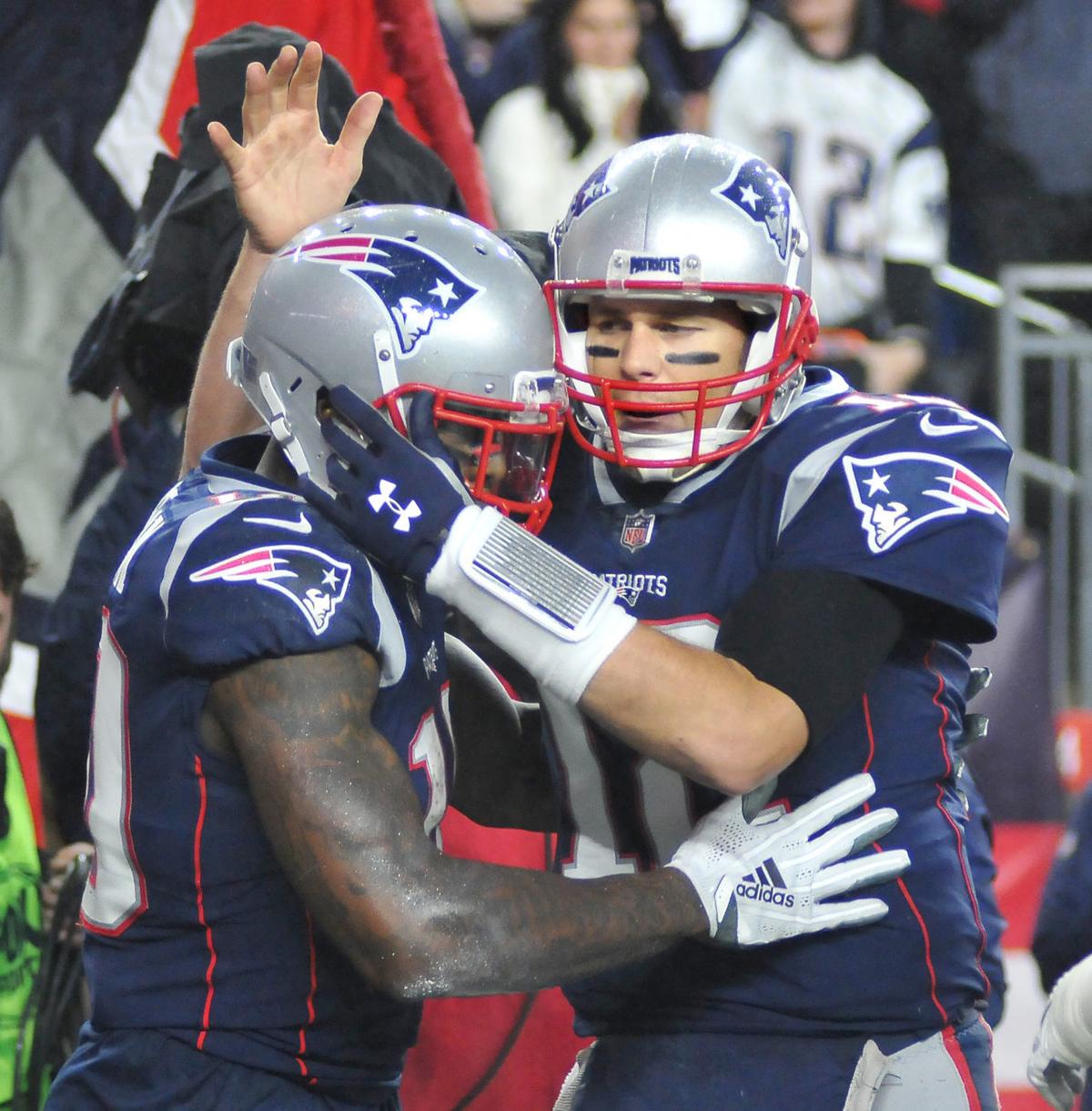 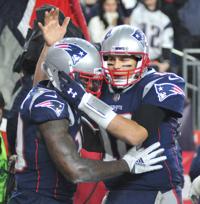 So when Gordon was not targeted in the first half, it seemed, for lack of a better term, strange. However, with so many weapons on the Patriots’ sideline, he knew to stay in it mentally.

He knew he would get his chance, and when he did he made the most of it.

Gordon was on the receiving end of Brady’s 579th career touchdown pass with less than a minute to play in the third quarter. The score was Gordon’s second reception on the drive and gave the Patriots the lead for good en route to a 24-10 victory over the Minnesota Vikings at Gillette Stadium on Sunday.

“It was great. You know, I just had to be patient,” Gordon said. “I think that’s how the flow of the game was going. We all let it play itself out. It was great to just get an opportunity, make a play and the rest of it was just fun.”

Gordon said the game plan, which seemingly included the Patriots sticking to short-yardage passes through much of the first half, was not something he entertained himself with.

“You know what, I don’t really question the game plan, I just went along with it,” Gordon said. “It seemed to work in our favor, and the coaches, my trust is in the coaches. I think they trust me, so it worked out for us.”

Tight end Rob Gronkowski was also targeted just twice in the first half despite what seemed like a thin defensive backfield for the Vikings. Gordon, however, was the spark the Patriots needed in the second half.

On the touchdown drive which concluded with his third touchdown in a Patriots uniform, Gordon also started the possession with a 24-yard gain on the first play.

Two plays later — a 15-yard gain from Brady to Gronkowski and a 12-yard run by James White — Gordon was pretty much alone over the middle and scampered into the end zone virtually untouched.

Gordon again came up with a big play on the next offensive possession. On the first play of the drive, Gordon helped the Patriots move 20 yards downfield as he drew a defensive pass-interference penalty.

Six plays later, Patriots fullback James Devlin scored his second touchdown of the game to put the Patriots ahead 24-10 with 10:57 left in the game.

Gordon’s success with the Patriots has provided the offense a lift since New England acquired the receiver from the Cleveland Browns. And making history with Brady on Sunday was not the first time, either. Gordon was on the receiving end of Brady’s 500th touchdown pass Week Five against the Colts.

“It must be fate, I guess, I won’t say coincidence” Gordon said. “But it’s great to be on the receiving end of it. I’m extremely humbled to come out here every Sunday and get a chance to play, let alone with Tom Brady, the greatest to ever do it. So, to be a part of history with him? I can’t really even put the words to describe what that means to me. But, it’s just great to have the opportunity.”

Gordon finished with three second-half catches for 58 yards and two game-changing receptions. He now has 34 receptions for 609 yards and three touchdowns in nine games as a Patriot.

He seems to be happy with his new home, and the Patriots share the idea.

“It felt like home a long time ago,” Gordon said. “The atmosphere is very welcoming. It took me a little bit to get acclimated to the area. Other than that, it’s been pretty smooth so far. And that’s due in part to the facility, the organization, just everyone helping me along the way.”