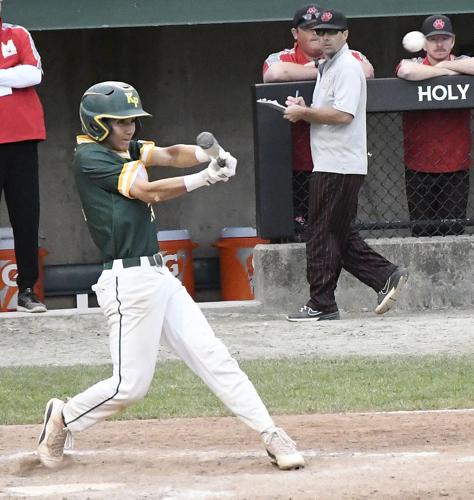 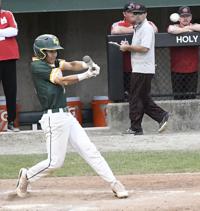 Sean Sullivan ropes a ball into the outfield for King Philip on Saturday night. 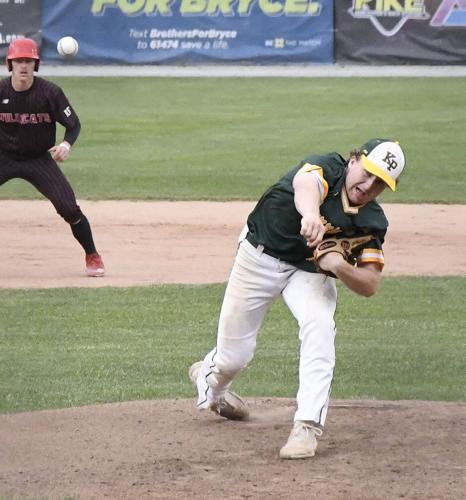 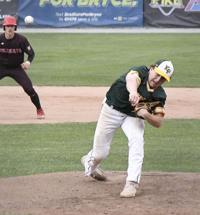 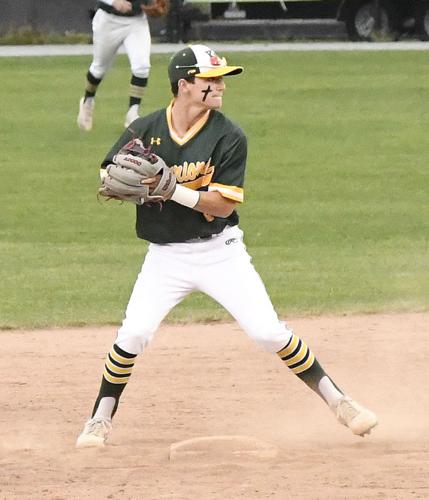 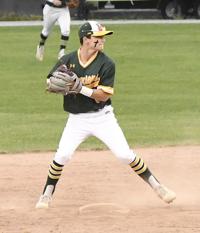 King Philip second baseman Brendan Weddleton receives the ball from and looks to first base after recording a force out for the Warriors. 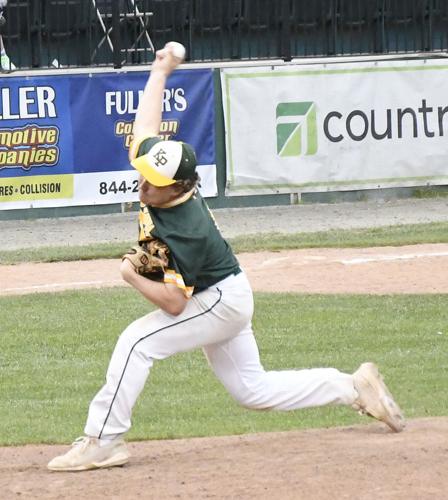 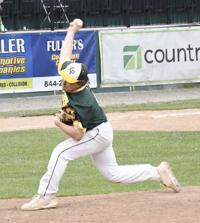 Sean Sullivan ropes a ball into the outfield for King Philip on Saturday night.

King Philip second baseman Brendan Weddleton receives the ball from and looks to first base after recording a force out for the Warriors.

WORCESTER — Top-seeded Milton High knocked off No. 2 King Philip Regional High on Saturday night, winning its first MIAA Div. 2 state baseball title in school history with a 4-2 win in the tourney final at the College of the Holy Cross’ Fitton Field.

The loss closes the Warriors’ season at 16-9. It was a long season where head coach Jeff Plympton felt the team was overlooked in rankings for most of the way. However, the thoughts and reflections of the season culminating at the state final were all positive for Plympton considering that the program was struggling a few years ago.

“We came up a little short,” Plympton said. “I’m just proud of the way the guys played. The program wasn’t in a great spot a few years back and this group of seniors have really led the charge and turned it around.

“They played a little bit of an underdog role all season and I couldn’t be happier with where we are as a program going forward. Our future looks bright.”

Milton (22-3) got on the scoreboard first with a single by Owen McHugh into left to score Jimmy Fallon. Despite the run allowed, KP pitcher Rudy Gately worked out of the inning, stranding two runners to avoid more danger.

The Wildcats added another run in the second, getting a bases-loaded fielders’ choice to score. King Philip tried to work a double play on the fielders’ choice but couldn’t complete the turn at secnd base, although it did force Milton to strand runners on base.

King Philip’s first run came in the top of the third as Eli Reed laced a one-out double that went off the shortstop’s glove and into deep left-center field. Reed was brought home by Max Robison in the next at bat, with Robison singling into right field.

“We stuck around, and that’s where we kind of wanted to be,” Plympton said. “Just to be able to be one or two runs down, with our bats (hopefully) coming around to make it up. It just didn’t happen.”

Milton added another run in the fourth on a passed ball, scoring Marcus Ollivierre. Two innings later, the dagger for the Warriors came on an RBI triple by Milton’s Jimmy Fallon in the bottom of the sixth to make it 4-1.

The RBI knock drove Gately out of the game with one out and a runner on third, allowing just four hits in his 5 1/3 innings. Tommy McLeigh came on in relief for King Philip and stranded runners to keep it a three-run game entering the seventh inning.

“I had all the confidence in the world in Rudy,” Plympton said. “He’s a hell of a pitcher for the last two years for us and I’m excited for him to come back. Tommy McLeish coming in a tough spot, that’s not easy. He has composure and did a fantastic spot.

Needing three runs to send the game into extra innings, King Philip led off the seven with a Brendan Sencaj stand-up triple. Sencaj scored on a fielder’s choice off the bat of Gately, but the Warriors were unable to make any more magic happen, grounding out to second to end their season.

“Heck of a fastball, probably sitting around 90 (miles an hour),” Plympton said. “That’s probably the best curve ball we’ve seen all year. So that’s just next level, that’s who you’re going to see in Division I baseball. I thought we gave him a pretty good bid, too.”