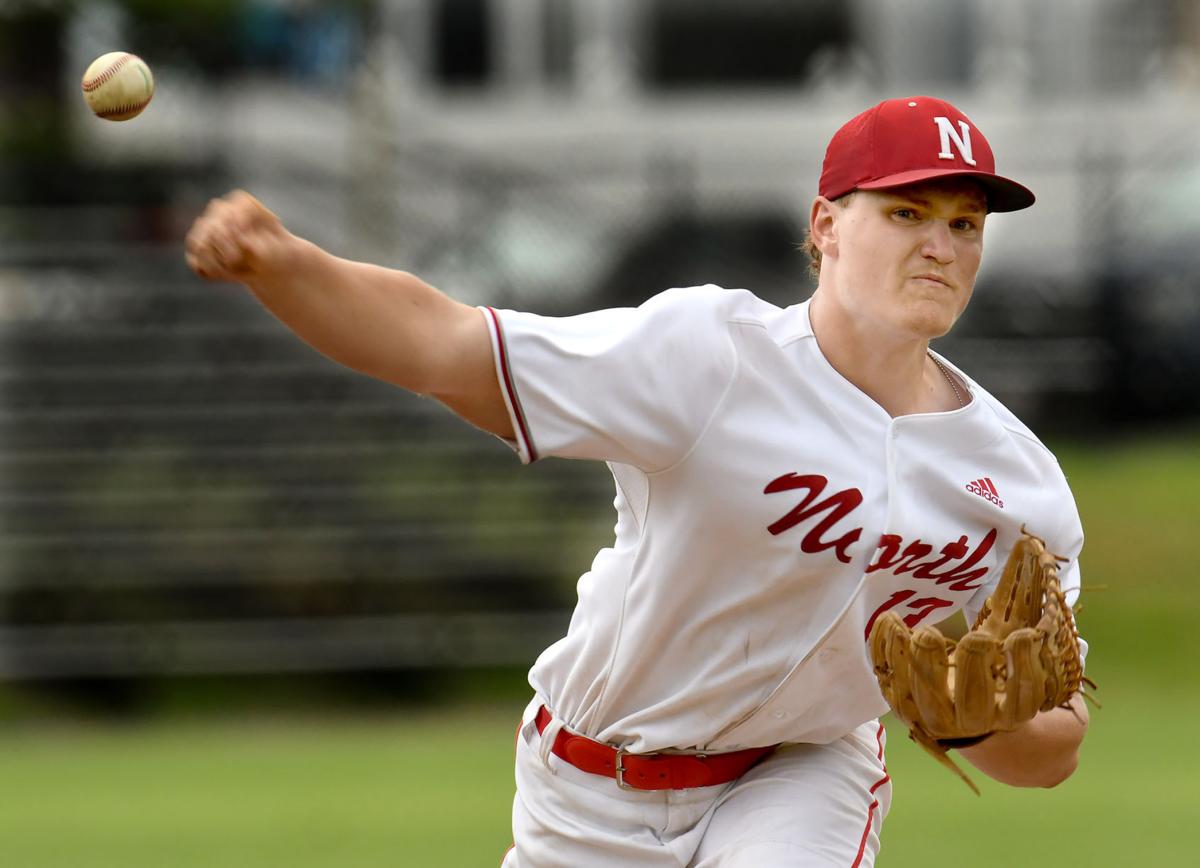 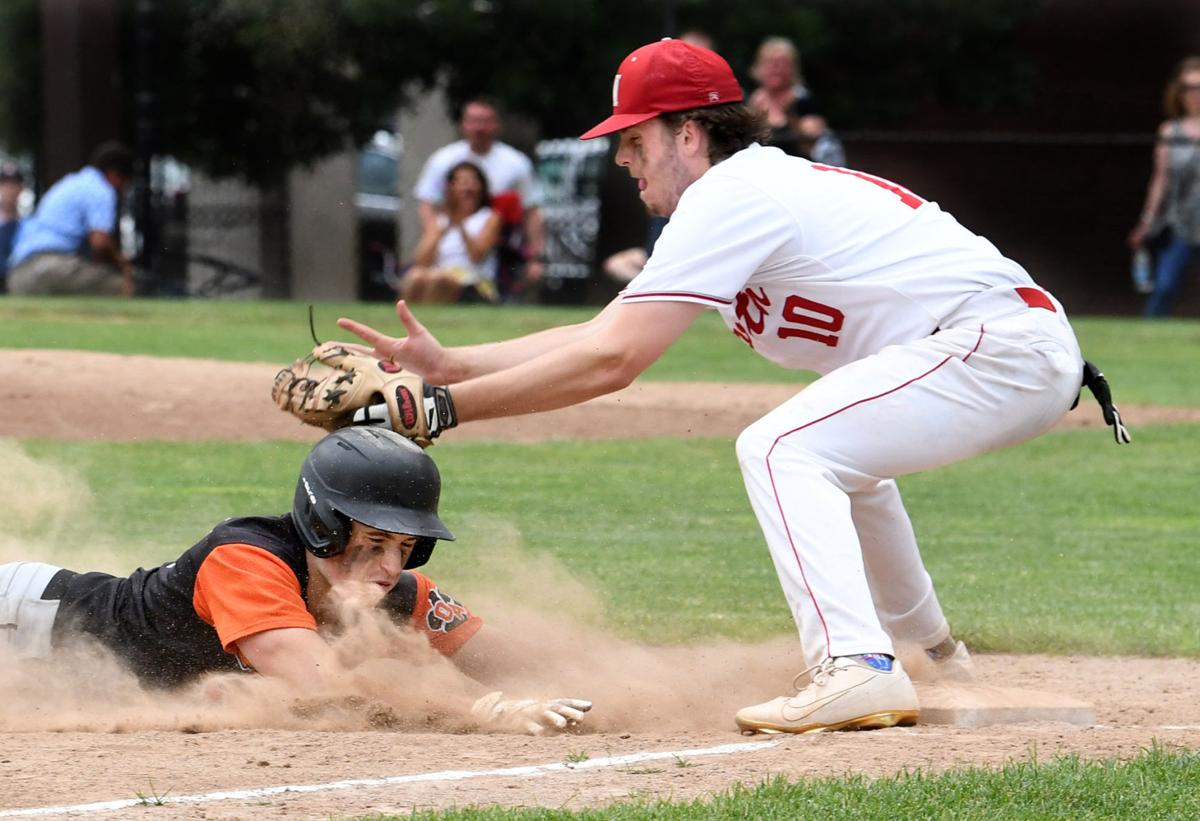 NORTH ATTLEBORO — The third hit of the game by junior Gavin Wells proved to be the most memorable of his varsity career with the North Attleboro High baseball team Monday in the first round of the MIAA Division 2 South Sectional at Community Field.

The Rocketeers survived a 5-0 deficit after two innings and wasted a four-run lead in the seventh inning only to take a heart-stopping 12-11 victory over Hockomock League rival Oliver Ames Monday.

The No. 8 seeded Rocketeers (10-5) could have hung their heads after senior righthanded pitching ace Dennis Colleran was tagged for five hits and five runs, allowing nine base runners over the first two frames.

The Rocketeers could have wilted after Oliver Ames tied the score at 11-11 on a mammoth three-run homer off of the bat to the center field bleachers by the Tigers’ No. 7 batter in the order, Nate Fulford.

“With our guys, we play every way through every inning, that’s the way that it’s been over the past three weeks,” beamed North coach Mike Hart of the Rocketeers’ resilience.

After wasting a four-run lead on three OA hits in the seventh, North responded in the bottom of the frame as the first four Rocketeers all reached base. Senior leadoff batter Jared Penta (three hits, two runs) singled into left field, stole second base and after Danny Curran reached base on an infield single, both advanced on a balk.

Derek Maceda, a .447 hitter on the season for North and No. 3 batter in the order, drew an intentional walk to set the stage for Wells.

Wells reached base on an infield single in a four-run third inning for North and stroked an RBI single into right field in a six-run fifth inning. Then with the bags jammed, Wells looped a two-strike single into right center field to plate the game-winning run.

North had taken an 11-7 lead in the sixth inning when Colleran smashed a leadoff solo homer into the center field stands.

The Rocketeers began their comeback in the third inning by scoring all four of their runs with two outs. Penta drew a walk and Curran was hit by a pitch, while Maceda’s mis-played ground ball allowed one run to score. Another OA infield error on a ball hit by Aidan Conrad plate a second run, while Tyler Bannon drew a walk on a bases-loaded 3-and-2 pitch to force in anothe run.

North gained a 10-7 lead by using give hits in the fifth inning to score six runs. Conrad was hit by a pitch and Colleran drew a walk to begin the spree. Bannon reached base on a bunt single. A ground ball by Justin Vecchiarelli pushed one run home and Nik Kojoian followed with a two-run double into right center field to knot the score.

Penta followed with a single, then with two outs, Maceda laced a two-run double into center field and Wells had his second hit.

OA used three hits to score two first inning runs. A botched potential double play ball in the second inning opened the door for the Tigers to added another three runs (on two hits, a hit batsman, a walk). Then Jake Waxman uncorked a two-run homer in the fifth inning to give the Tigers a 7-4 edge.

“We kept battling back, that’s a testament to the Hockomock League,” Hart said of the competition. “We chipped away, we battled back — that’s just Hockomock League baseball. That game was long from over until the last out.”