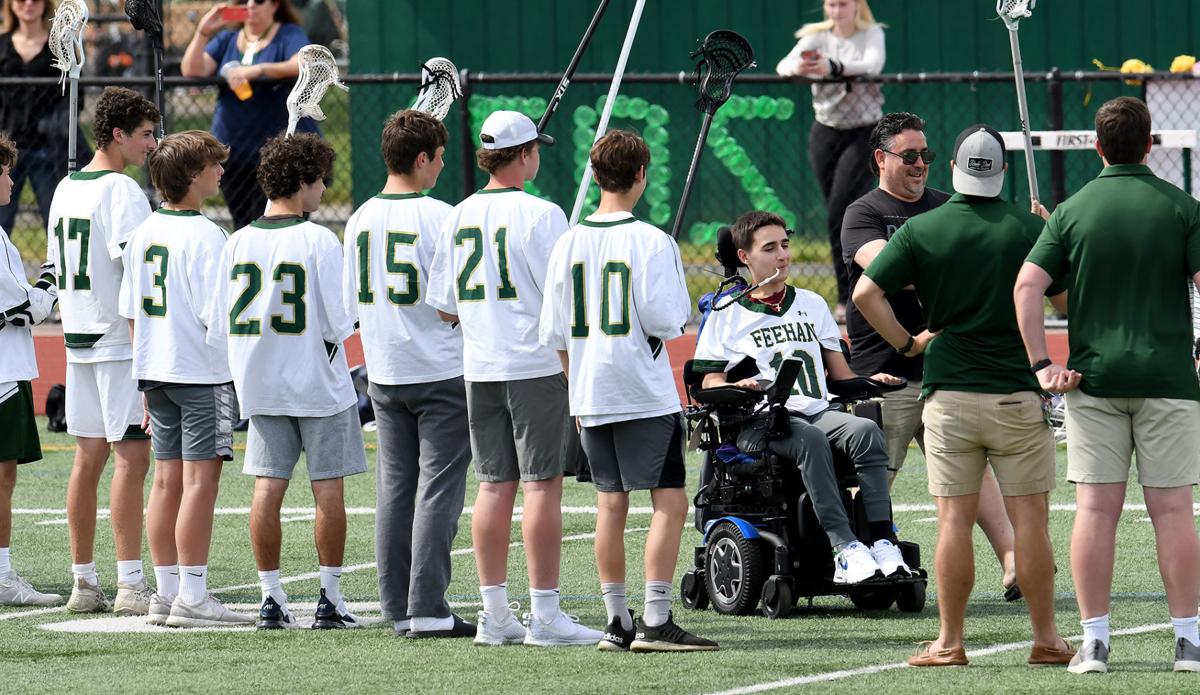 Injured Bishop Feehan High lacrosse player A.J. Quetta is recognized along with the other senior members of the Shamrocks’ team before the start of Thursday’s game against Cardinal Spellman High in Attleboro. 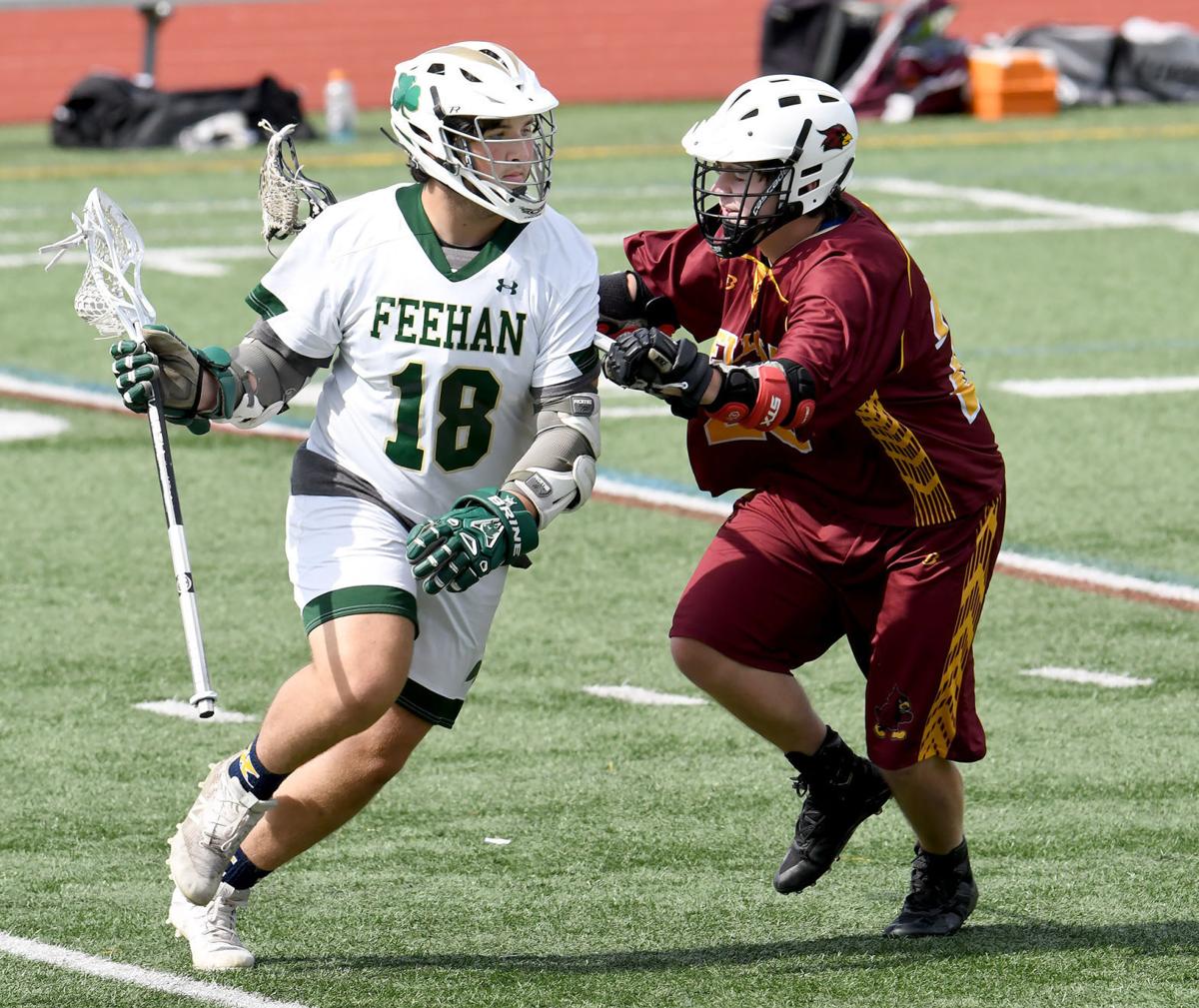 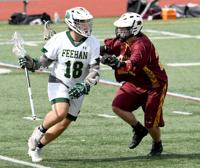 Injured Bishop Feehan High lacrosse player A.J. Quetta is recognized along with the other senior members of the Shamrocks’ team before the start of Thursday’s game against Cardinal Spellman High in Attleboro.

ATTLEBORO — Spurred on by the presence and spirit of senior captain A.J. Quetta, as well as all of “A.J.’s Army” in attendance for Senior Day at Bishop Feehan High’s McGrath Stadium Thursday, the Shamrock boys’ lacrosse team saluted their fallen hero with an 18-1 romp over Cardinal Spellman High in a Catholic Central League match.

Senior defender David Janczar traded in his long stick for a short stick and scored twice, senior attackman Cam Bagley tallied twice, and the Stamatel brothers, Theo and Henrym scored a goal apiece as the Shamrocks scored the first seven goals of the match and held a 9-1 halftime lead.

Having won five of their last six matches to improve to 8-3, the Shamrocks head into a CCL match at home Saturday against Archbishop Williams at (10 a.m..

“A.J. (Quetta) visiting was just amazing,” Bishop Feehan coach Tom Sheerin said of the Feehan hockey player who suffered a serious spinal injury last winter. “He provides a lot of inspiration for the kids. When we talk about family first, we talk about A.J.

“We talk about how lucky we are to play the game. He should be on this field with us.”

Janczar (from Andrew Palma at 11:41) gave the Shamroks an 8-1 lead in the second quarter and scored his third goal at 5:16 of the third quarter.

Bagley (from Janczar at 11:25) scored his first goal to give the Shamrocks a 5-0 lead after one quarter and then delivered his second goal into the back of the Cardinals’ net at 8:02 of the third quarter to build the lead to 14-1.

“Things have really come together,” Sheerin said. “We started off with the defense really pulling the team for a while and now our offense seems to have come together and the boys up top are playing very well at the right time.”

Junior midfielder John O’Reily, who won 17 of 19 faceoffs in a 17-2 win against Bishop Stang Wednesday, won all five of his draw controls in the first quarter, while goalie Owen Fitzgerald had to make just three first half saves.

Connor Devine (from Coia at 5:37), Theo Stamatel (from Devine at 8:10) and Shane Walsh (at 11:58) all scored second quarter goals for the Shamrocks against the Cardinals.

“We tried to make it competitive, giving some of the seniors who don’t play a lot of time and playing the junior varsity kids,” Sheerin said.

Matt Cunha scored two second half goals, at 6:31 of the third quarter and at 5:48 of the fourth quarter. In addition, sophomore defender Mason Koloski scored his first career goal (from Craig Scharland at 4:10) in the third quarter, while Jason McLean (at 7:27) and Henry Stamatel (at 8:49) also tallied in the session.

In the fourth quarter, Nolan Costa (at 2:58) and Brady Vitelli, who tallied three goals against Bishop Stang a day earlier, made it 17-1 at 4:30.

“We gave him a short stick figuring he would get a shot to score, it was nice to get guys like Janczar their first goals and some of the others, which was pretty impressive,” Sherrin added. The Shamrocks have limited all five of their fallen foes of late to five goals or less. “

Shamrock junior defender Joe Lawrence thwarted a Cardinal “man up” situation a minute into the second quarter, while Koloski made a craft stick check to take away another Cardinal man-advantage at the eight-minute mark of the fourth quarter.