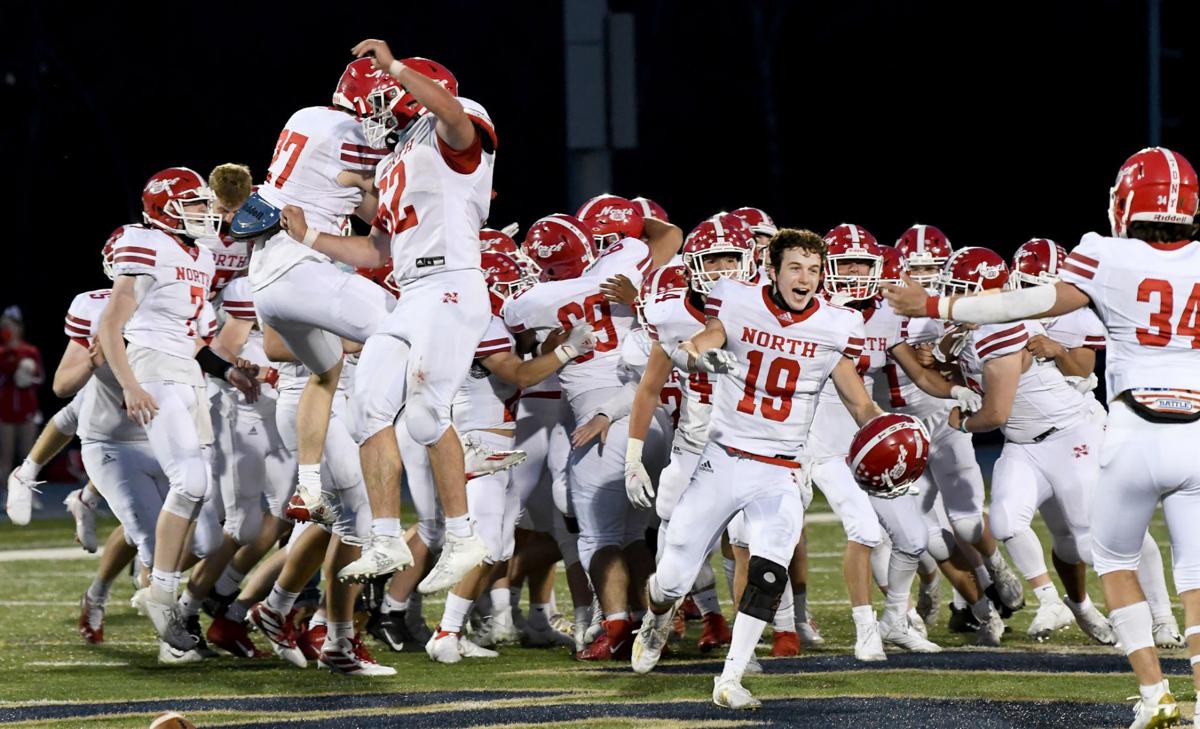 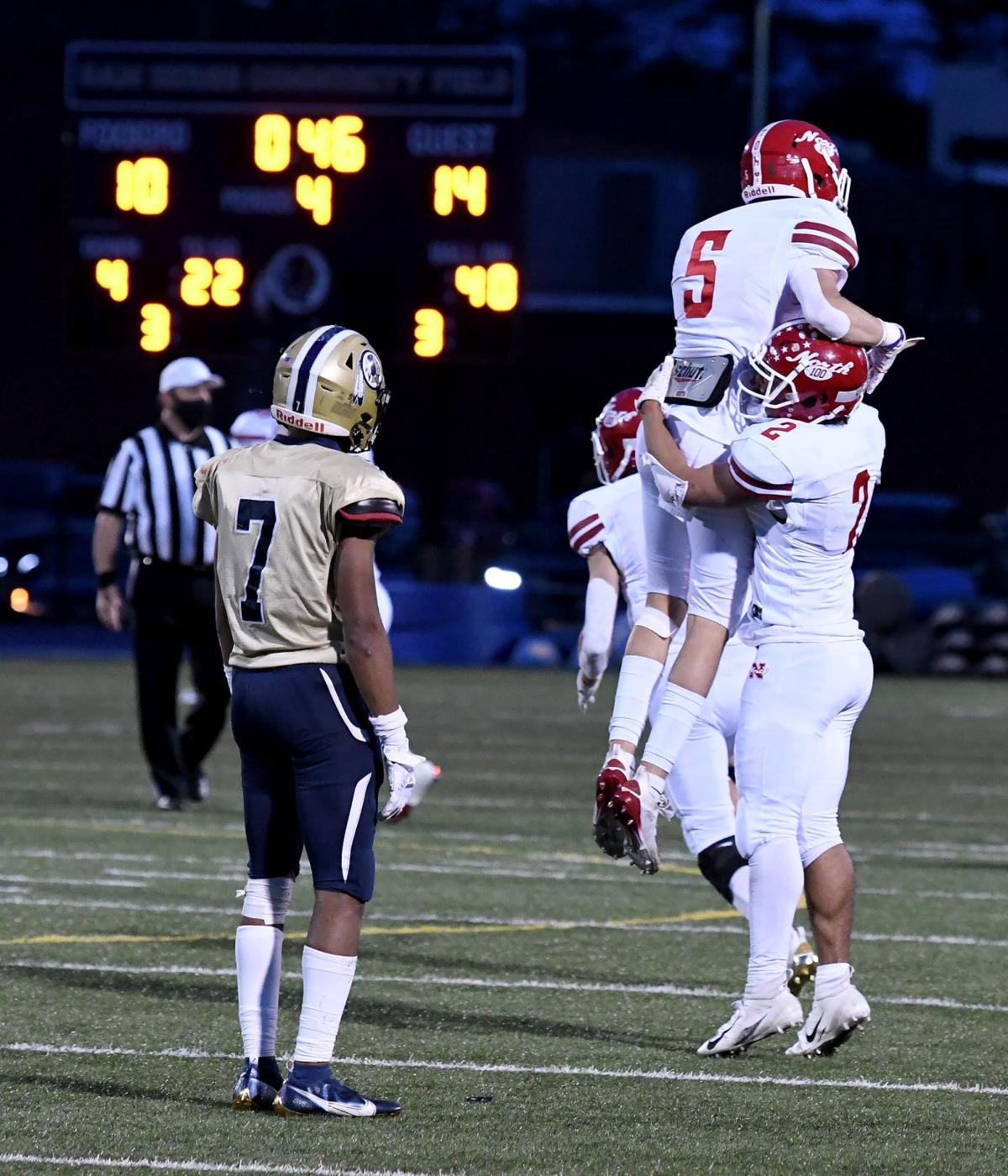 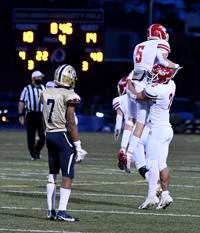 NORTH ATTLEBORO — When Donny Johnson, the coach of the North Attleboro High School football team, and his staff gathered over the weekend to review game film from Friday’s four-point victory at Foxboro High, there was honest-to-goodness jaw-dropping awe.

For all of the well-planned rehearsals orchestrated day after day on the practice field, the Rocketeers executed to near-perfection not just a game-winning drive, but a 92-yard drive.

A series during which 20 plays were exercised, a set which consumed 9:52 of the clock.

All that’s left between an unbeaten season for the 2021 COVID-19 edition of Big Red football is “The Century Game” with Attleboro High on April 24.

But years from now, the thoughts will be of how Matt Penta denied the High of a potential second touchdown with a defended pass on a fourth-down play from the Big Red 8-yard line with just under a minute left in the third quarter.

About how victory No. 5 of the Fall 2 “gap season” of football assured the Rocketeers of the Davenport Division championship of the Hockomock League.

Junior quarterback Tyler DeMattio accounted for all 14 Rocketeer points, with a one-yard run in the first quarter to culminate a 63-yard, 13-play drive, and then the game-winning drive, while also splitting the goalpost with a pair of conversion kicks.

“That last drive, in particular, was very basic stuff,” Johnson said. “That’s one that you don’t see too often, that last drive was epic,” as North ventured 92 yards without a penalty, converting three third-down situations and a fourth-and-one scenario for first downs, all orchestrated by offensive coordinator Paul Sullivan.

Foxboro Fourth Down and 1 at the NA 8-yard line – Matt Penta defends pass, turning possession of the ball to the Rocketeers.

Second Down and 2 at the 16-yard line – Jacob Silva no gain.

Second Down and 3 at the 31-yard line – Tommy Whalen no gain.

“You try not to give it to him every down, but he just finds a way,” Johnson said of DeMattio taking the snap from junior center Jared Vacher, reading the Foxboro defense, and lessening the risk of a turnover in handing off the ball by running himself.

“DeMattio has options, whether he’s going off-tackle or bouncing it outside,” Johnson added. “He looks exhausted and you wonder if he can do it on the next play,” Johnson said of DeMattio carrying the ball nine times in the game-winning title-taking drive.

On DeMattio’s second TD run, the 5-foot-190-pound DeMattio was hit by no fewer than three Foxboro defenders and kept on churning his legs for additional yards. “I’m running out of words for him, but that run typifies him,” Johnson said.

“Sully (Paul Sullivan) is the mastermind behind the offense,” Johnson said in praise. “DeMattio does have some built-in options, sometimes, particularly in the passing game.”

Another factor in North scoring its second touchdown on its seventh series of the game was not having the yellow flag drop for a penalty.

The Rocketeers were flagged for a 10-yard holding penalty on their very first play on the first drive of the game, a set covering 63 yards for DeMattio’s 1-yard TD run behind the 5-foot-10, 220-pound Bullock.

A 25-yard kickoff return by Nathan Shultz and his 24-yard run to the Foxboro 18-yard line seemingly set up a second score, but North was flagged for a delay-of-game penalty and then a holding penalty, resulting in third- and fourth-down passes from the Foxboro 25-yard line falling incomplete.

“There were some strange calls, and for the most part we’ve been good about that (penalties) all year,” Johnson said. “Thankfully, we didn’t have to deal with that in the second half.

“We looked at the game film and it was impressive. There were plays where we made mistakes and put us in third-and-five-(yard) and third-and-seven situations. Then we’d get the big play to convert when we need to.

“By design, we didn’t want to score too soon, so when DeMattio broke that last TD, we were thinking maybe it was too soon — we wanted to grind it out! You got to take what’s there, and it was a great effort by DeMattio.”