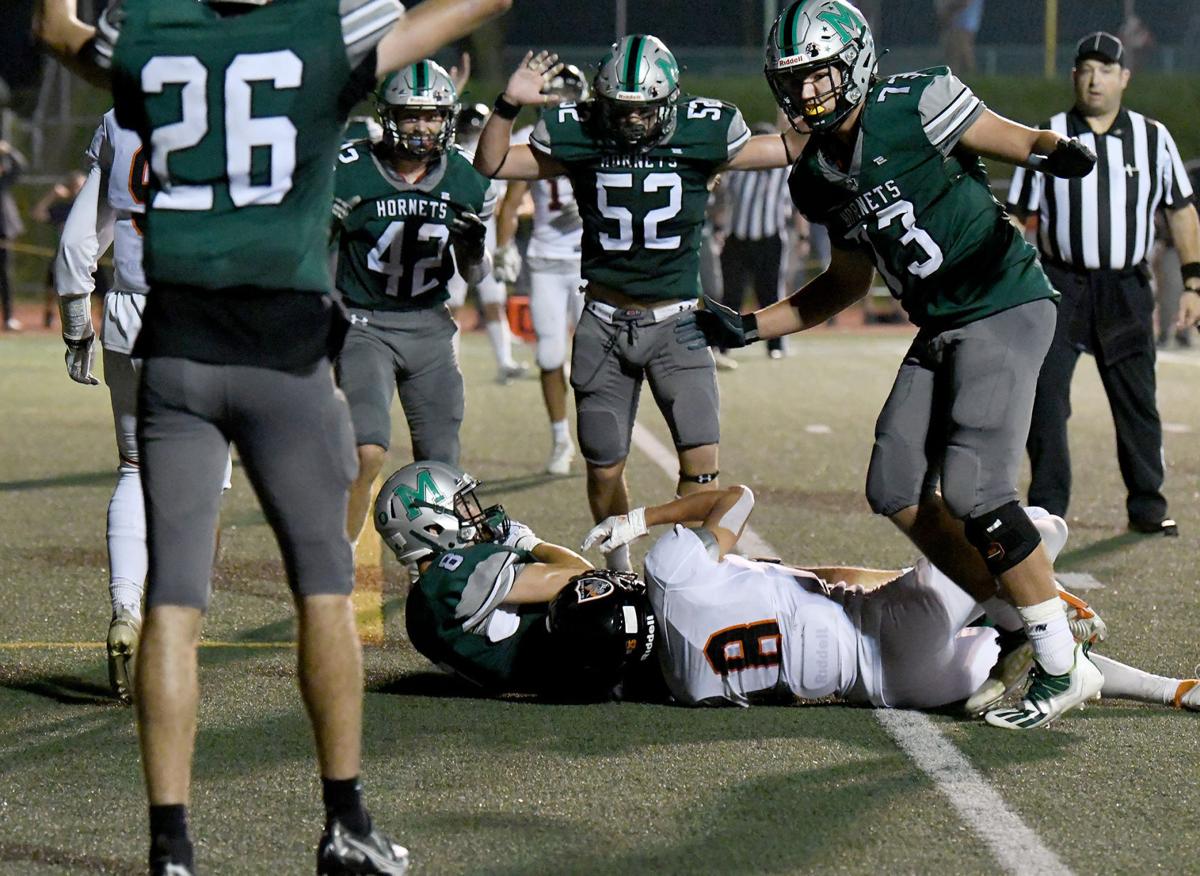 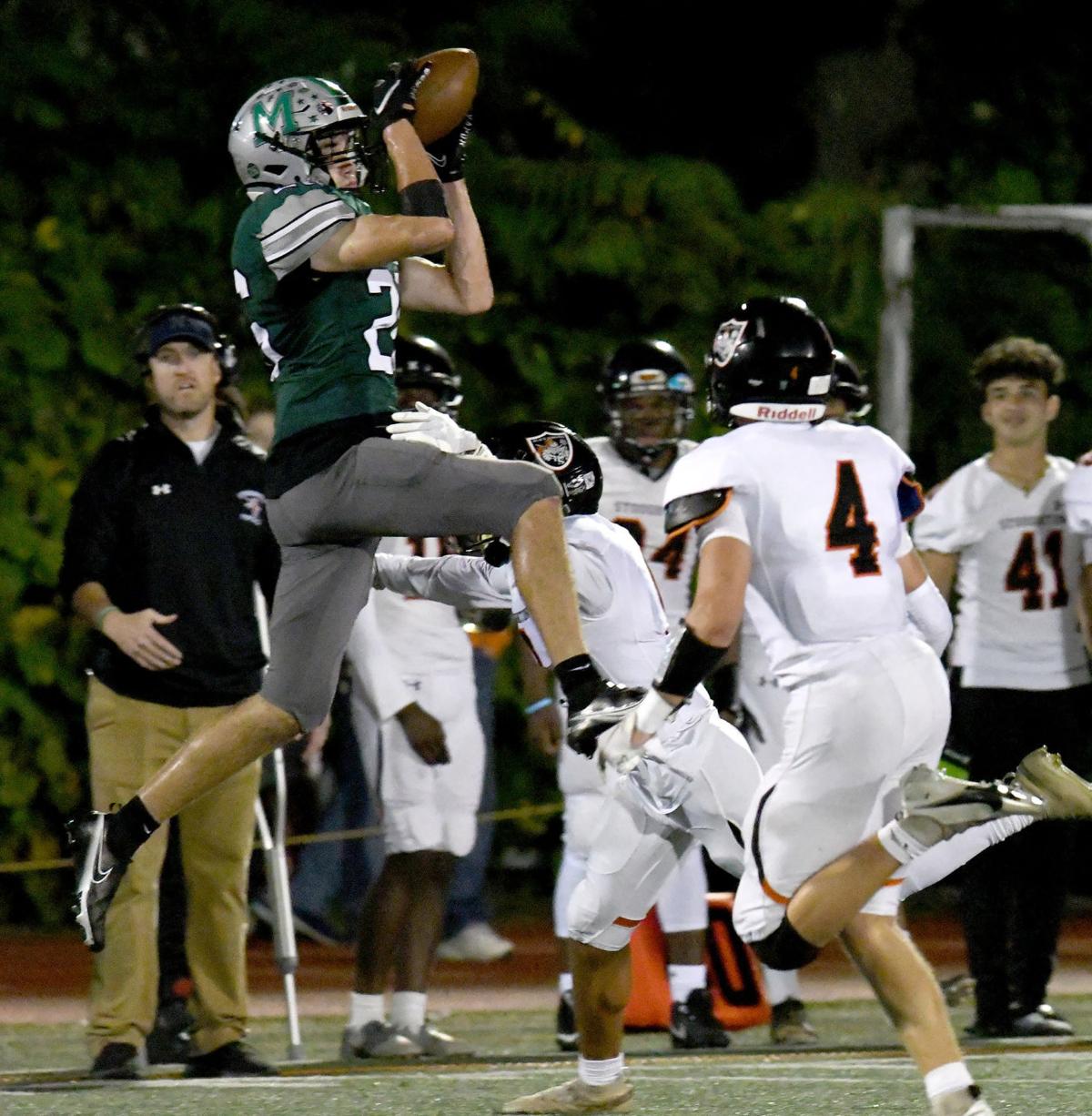 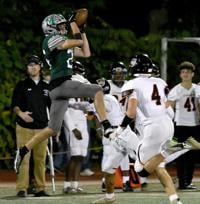 Mansfield High wide receiver Trevor Foley, shown catching a Connor Zukowski pass for a touchdown against Stoughton High this season, is one of four Hornets’ players with more than 100 receiving yards this season. 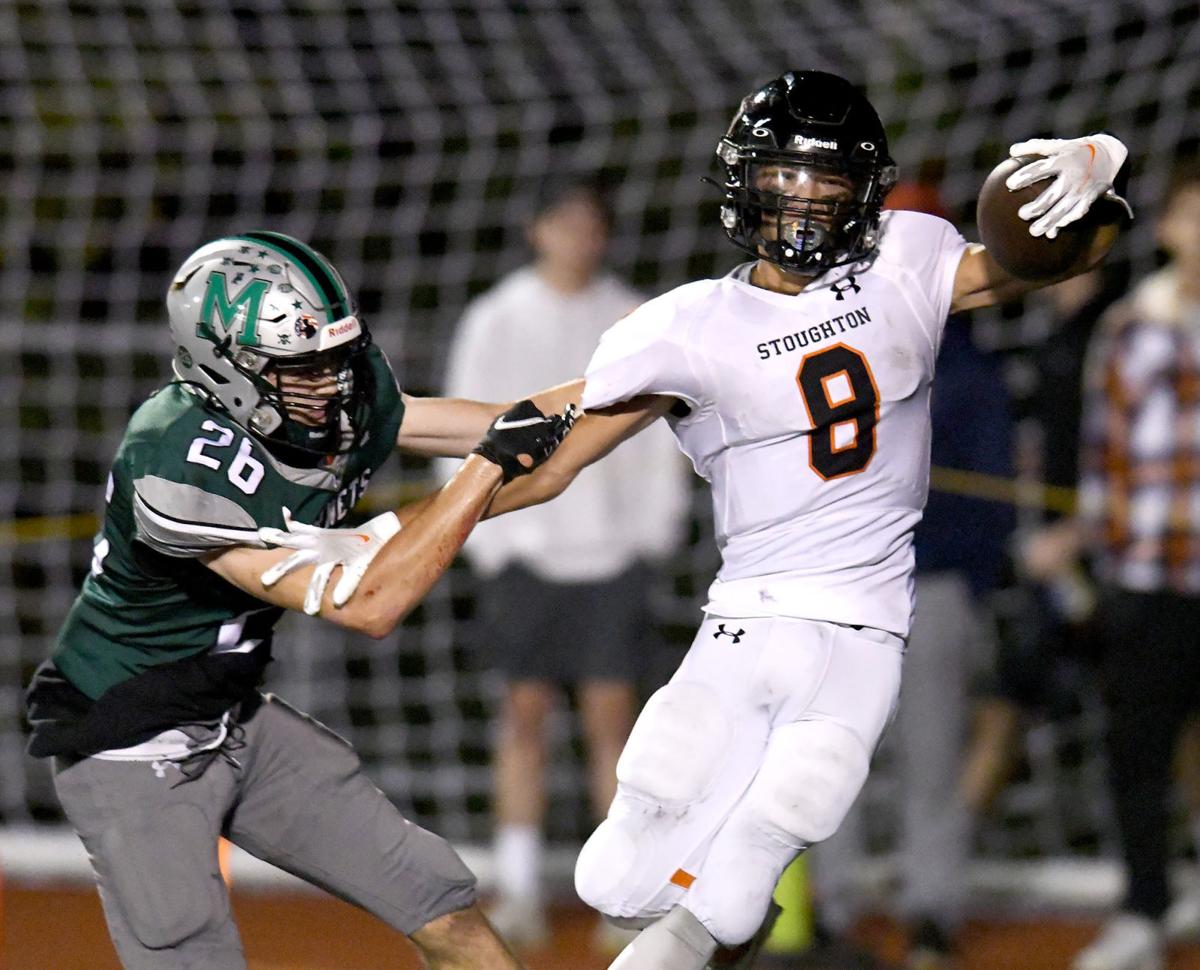 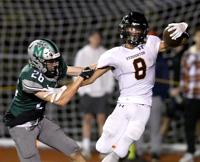 Mansfield High wide receiver Trevor Foley, shown catching a Connor Zukowski pass for a touchdown against Stoughton High this season, is one of four Hornets’ players with more than 100 receiving yards this season.

MANSFIELD — One play into the second quarter, Mansfield High football coach Mike Redding stared toward the scoreboard at Alumni Field Friday and the anguish was apparent.

A fumble had resulted in Stoughton High taking the lead and a blown defensive assignment allowed the Black Knights to complete a 50-yard scoring strike three seconds into the second quarter, taking a 14-0 lead and enhancing their chances for an ambush of the defending MIAA Super Bowl and Hockomock League champion Hornets.

Hornet junior quarterback Connor Zukowski completed 14 passes for 173 yards with a trio of scoring strikes — six yards to Brian Butler in the second quarter, 46 yards to C.J. Bell in the third quarter and 24 yards to Trevor Foley, that pair of Hornet TDs occurring within a span of 1:54 at the midway through the second half.

“When that first quarter ended that was not what I expected on the scoreboard,” Redding said of the unbeaten (3-0) Hornets’ home season debut. “I thought that we were going to be in a dogfight the way that it was going, that we would be lucky to pull this out.”

The Hornets tallied twice during the second quarter to gain a 14-14 deadlock, converting a fumble recovery by Jephte Jean (forced by Braeden Veno at the Stoughton 22) into the tying TD and then using a Trevor Foley pass interception (at the Hornet 48-yard line) into another six points, one of a trio of third quarter tallies.

“We’re slinging it around pretty good,” Redding said in praise of Zukowski, who completed 10 first half passes for 87 yards and all four second half tosses for 84 yards.

The Hornets were so stringent defensively that they allowed Stoughton merely 20 second half rushing yards and just three completed passes for 19 yards.

“We were making mistakes, they (Stoughton) were capitalizing and were aggressive on both sides (of the ball),” Redding said, the Black Knights taking advantage of a Mansfield fumble at the 47-yrad line to produce the go-ahead TD.

The Hornets were flagged for penalties on four plays within a five-play sequence during their first TD drive, a 19-play excursion that spanned seven minutes. “Somehow we overcame that and there was a little bit of a change in momentum,” Redding added. “They fumbled and we got another one and that changed the whole game.

The Hornets limited Stoughton’s running game to gains of three yards or less on 13 of its 23 running plays. And another than a 50-yard TD toss in the second quarter, the Black Knights had just three pass completions in each half. Mansfield did not allow Stoughton across midfield on any of its four second half series either.

Mansfield took the lead three minutes into the third quarter with Bell escaping two would-be Stoughton tacklers at the 10-yard line to score. Three plays later, Mansfield regained possession of the ball on Foley’s pass interception (with an illegal block penalty nullifying his TD return). And on the very first play, Foley made a spectacular running catch of a perfectly placed Zukowski pass between a pair of Black Knight defenders.