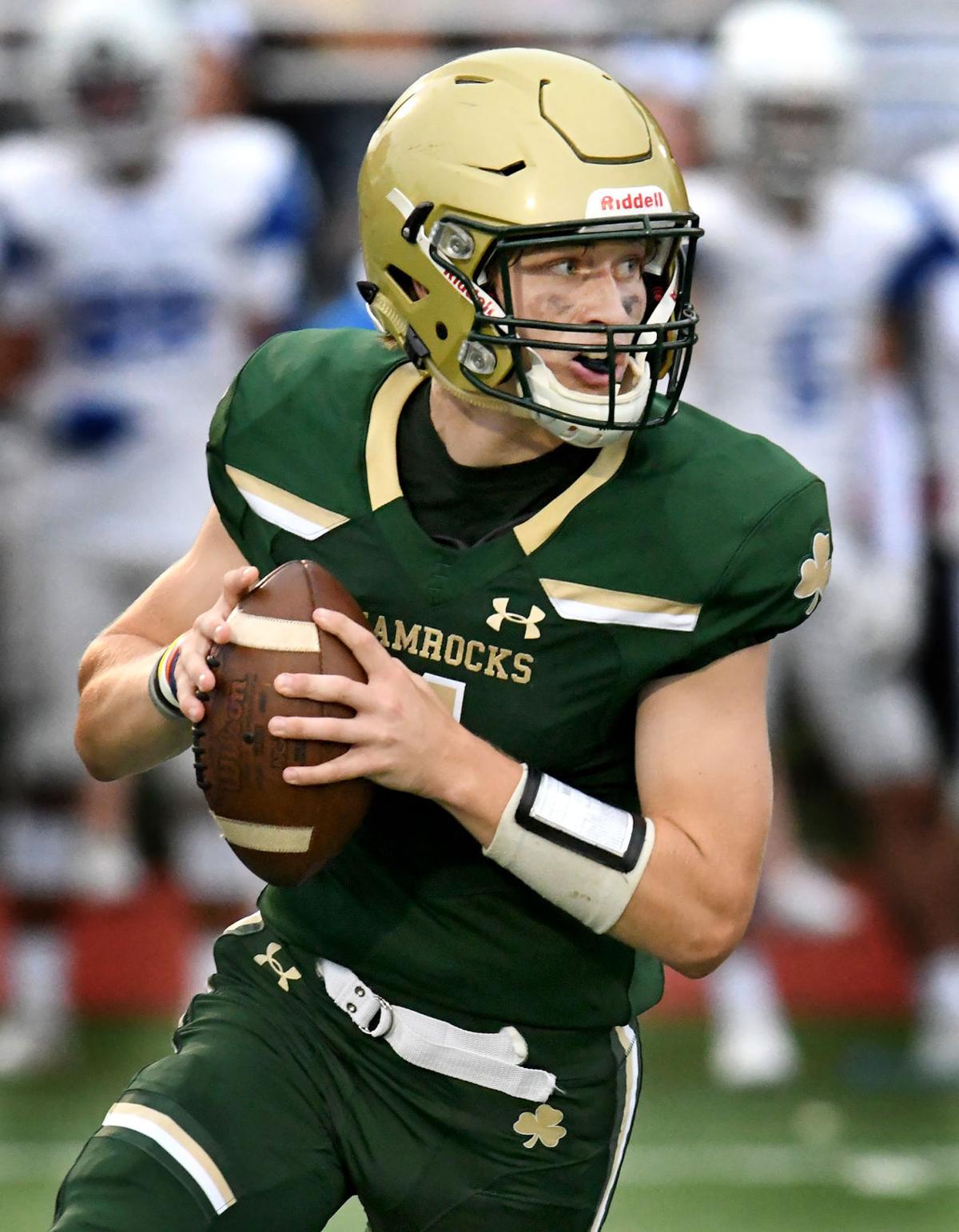 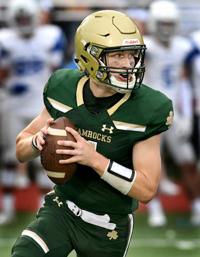 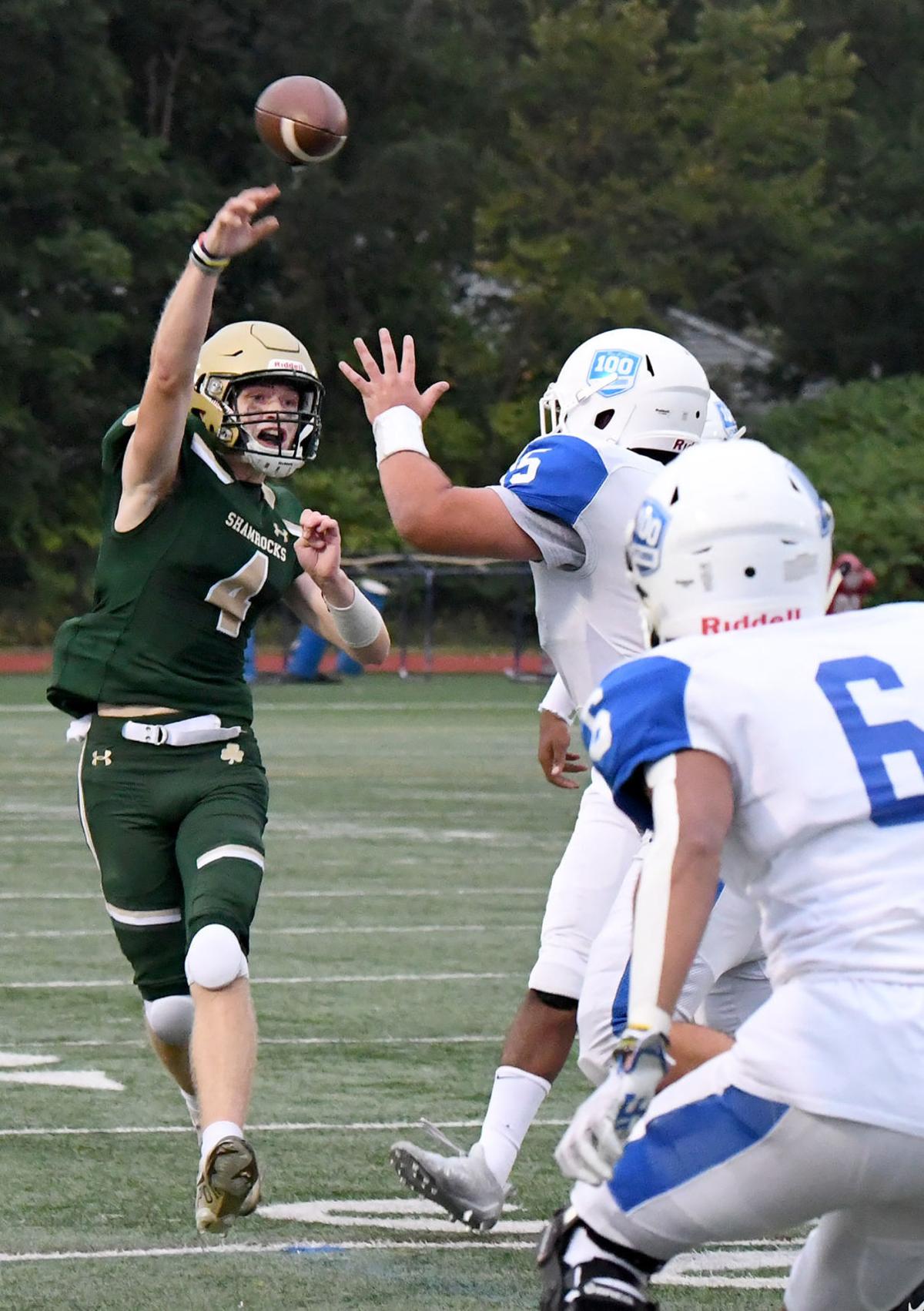 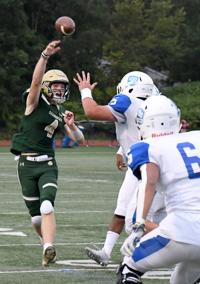 ATTLEBORO — For the Bishop Feehan High football team, there are two tasks at immediate hand.

Being able to compensate for the loss of Nick Yanchuk, and being able to contend with St. Mary’s of Lynn Friday at McGrath Stadium in a Catholic Central League game.

Yanchuk, the Shamrocks’ explosive sophomore running back, suffered an MCL sprain in a non-contact event two plays into the third quarter of last week’s game against Attleboro and will be out for an indefinite period of time to come.

“We have nothing definitive other than he will be out this week,” Bishop Feehan coach Bryan Pinabell said as Yanchuk continues medical examinations and tests to determine the severity if the injury.

Yanchuk has rushed for nearly 400 yards in two games for Bishop Feehan. Without Yanchuk, the Shamrocks’ offensive profile vastly changes.

The Shamrocks will have to contend with St. Mary’s running back David Brown, who had five TDs in a 65-point performance against Bellingham.

“They are a very good football team, they beat us last year,” Pinabell said. “They have a good line, they have really good athletes,” added the Shamrock coach. “The key to this game is that we have to set the edge and do a good job of tackling.”

The development of an all-junior line with the development of QB Aidan Crump has been impressive, not to mention the sizable contributions by fullback-linebacker Dante Bruschi and receiver-defensive back Connor McHale.

“So far, we’ve had a total team effort, we pride ourselves on that,” Pinabell said of beating rivals North Attleboro and Attleboro. “We’re going to have to continue to control the line of scrimmage. “That’s (St. Mary’s) a good ball club, it’s going to be a good game.”

Connor Zukowski and Trevor Foley, a pair of first-time prime-time players, have provided an offensive jolt for coach Mike Redding’s Hornets. Zukowski, a junior, has completed 29 passes for 378 yards with Foley, a sophomore, snaring 11 of those for 129 yards and five TDs.

Add in Rocco Scarpellini rushing for 204 yards, a 6.8 yard-per-carry average and Drew Sacco having six catches for 71 yards and Mansfield is fitting coach Mike Redding’s game plan for progress during the month of September, and optimism in October.

Jack Martinelli likes to believe that his Warriors’ season opening loss to Milford — “The best team in the (Hockomock) league; I’d be hard-pressed to see if somebody could beat them” — is an anomaly. The Warriors bounced back to shut out Whitman-Hanson and now meet a physically imposing Panthers team that has scored 65 points in winning its first two games.

“They’ve got some big kids and they’ve got some speed,” Martinelli said. The Panthers, though, will have to contend with the Warriors’ dynamic duo of QB Tom Marcucella and running back Dylan Gordon. “They’re a good team; it’s another big school we play, but we didn’t have too many choices (for non-league foes).

“It’s going to be interesting the rest of the way,” Martinelli said of his team’s needing to win three games to qualify for the MIAA playoffs. “They’re (MaxPreps) putting out the first ratings Monday, which nobody understands. There’s so many mystical formulas to the thing.”

It will be a 1 p.m. kickoff Saturday at Adams Field for the Lancers in the non-league against the Vikings, who beat West Bridgewater for their first win of the season. Norton has beaten two Hockomock League foes in Canton and Sharon and has allowed merely 10 points through eight quarters.

“It’s been a good start and we’d like to keep it going,” said Norton coach Jim Artz. The Lancers rallied to beat Canton, stopping the Bulldogs on three consecutive series in the second half. “We played well in the second half, we didn’t give them anything.”

Moreover, the Lancers have been building their offensive and defensive composure and team chemistry. “We’re tough, we’re scrappy,” Artz said of the Lancers’ identity. “Our offensive line is one of the better ones that we’ve had, and on defense, the kids can bring that hard-nosed football.”

The Falcons have a tough opponent in Hanover (2-0), which has scored 67 points over eight quarters. D-R is coming off of a fourth-quarter loss at Plymouth South, having allowed two TDs over the final eight minutes.

“It was 14-14 and we just kind of got worn down physically there in the fourth quarter,” D-R coach Kevin Gousie said of the Falcons’ first setback. “This (Hanover) is going to be another tough one for us — they have some big kids and are a good football team.

“We’re a bit thin in some positions, we have kids going both ways,” Gousie added. “We’re building up the depth.”

The Cardinals might be the most improved team in the South Coast Conference according to Seekonk coach Jason Azulay, as Case has allowed just eight points in winning its first two games of the season.

“That’s a good football team, they’ve gotten things going — this is going to be our toughest test thus far,” said Azulay. The unbeaten Warriors are finding a groove offensively behind QB Jaden Arruda, who had a TD pass, a TD rush and a pass interception in beating Sharon; Kevin Crowe, who had two TDs, one on a pass-interception return; and a defense which forced four Eagle turnovers.

Kicker Stephen Prew hit four conversions and recovered a fumble, while Chris Amaral was in on 10 tackles.

“We’ve been playing well so far, we’ve been able to move the ball and get some stops defensively,” Azulay added, sensing the atmosphere of a Seekonk-Swansea rivalry. “We’re ready to go.”