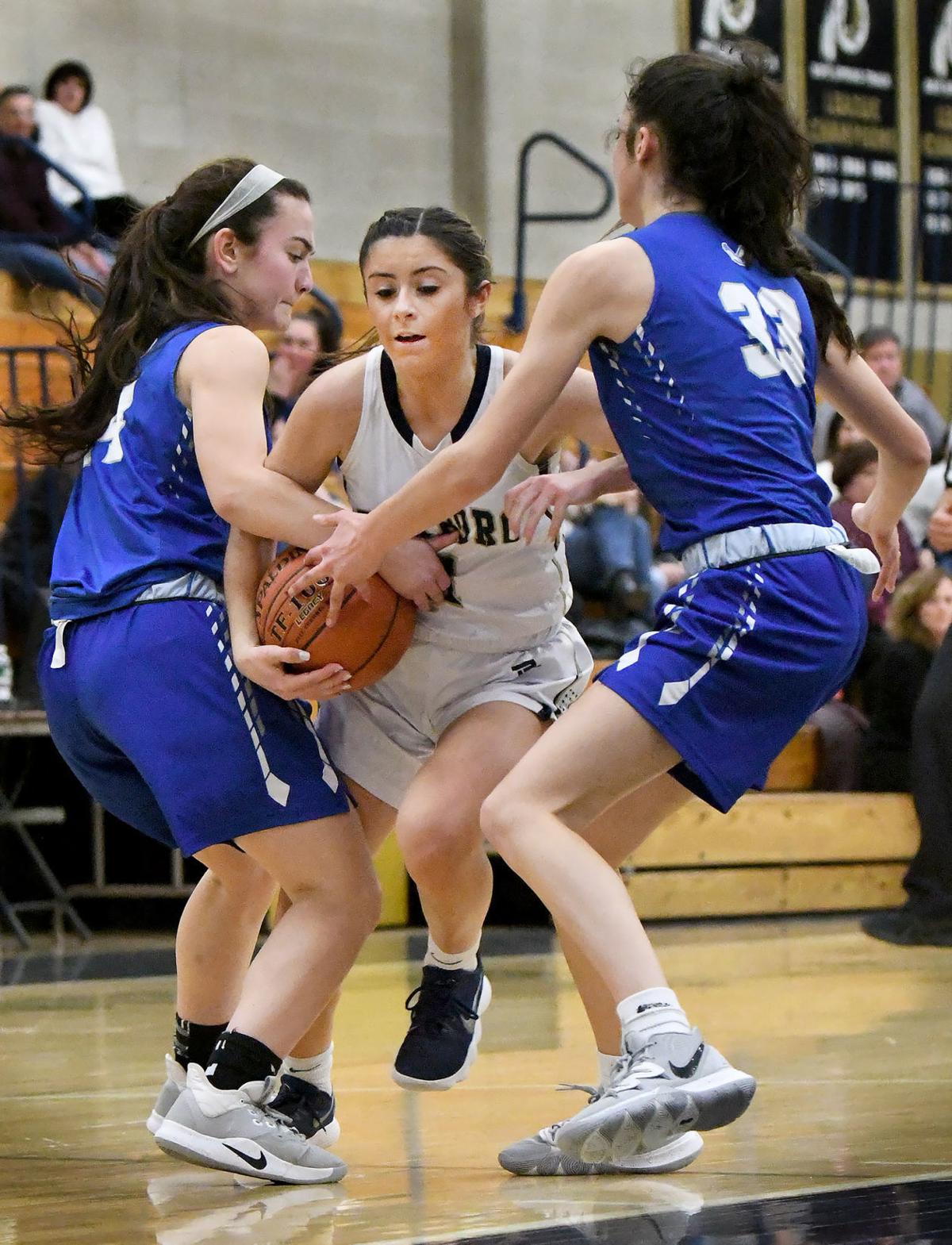 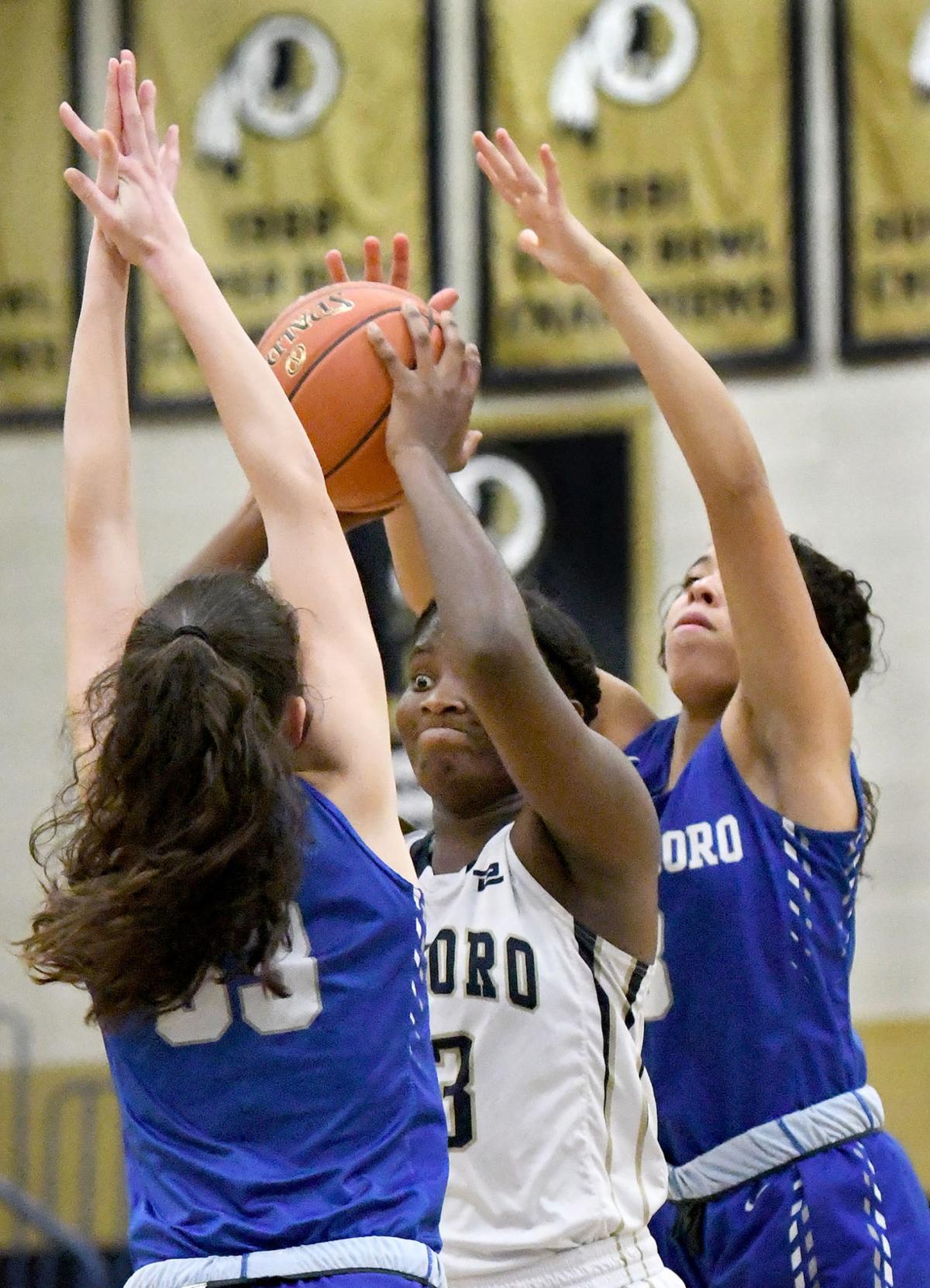 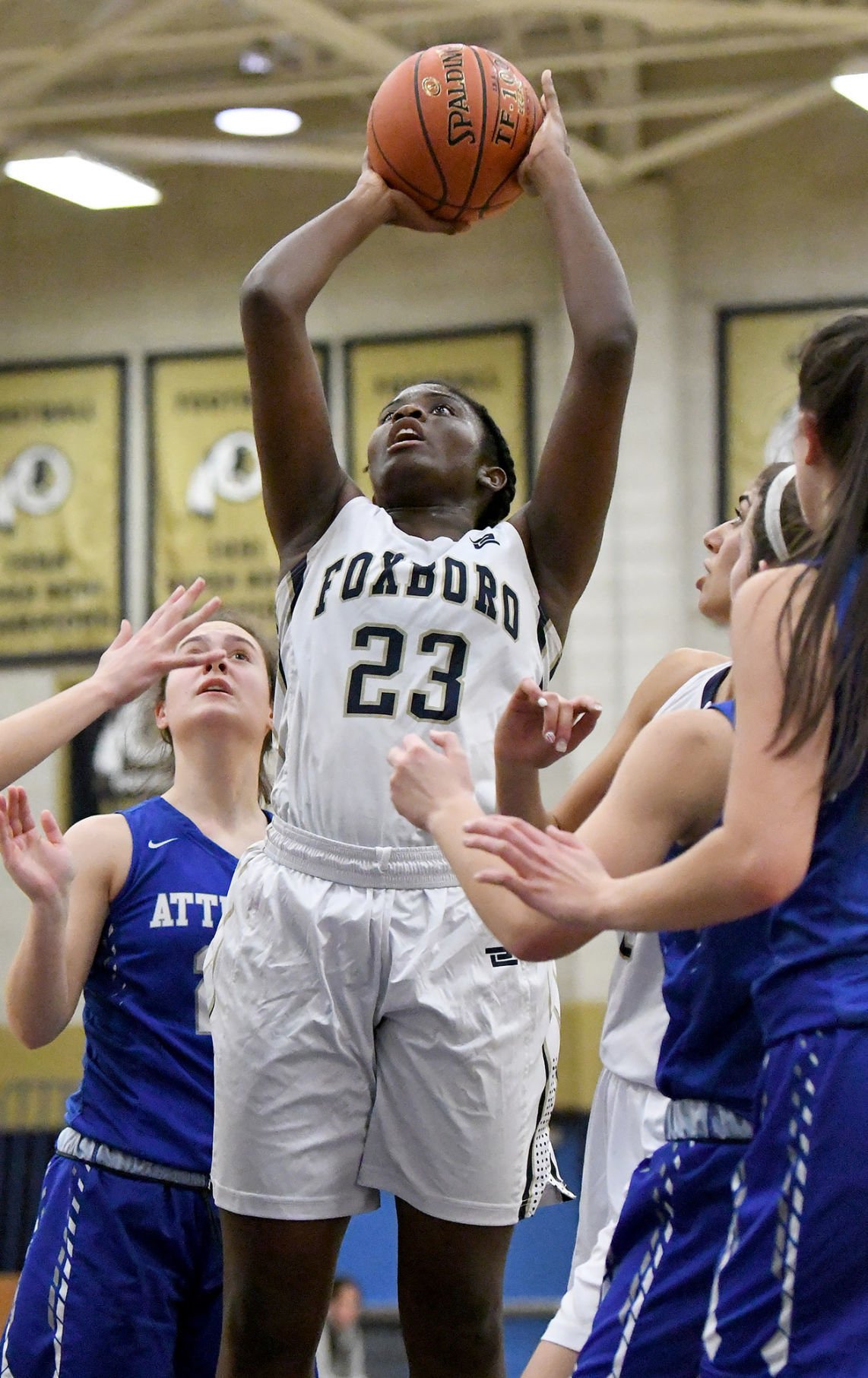 Katelyn Mollica scored 14 of her 19 points during the first half as the Foxboro High girls’ basketball team flourished on the offensive side of its home floor, while its pressure was relentless on the defensive side.

The result was a 65-44 conquest of Attleboro High Tuesday in the Hockomock League game.

In improving to 7-1 overall on the season, the Warriors were staked to a 38-21 lead by halftime due to Mollica’s marksmanship, and held a 50-33 margin entering the final eight minutes.

“They’re a very good ball club,” AHS coach Marty Crowley said of Foxboro. “They’re a tough matchup (defensively) for anyone because they can score from everywhere.”

And the Warriors had to overcome an early deficit too. That is, the Bombardiers (3-7) scored the first two baskets of the game, but by session’s end, Foxboro had gained a 22-7 advantage.

“Foxboro put that blitz on in the first quarter, and we playing from behind thereafter,” Crowley added. “We played hard most of the way; I was proud of the effort.”

Last Friday, the Warriors dominated the action at the defensive end of the floor over the first eight minutes that the Stoughton High Black Knights were held scoreless.

Foxboro (6-1) owned a 49-11 lead by halftime. Nine Warriors contributed points in the contest.

Foxboro remains at home this Friday for a game against Sharon.