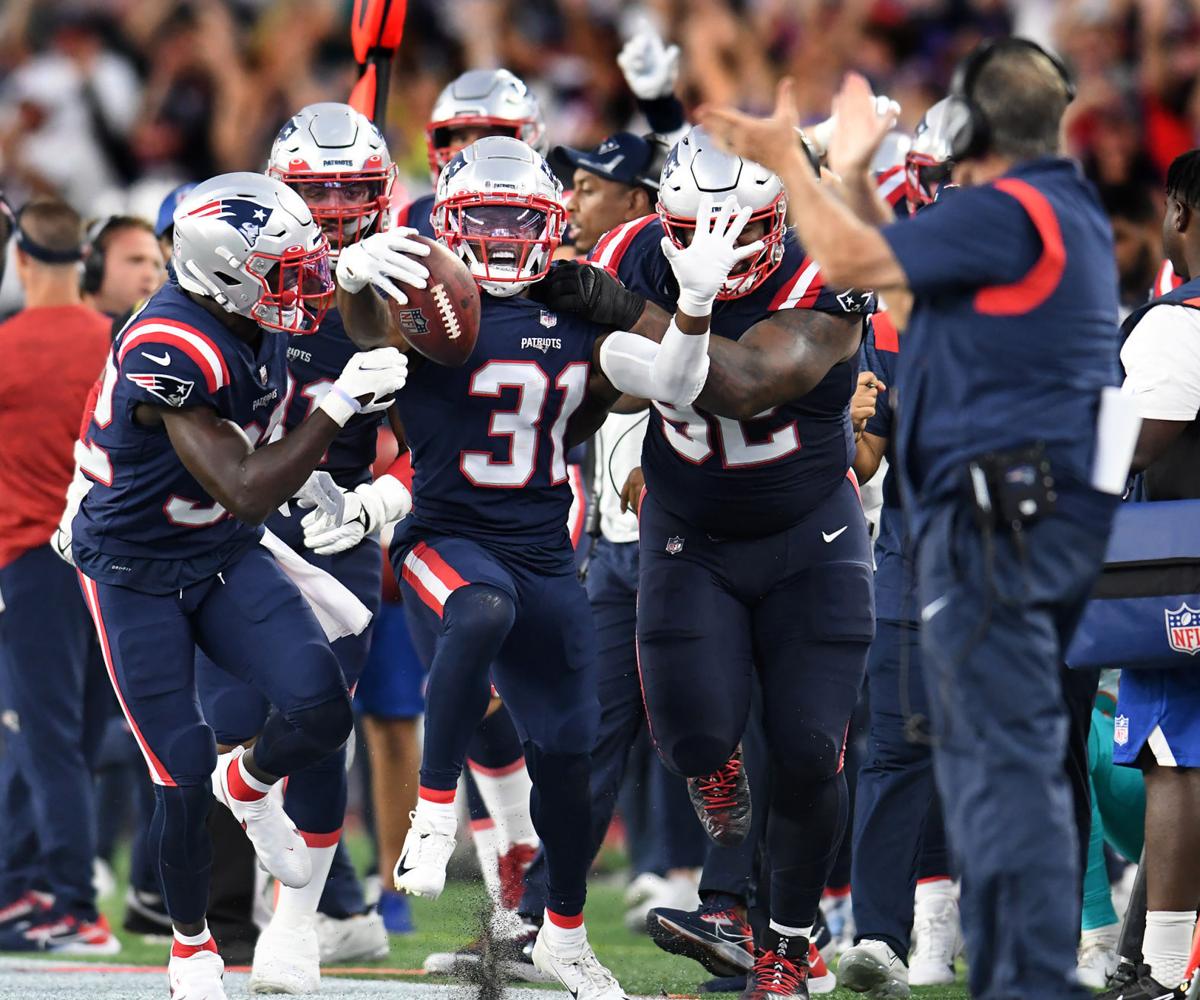 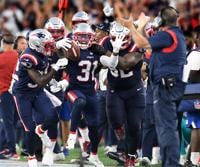 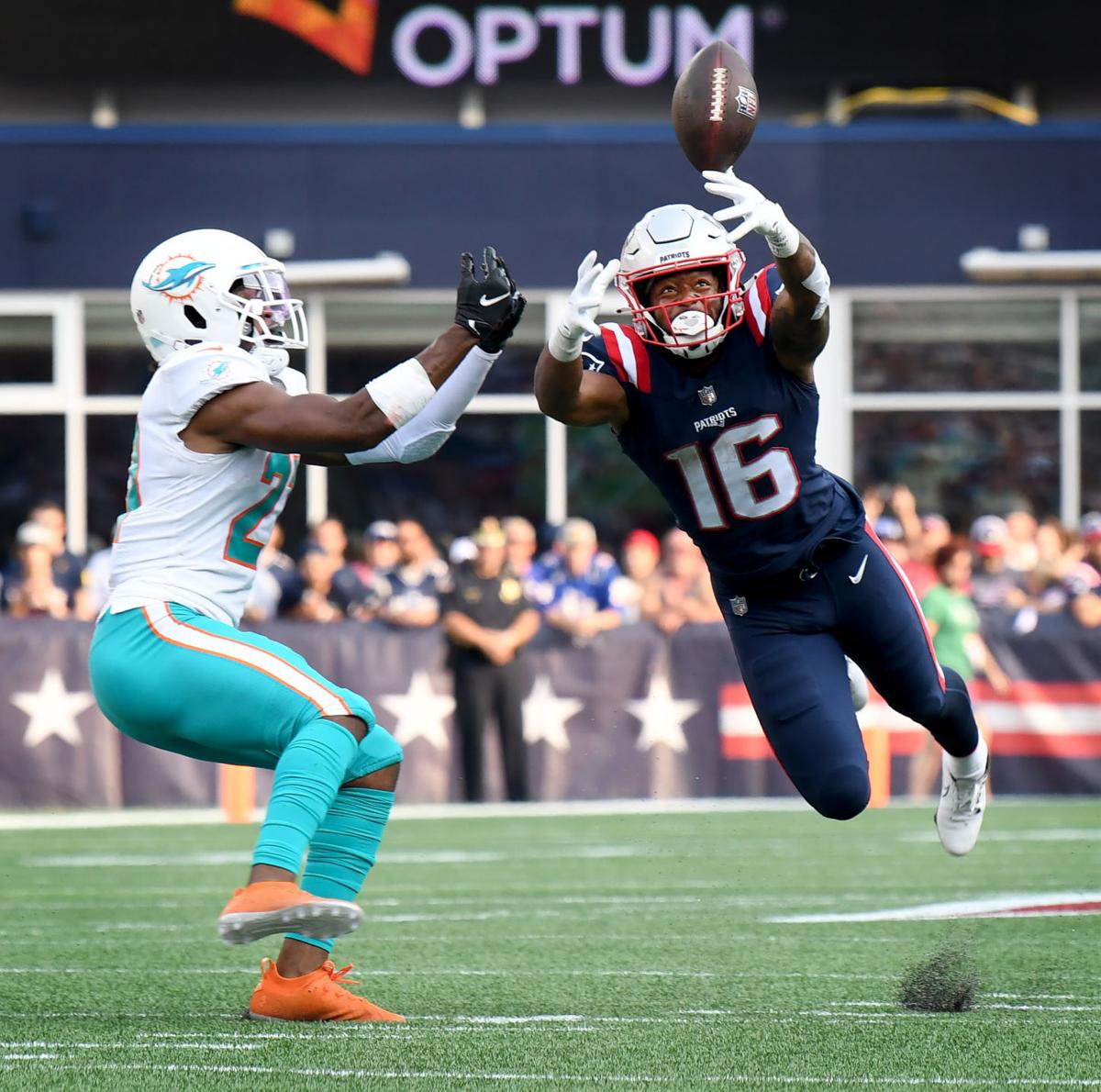 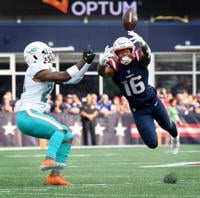 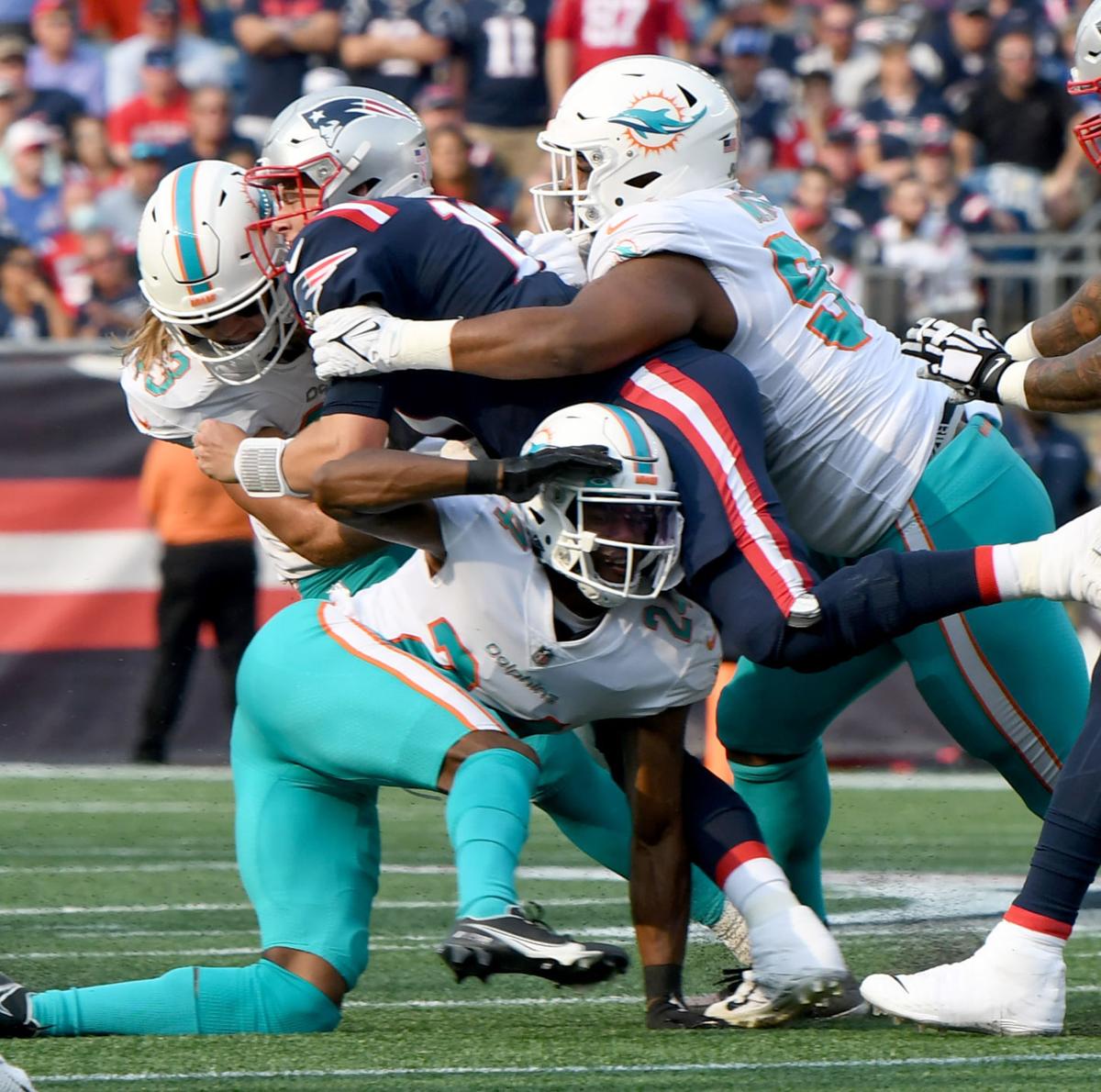 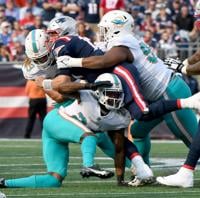 Patriots’ quarterback Mac Jones is sacked by a trio of Miami Dolphins’ tacklers for a loss of 9 yards in the first quarter Sunday at Gillette Stadium.

Patriots’ quarterback Mac Jones is sacked by a trio of Miami Dolphins’ tacklers for a loss of 9 yards in the first quarter Sunday at Gillette Stadium.

FOXBORO — Miami Dolphins quarterback Tua Tagovalioa was hurried and harassed, but the New England Patriots were unable to make him pay for some ill-timed, over-thrown and under-thrown footballs.

“We didn’t do our job,” Patriots defensive back Jonathan Jones said as the Mac Jones era in New England football began with a 17-16 loss to the Miami Dolphins in the season opener Sunday at Gillette Stadium.

“We showed up, but that was uncharacteristic,” Jones said.

New England went without a takeaway through three quarters, with the Patriots’ offense being unable to score a touchdown from the Miami 21-yard line on its first series of the fourth quarter and then losing possession of the ball at the Miami 11-yard line with just over three minutes remaining to be played.

“We didn’t do enough to win,” Patriots coach Bill Belichick said after he saw his offense limited to one TD and just a pair of second-half field goals.

“We have to play better, execute better,” Belichick added. “We made some plays, but not enough of them and at the right time — just little missed things.”

Jones intercepted a Tagovalioa pass at midfield when the pass was tipped into the air by Dolphin tight end Mike Gesicki and landed into Jones’ hands. Facing a one-point deficit and with eight minutes left, any points would have resulted in a victory.

“We didn’t capitalize,” Jones said of the Patriots’ misfortune. “We took our shots.

“I don’t think that (communication) was a big problem,” Jones added.

The Patriots have 23 new payers on their 53-man roster who did not suit up during the 2020 season. New England was fitting in some new (Matt Judon at linebacker, Jalen Mills at cornerback) players and returning Don’t’a Hightower and Kyle VanNoy players at linebacker.

“They kind of better managed the game,” Jones said of Tagavalioa’s efficiency. “They didn’t take too many shots down the field. He did a better job with that.”

Miami netted just 259 yards of offense, and only 117 yards during the second half as the Patriots limited the Dolphins to just 74 rushing yards on 23 attempts

The Patriots did sack Tagovalioa twice — by VanNoy for 10 yards in the first quarter and by Josh Uche for seven yards in the second quarter.

Tagovalioa was an efficient 7-for-10 passing during the second half, Miami scoring on one of its four series – never advancing beyond its own 43-yard line on the other three.

“We had each other’s back, we didn’t finish,” Patriots defensive back J.C. Jackson said.

The Patriots scored on four of five possessions before the fourth quarter fumble, but were flagged for eight penalties.

“That’s football,” Jackson said. “We were pressuring him (Tagovalioa) the whole game, we had to capitalize on those play, on defense when he makes mistakes like that. He was throwing the ball up.”

One takeaway wasn’t going to result in the Patriots taking a victory.

“We were enough to be competitive, enough to lose by a point, but it’s not enough to win,” Belichick said. “There’s a lot of things that could have helped us.”