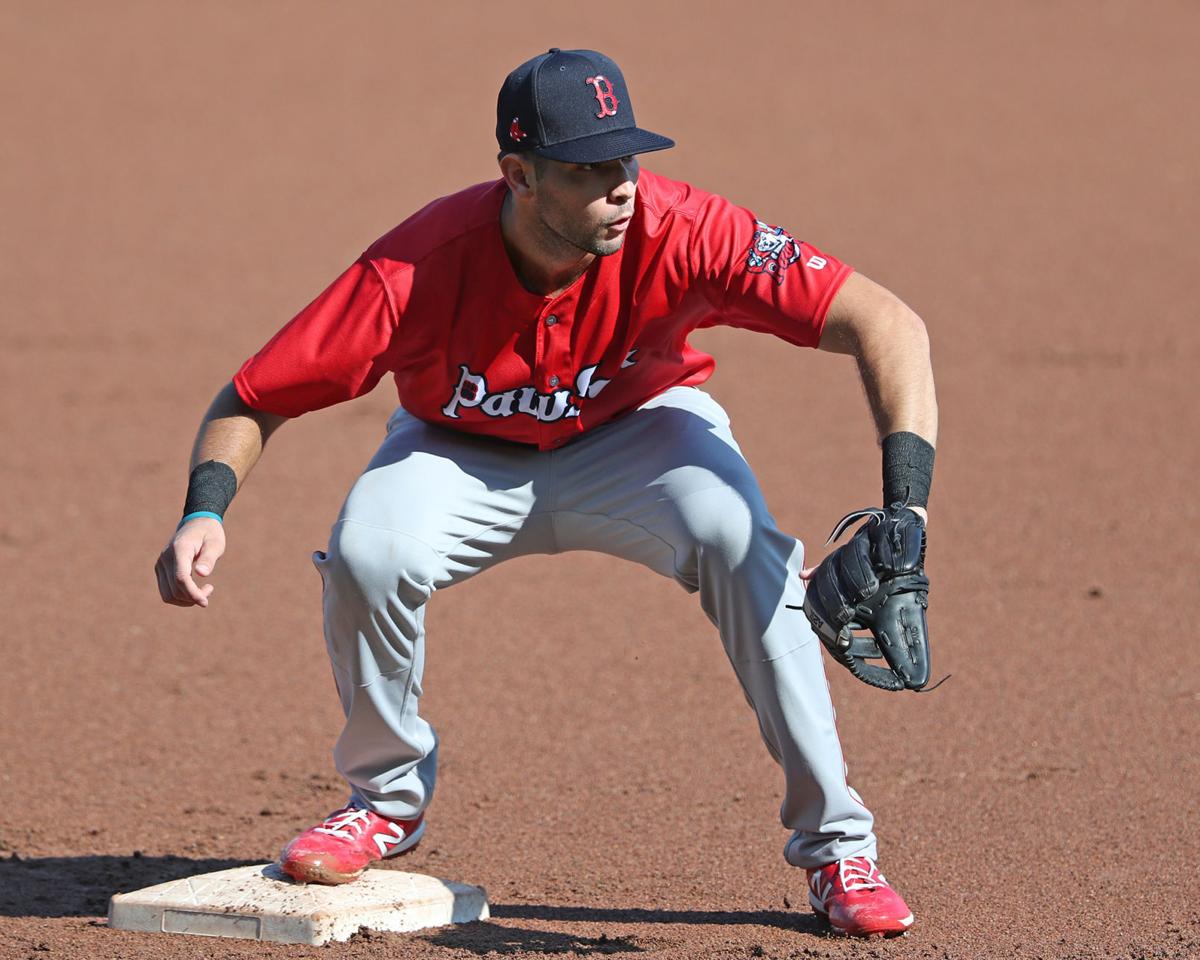 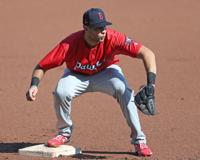 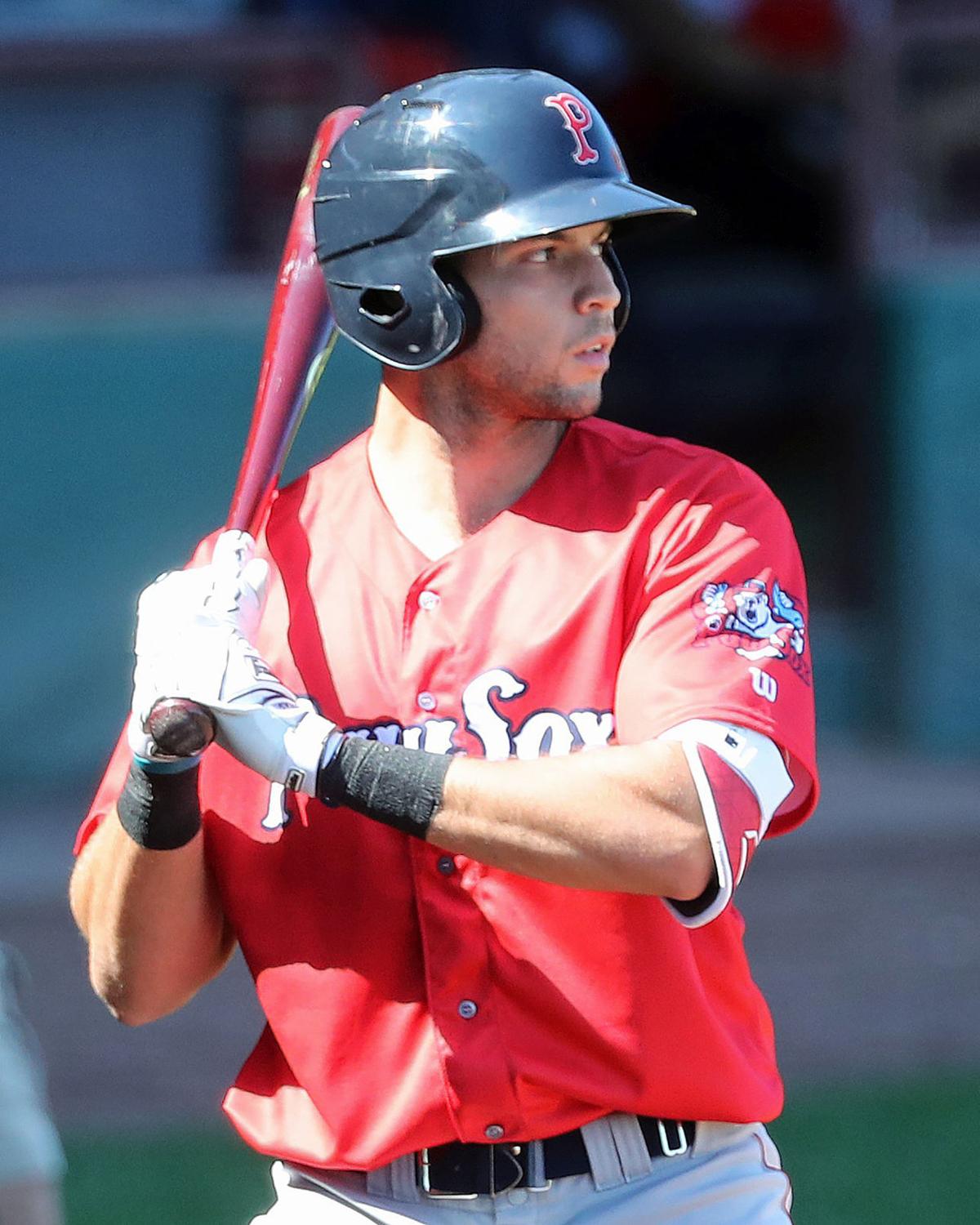 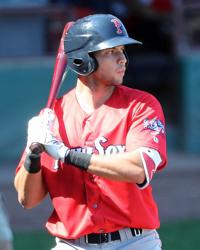 PAWTUCKET — As a power-hitting shortstop during his high school days at Carroll High in Southlake, Texas, Hudson Potts always likened himself to former Texas Rangers’ power-hitting infielder Mitch Moreland while wearing the jersey of his favorite team, the Rangers, who played less than a half an hour away from his home.

Oddly enough, Potts, a former first-round draft pick of the San Diego Padres, was traded to the Boston Red Sox last week in exchange for Moreland.

“I watched him (Moreland), I followed him when I was in middle school, in high school, it was so cool when that was announced,” Potts said from McCoy Stadium Wednesday, where he joined the Red Sox taxi squad in workouts. “I’m familiar with him and watching him play.”

The 21-year-old Potts was drafted by San Diego in 2016, the 24th player selected overall and was ranked as the No. 16 prospect in the Padres’ organization at the time of the transfer of his rights to the Red Sox.

“That was pretty crazy to see, all of my best friends from high school say stuff about him (Moreland), that was cool,” Potts said. “It’s crazy to think that I’m in the situation now. I grew up a Rangers fan, my whole life, I lived 20 minutes from the stadium,”

Potts grew to love the Rangers’ back-to-back World Series teams in 2010 and ’11.

“I looked up to Michael Young and Ian Kinsler, those were the kind of guys that I followed — infielders —and I liked the way that they went about their business,” he said.

Potts follows in the footsteps of several other power-hitting Red Sox third basemen of late in Rafael Devers and Bobby Dalbec.

“It was a different experience, kind of like I was drafted all over again,” Potts said of being informed that he was the prime piece of the trade package that the Padres were willing to make in order to win a World Series in 2020. “I was surprised a little bit, but I didn’t have too much time to think about it, all the relationships that I had within the (San Diego) organization. They’re doing some exciting things over there.”

“Everything is brand new,” he added of moving from the NL to the American League. “I’m super-excited about the opportunity. I know a few of the players from playing in the fall league, I’m trying to get acclimated. Playing in the fall league the last two years has been beneficial, picking up on small things and bounce ideas off of one another. It’s nice to be in this spot, I’m looking forward to everything.”

In 423 minor league games, Potts has 419 hits with a .256 average and 57 home runs. He spent most of the 2019 season with the Padres’ Double-A affiliate in Amarillo, Texas, coming off of a California League All-Star season in 2018 with Lake Elsinore (Calif.).

Drafted as a shortstop, the 6-foot-3, 220-pound Potts transitioned to third base and projected as a slugging third baseman.

Since then, he has made 331 starting appearances at third base, but he has also played 25 games at both shortstop and second base. And he even spent some time at first base.

His future with the Padres became murky as San Diego signed Manny Machado to a 10-year contract and shortstop Fernando Tatis, Jr. has proven to be of MVP potential.

“He’s been my dad my whole life, so I wasn’t able to change it until I was 18,” he said of the circumstances.

“Every year starts off different, a different level, a different team,” Potts said of being in the Padres’ spring training camp before the COVID-19 pandemic changed the course of his development. “You just make adjustments,” he said of maintaining his personal plan for advancement to the major leagues. “You have to stick with it day-to-day, it’s both mental and physical, I just kind of have to figure it out and know and be smart about some of the adjustments you make.

“I pride myself on my defense. I grew up playing shortstop, but most of my career I’ve played third base, I’ve learned all of the other positions. I feel like I can move around and bounce around if I need to — whatever the team needs me to do, I’ll get comfortable with.

“I’m closer to where I’m capable of being (as a hitter),” he said of his progress at the plate. The adjustments, the approach, I want to give myself the pitches that I want to swing at. That’s kind of what I’ve struggled with in the past. I know (hitting for power) is what everyone says and talks about. That’s been one of the better things of my career. Once I’ve learned and made better adjustments in my approach, I’m more, an all-out hitter, not just a power hitter.

“I was around some of the (Red Sox) guys in the fall leagues, so I saw how they went about their business. And now to be here and learn the stuff as small as the drills they do, the thought process behind certain aspects of the game, it’s pretty cool to experience it and learn new things. It’s nothing but beneficial.”