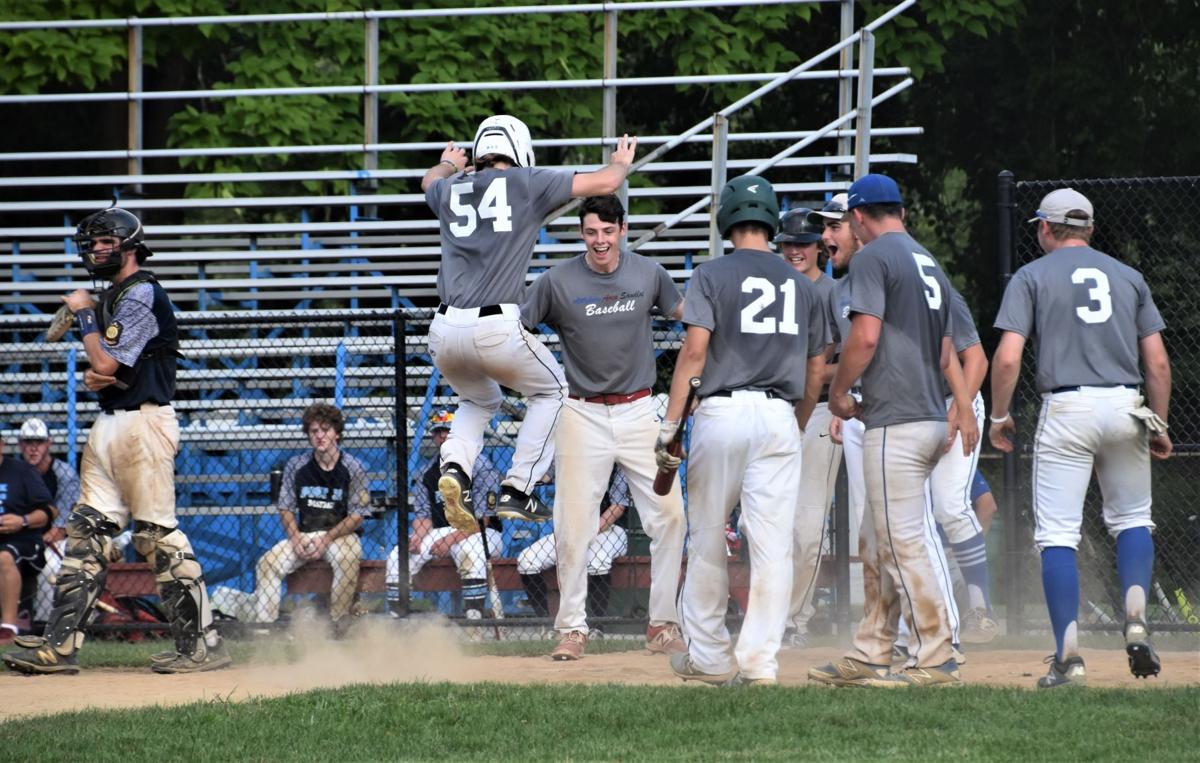 Team Callahan’s Eoin Kelleher (54) pounces on home plate as he is congratulated by his teammates after slugging a second-inning home run against Seekonk in Wednesday’s Attleboro Area Sandlot Baseball League championship game. 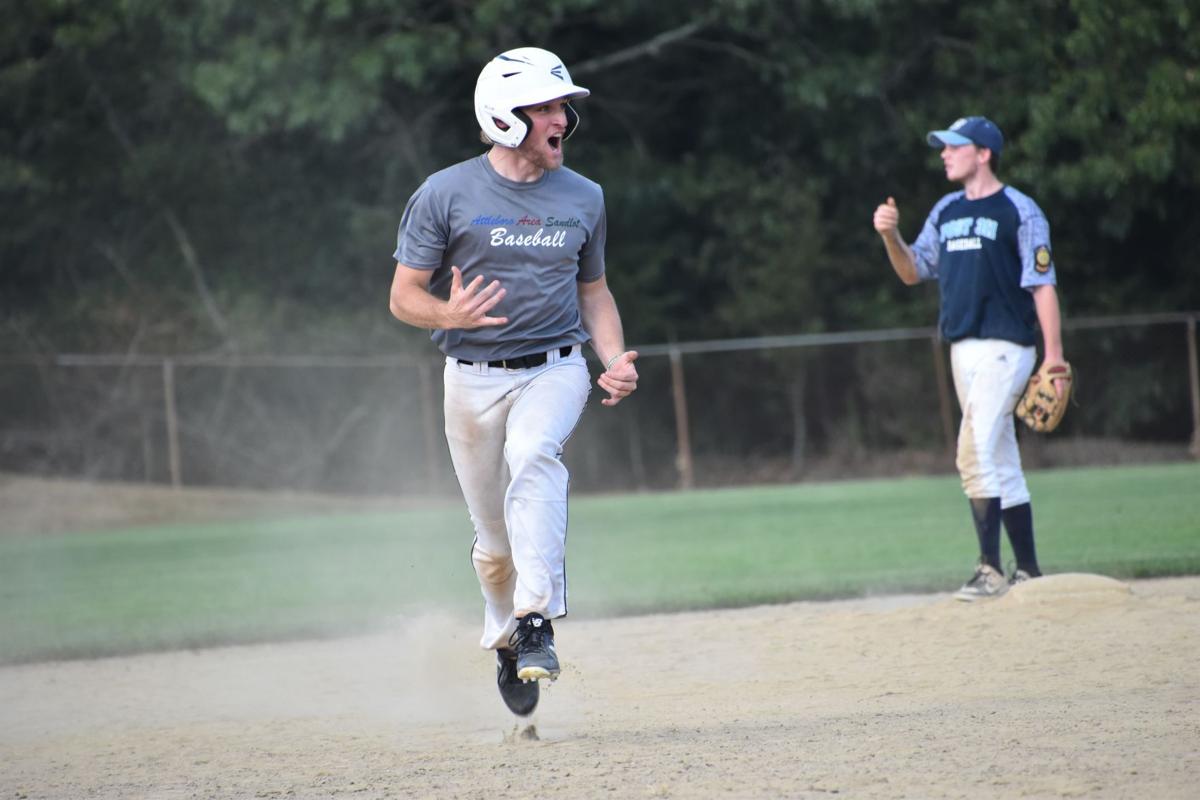 Team Callahan’s Eoin Kelleher reacts as he rounds the bases after hitting a second-inning home run against Seekonk Wednesday. 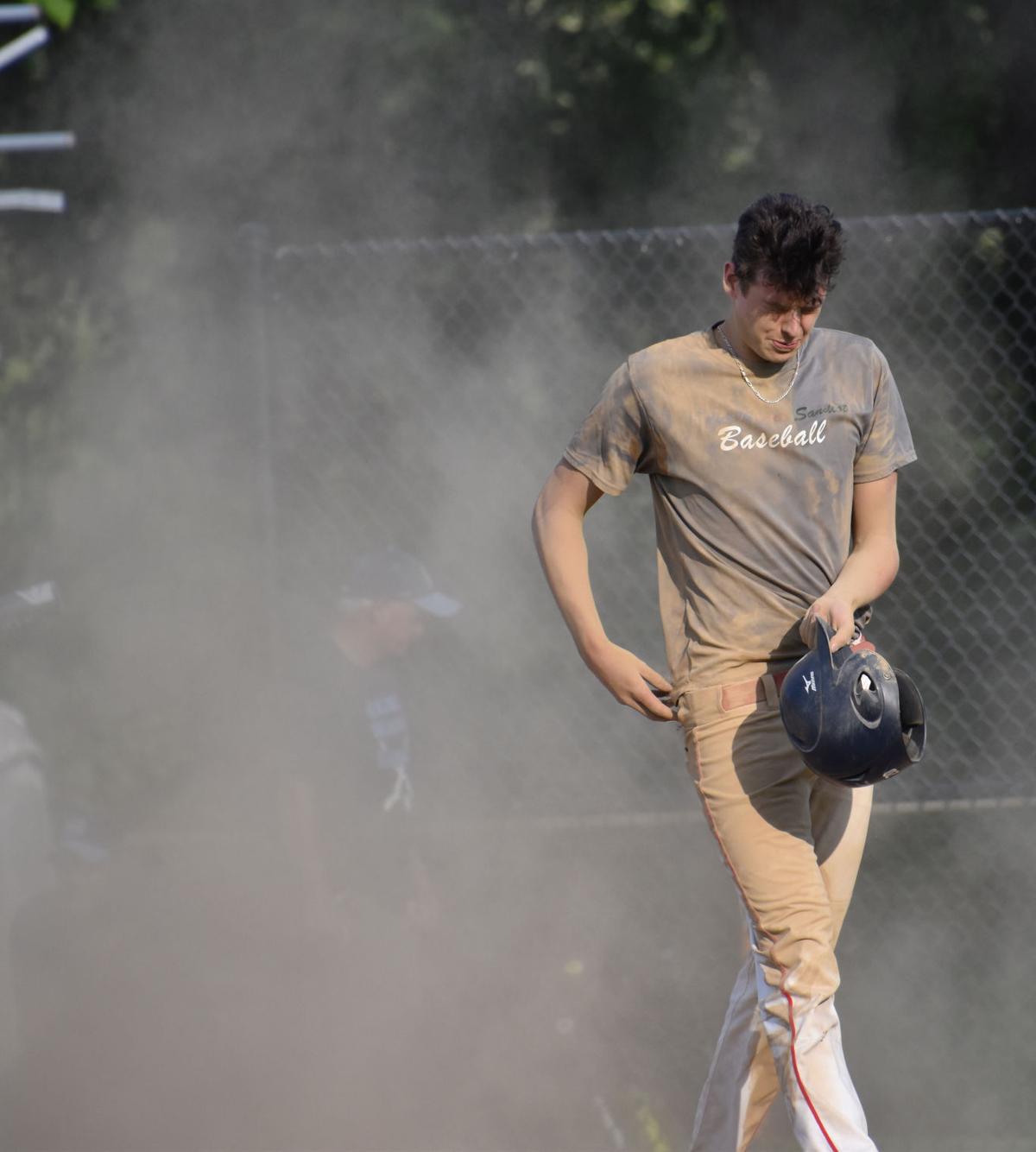 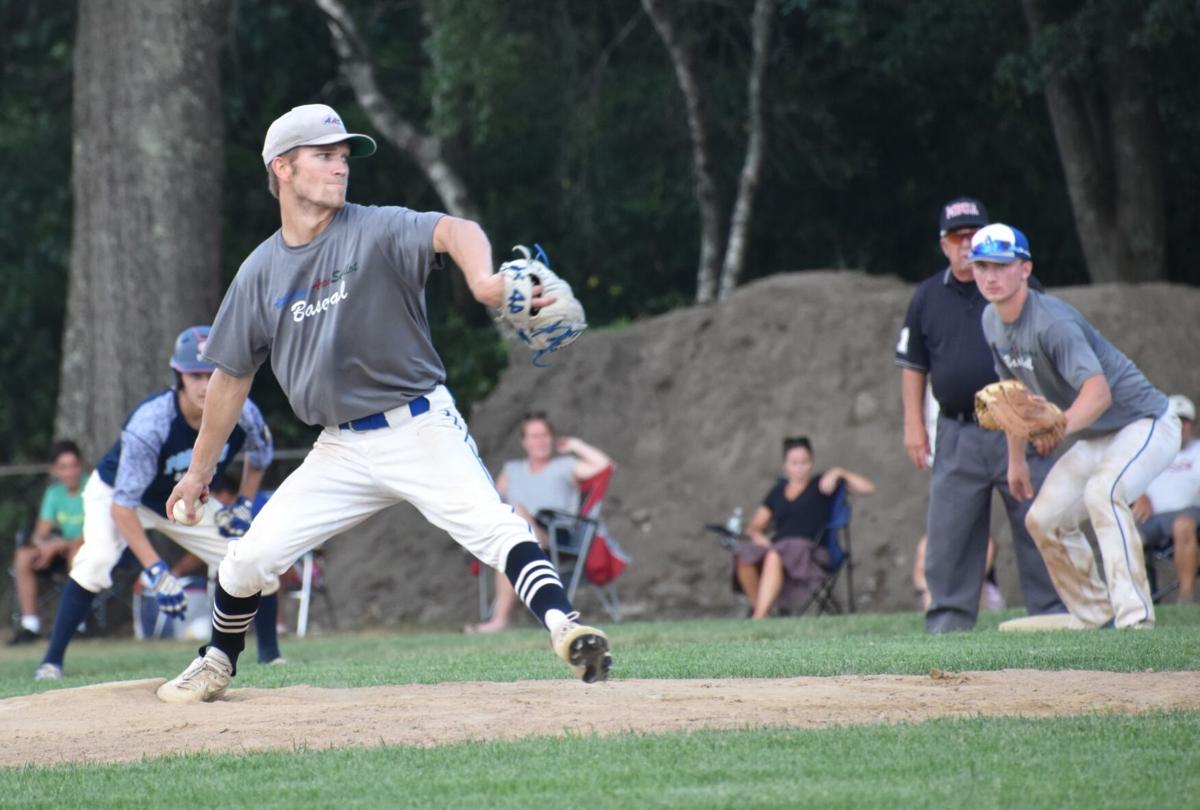 Team Callahan’s Eoin Kelleher (54) pounces on home plate as he is congratulated by his teammates after slugging a second-inning home run against Seekonk in Wednesday’s Attleboro Area Sandlot Baseball League championship game.

Team Callahan’s Eoin Kelleher reacts as he rounds the bases after hitting a second-inning home run against Seekonk Wednesday.

ATTLEBORO — It all added up to a championship for Team Callahan.

From Eoin Kelleher’s first home run since his Babe Ruth days as a 14-year-old at Hayward Field to converted first baseman Troy VanVliet initiating a dazzling 3-6-3 double play to end the fourth inning.

From pinch-runner Russ Dunlap turning on the speed from second base to score in a cloud of dust at home plate to Cam McClary legging out an infield roller for a base hit to keep a rally alive in a four-run second inning.

It was Team Callahan’s second 4-3 win in as many days.

“I was thinking about that too, how many of these kids were with the Attleboro High baseball team two years ago that got to the sectional finals that played 13 or 14 one- and two-run games,” Team Callahan manager Kevin Callahan said of his crew’s 4-3 victory over Seekonk to secure the Attleboro Area Sandlot Baseball League championship at Hayward Field.

Team Callahan used six hits for four runs in the second inning and then rode the arm of recent Attleboro High grad Ryan Morry, who pitched the complete game, allowing only two hits to Seekonk through the final four innings.

Seekonk touched Morry for single runs in the first, third and sixth innings, while having the leadoff batter on base in four of the first six innings.

In the fourth inning, VanVliet fielded a grounder, relayed to second base for the forceout and then took Callahan’s relay to complete the double play.

“I made a couple of good plays at Norton (a 4-3 win as well) last night and Coach Callahan kept me in there and everything kind of clicked,” VanVliet said of his glove at first base, having played there in Little League before becoming a catcher as a Bombardier. “I got in one game at first base at AHS and played in a couple of (Sandlot League) games, not full games. On the double play, I got the ball and was hesitant on what I wanted to do, but I knew that I had to get the lead runner.”

“I was turning on the jets, I knew that I could score,” Dunlap said. “It was worth the mouthful of dust and getting my uniform dirty.”

Kelleher, who pitched AHS to the Division 1 South Sectional title game in 2019 and will attend St. Olaf College, jacked a fastball over the left field fence in the second inning to knot the score.

Bishop Feehan’s Adam Walker slugged a double to the right center field gap and with Dunlap as the pinch-runner, he scored on Morry’s base hit into center field.

Then it was the Bentley College-bound McClary, a recent AHS grad, who contributed mightily to the cause with a two-out infield single.

“I know I’m not the fastest kid in the league, but my feet helped me there,” McClary said of making it to first base. “I wanted to do what I can, we needed something there.”

Callahan laid down a perfectly placed bunt down the third base line that allowed Morry to score run No. 3 for Team Callahan. Then McClary scored what proved to be the winning run when Alessandro’s single was then misplayed.

Morry got out of a bases-loaded jam in the first inning.

Seekonk narrowed the gap to two runs in the third inning. Casala once again reached base, on an infield error and scored on a two-out single into left field off the bat of Brendan Morales.

Morales drove in Seekonk’s third run in the sixth inning with a sacrifice fly after Culpan drew a walk and moved into scoring position on Collin McCarthy’s single into center field.

Seekonk had runners on base in all but the fifth inning against Morry, who then needed just four pitches to notch three outs in the seventh inning to close out the game after Jaden Pappas singled into right field with one out, representing the game-tying run.

“These kids have played in a lot of big and close games through the years, so this was nothing new to them,” Kevin Callahan said.