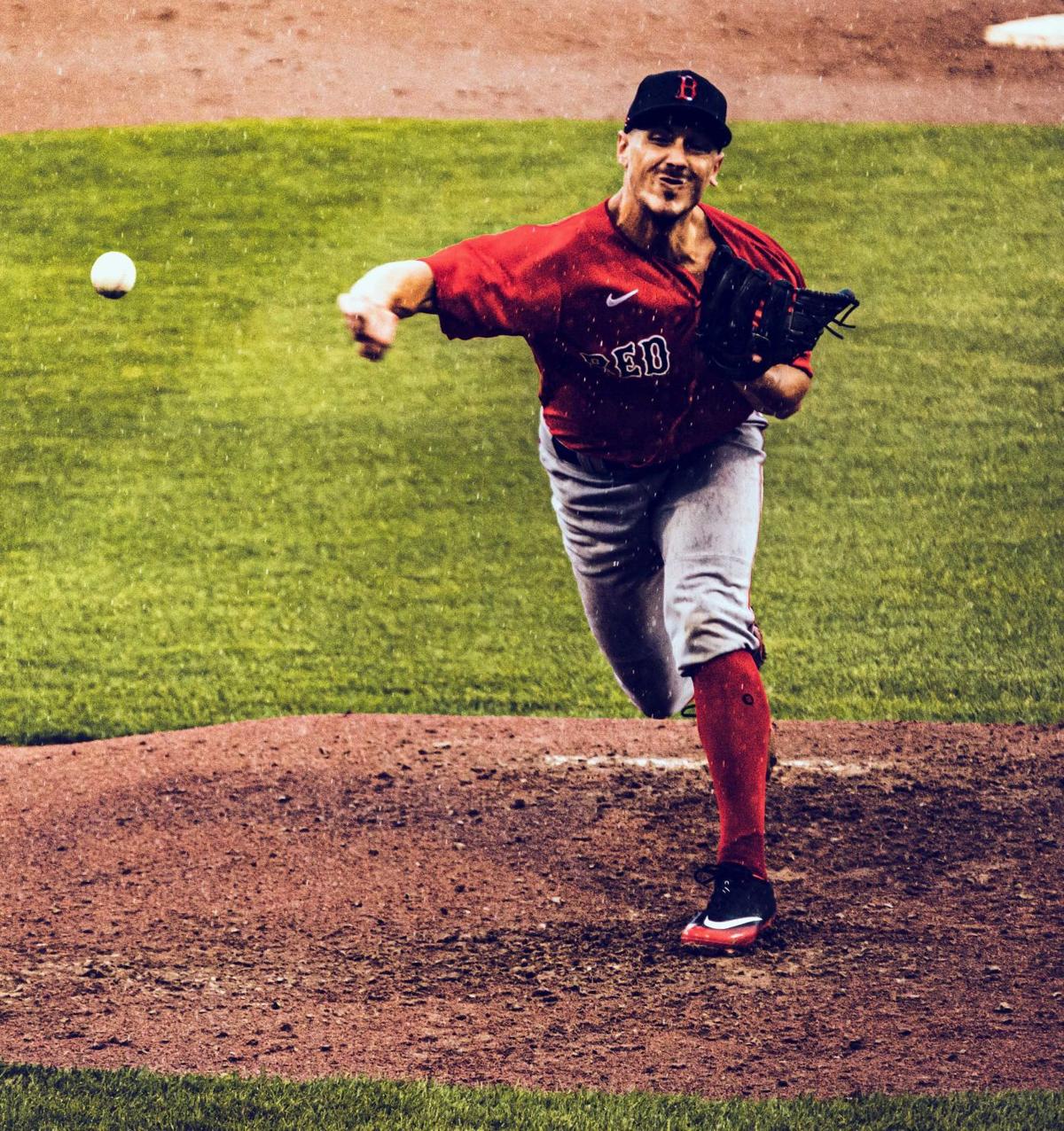 Boston Red Sox taxi squad pitcher Seth Blair delivers during a scrimmage game at McCoy Stadium. Blair had not pitched in the minor leagues since 2014 before being signed by the Red Sox this season. 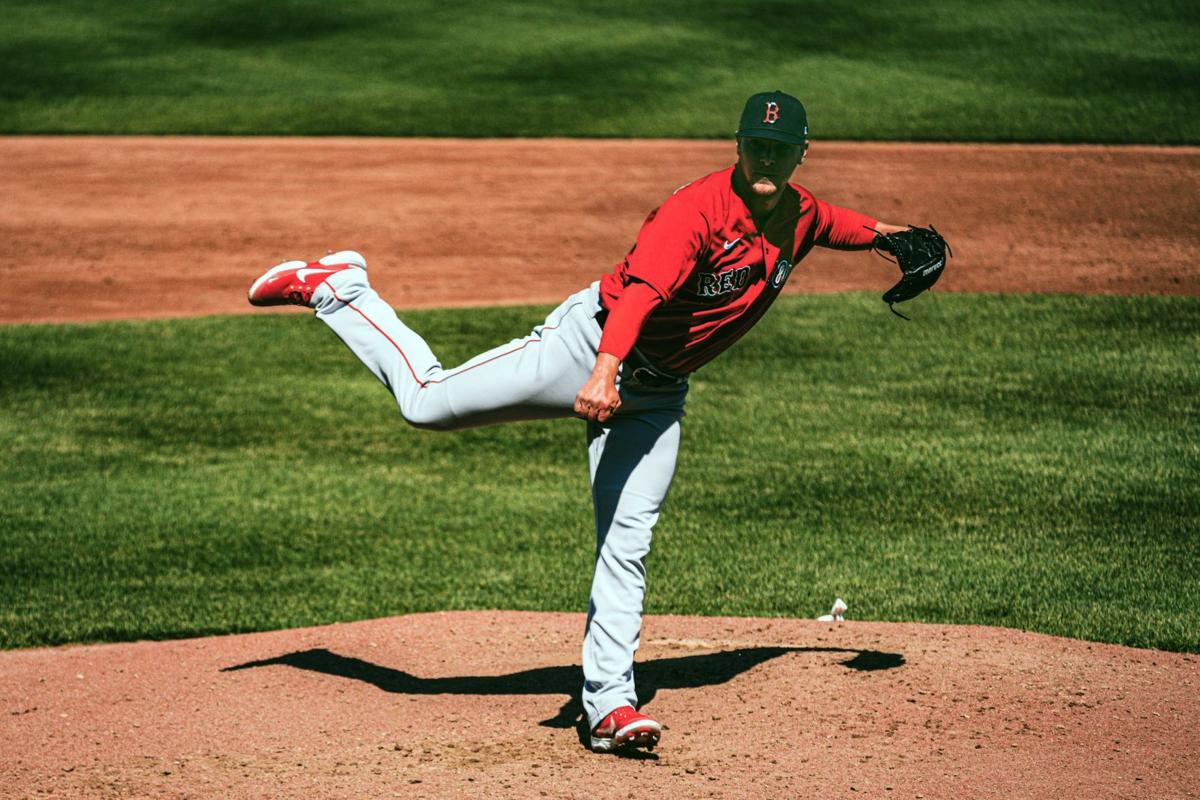 Boston Red Sox taxi squad pitcher Seth Blair delivers during a scrimmage game at McCoy Stadium. Blair had not pitched in the minor leagues since 2014 before being signed by the Red Sox this season.

PAWTUCKET — Pitchers Seth Blair and Caleb Simpson did not appear to fit into the future plans of the Boston Red Sox at first, but the two veteran righthanders have been presented with a new lease on baseball life, along with an opportunity to better gauge where they might fit within the organization’s depth chart.

Not, surprisingly, Blair and Simpson, have given Boston’s Vice President for Player Development Ben Crockett reasons to keep them in mind going forward based upon their performances at the taxi squad developmental camp run at McCoy Stadium.

The 31-year-old Blair has not pitched above Triple-A level (at Memphis) since 2014 and had apparently concluded his career, but last year, he wanted to give pro baseball one final shot and signed on with the high Class-A San Diego Padres’ team in the California League. The former Arizona State Sun Devil and St. Louis Cardinals’ draft pick from 2010 appeared in 35 innings over 17 games, two of them starts and had a strong strikeout (47) to walk (11) ratio.

The 29-year-old Simpson has never pitched above the Double-A level, spending last year at San Jose and Richmond, and was a non-roster invitee to the Chicago Cubs’ training camp this spring before being released. The former Seminole State (Oklahoma) 21st-round draft pick by the San Francisco Giants, made 34 relief appearances last season, owning 56 strikeouts and 30 walks over 42 innings.

Always in need of pitching, the Red Sox opted to take a look.

“Both are interesting backgrounds,” Crockett said of the invitations to camp. “Both have had different experiences to get where they are, but both guys have impressed with electric stuff throughout this camp.

“I think both have gotten to a point to where they were a little more consistent than when they got here,” Crockett added. “Simpson in particular, is in a position to use all of his stuff.” With Blair, it’s a little bit of transition. He pitched a different way entirely. It’s pretty exciting with both of those guys. With the arm strength and quality of pitches that they have, they could certainly be on the radar for us this year.”

The taxi squad camp also opened the eyes of Crockett as to the potential for first baseman-third baseman Tristan Casas and this year’s first-round draft pick, middle infielder Nick Yorke, being invited to McCoy Stadium.

“He’s (Casas) incredibly mature and diligent with his work,” Crockett said of liking Casas’ “competitiveness, his quality at-bats. It’s impressive to see what he’s doing. He continues to rise to every challenge.”

Yorke “has stood out in his time here,” Crockett added. “He’s really mature and handled himself with confidence among the older players. He’s handled himself like a pro.”

Crockett is planning on a six-week long fall camp in Fort Myers, Fla., for 60 players in late October. There will be no similar Arizona Fall League which housed many National League team players, while plans for leagues in the Dominican Republic and Australia are being reviewed.

“There might be some games against other minor league teams in the area, we’re working with other teams about the possibility of playing, but most teams are playing a wait and see approach and go from there,” Crockett said of working from the central Florida base.

The taxi squad environment has been a great opportunity to focus on individual development without statistics and without the wins and losses that come with games at any level of the organization.

“Even with the guys who are on the cusp of getting to the big leagues,” Crockett said. “Knowing that whatever they’re working on, the feedback to take into a competitive environment. It’s allowed for players and coaches to be 100 percent concerned with development and not needing to worry about performance.

“There’s been a lot of positive things that have happened here, guys (like Blair and Simpson) that we’ve learned a lot about over the course of these months — and guys have learned more about themselves,” Crockett added. “We’ve been really pleased with quite number of guys, where they are now and where they were at spring training.”