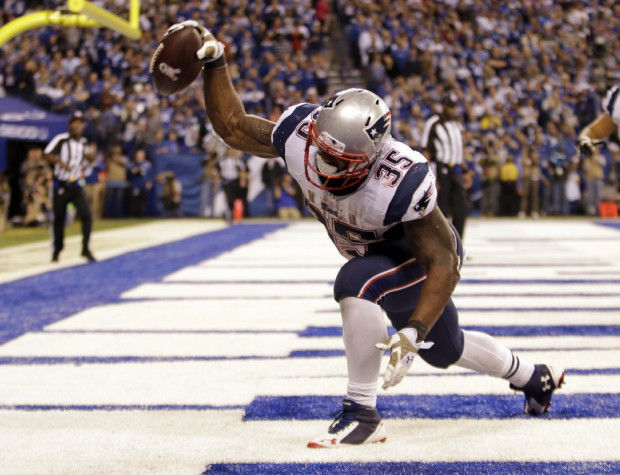 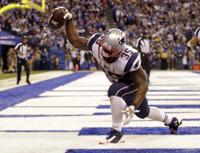 New England Patriots running back Jonas Gray celebrates one of his four touchdowns during Sunday nigh's 42-20 victory against the Indianapolis Colts in Indianapolis. Gray finished the game with 199 yards on 38 carries. 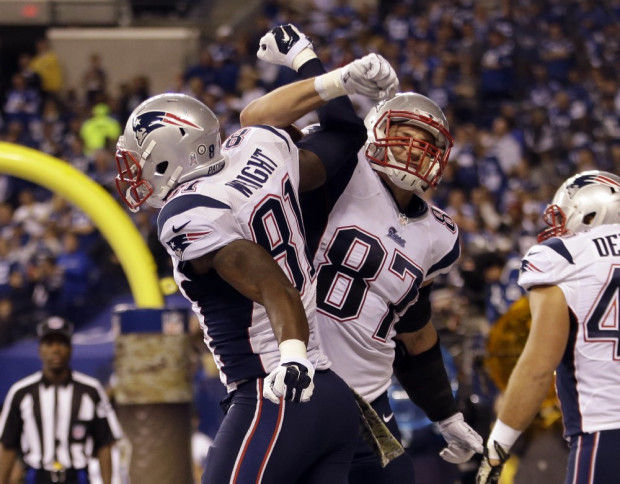 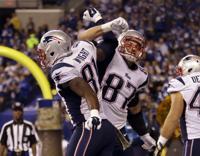 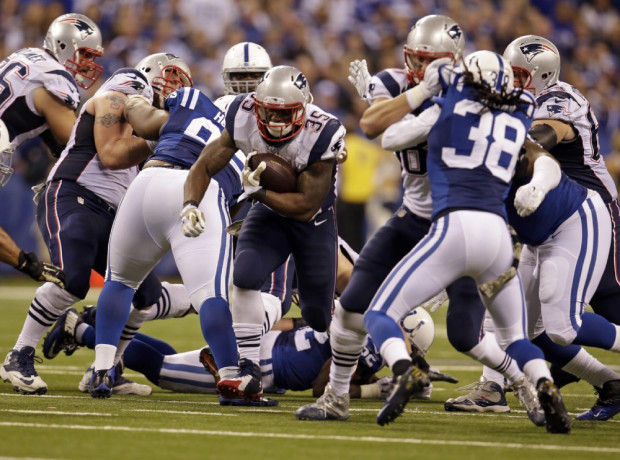 New England Patriots running back Jonas Gray runs against the Indianapolis Colts during the second half of Sunday's game. (AP Photo/AJ Mast) 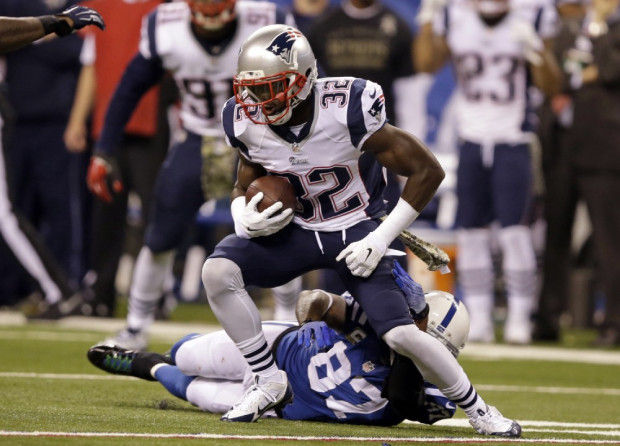 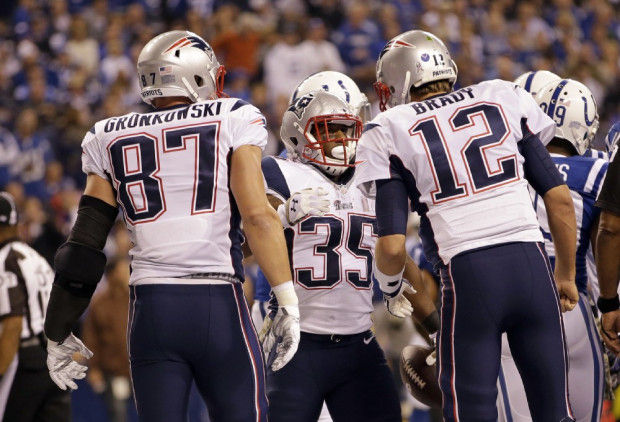 New England Patriots running back Jonas Gray celebrates one of his four touchdowns during Sunday nigh's 42-20 victory against the Indianapolis Colts in Indianapolis. Gray finished the game with 199 yards on 38 carries.

New England Patriots running back Jonas Gray runs against the Indianapolis Colts during the second half of Sunday's game. (AP Photo/AJ Mast)

So which is the best team in the NFL?

The fellows on the CBS early-evening post-game show Sunday were showing their love to the Kansas City Chiefs after they toughed out a hard-fought victory over the reigning Super Bowl champions, the slumping Seattle Seahawks.

The talking heads on the Fox network took more of an NFC tack - not surprising, given that their network broadcasts NFC games. The Arizona Cardinals, with the best record in the league at 9-1 yet with the least number of recognizable stars, got most of the accolades.

Well, at halftime of Sunday night's nationally-televised game between the Patriots and Indianapolis Colts, NBC analyst Tony Dungy (a former coach of the Colts, of course), grudgingly said he believed the Patriots were still the best team in the league - even though Patriots' quarterback Tom Brady had committed the granddaddy of all brain burps only moments before.

Brady audibled on a third-and-1 play at his own 17, dropped back to pass, was rushed and tossed a sideline floater for Rob Gronkowski that was easily picked off by the Colts' Mike Adams and returned to the Patriots' 23. Three plays later, a touchdown pass from Andrew Luck to Hakeem Nicks trimmed the Patriots' lead to 14-10 at halftime.

One wonders if Dungy maintained his opinion of the Patriots' merit because he had a former Patriot, Rodney Harrison, sitting next to him in the studio, and Harrison still looks fit enough to be able to alter one's opinion with little more than a cross look.

However, the Patriots certainly stated their case for being considered the best team in the NFL in the second half, scoring on their first four possessions to turn a close game into a 42-20 blowout victory over the 6-4 Colts.

Bill Belichick would probably say that after 10 games of a season, it doesn't matter who thinks what team is the best. Super Bowls aren't won after 10 games. And he's right - but this one still felt good.

"I was really proud of our offensive line and our running game, I thought they did a good job," Belichick said.

One very positive thing about the game was how the Patriots altered themselves to fit the situation - and they did it offensively, which isn't the usual way that they adapt to an opponent.

The focal point of these changes was running back Jonas Gray, the free-agent pickup from Notre Dame via the Miami and Baltimore practice squads, who has become the primary replacement for the injured Stevan Ridley. Not drafted because of a serious knee injury in his senior year at South Bend, Gray has put in the work and kept his focus, and appears to be ready to be a serious contributor to a drive for a Super Bowl championship.

"He does it for us every day out there on the practice field, and I thought he ran the ball really well tonight," Belichick said of Gray. "If you're handing the ball off and you're gaining yards, we're going to keep calling them."

Gray had 100 rushing yards and two touchdowns by halftime - we repeat, by halftime - and that hadn't been done by a Patriot since Tony Collins nearly 30 years ago. Gray and Shane Vereen became equal contributors to offensive success as Brady and his receivers. Sometimes they were the primary contributors, such as on the first New England drive of the game, an 89-yard march in which 77 of the yards came on rushing plays.

Gray scored his third touchdown of the night to give the Patriots a 28-13 lead in the third quarter. And after the Colts punched one in to start the fourth quarter, Gray added his fourth touchdown - becoming the first Patriot running back to score four times in a regular-season game - to restore the lead to 35-20. He finished with 199 yards on 38 carries.

There were adjustments that had to be made to make the running game productive. Rookie tackle Cameron Fleming was a frequent insertion as an extra blocking tight end, and Gronkowski also became a blocking force along the line - so much so, he tried to block Sergio Brown, a former Patriot, all the way to the Ohio state line on Gray's fourth touchdown. Gronk drew a penalty for it, but that's one Belichick might be willing to forgive.

And if he didn't, Gronkowski earned dispensation after his impossible-to-stop bull-rush to the end zone to complete a 26-yard touchdown play with 6:46 left to play.

The Patriots have now won the first three games of the six-game stretch that was seen as make-or-break. They still have the Detroit Lions (7-3) coming to Foxboro this Sunday, and then will really have their mettle tested by visiting the red-hot Green Bay Packers (7-3) at Lambeau Field - after which they will fly to California for a week's stay before playing the San Diego Chargers (6-4). Early estimates of three wins being acceptable are now being revised upward.

So who's the best? Even if it doesn't really matter at this point of the season, you could probably get a vote for your Patriots from the Indianapolis Colts.