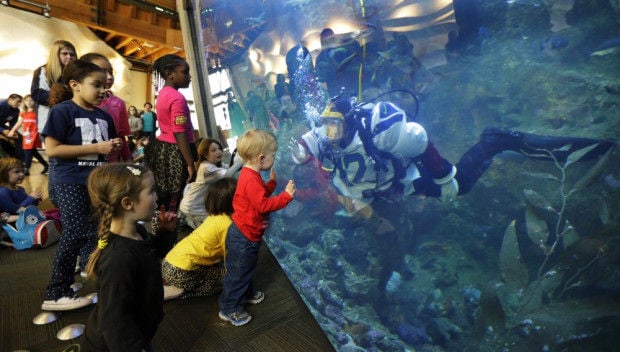 Nicole Killebrew wears a Seattle Seahawks jersey as she interacts with young visitors during a dive in the Seattle Aquarium's Window on Washington Waters tank, Friday, Jan. 30, 2015, in Seattle. The Aquarium was showing support for the Seahawks, who will face the New England Patriots in NFL football's Super Bowl XLIX on Sunday, Feb. 1, 2015, in Glendale, Ariz. (AP Photo/Ted S. Warren) 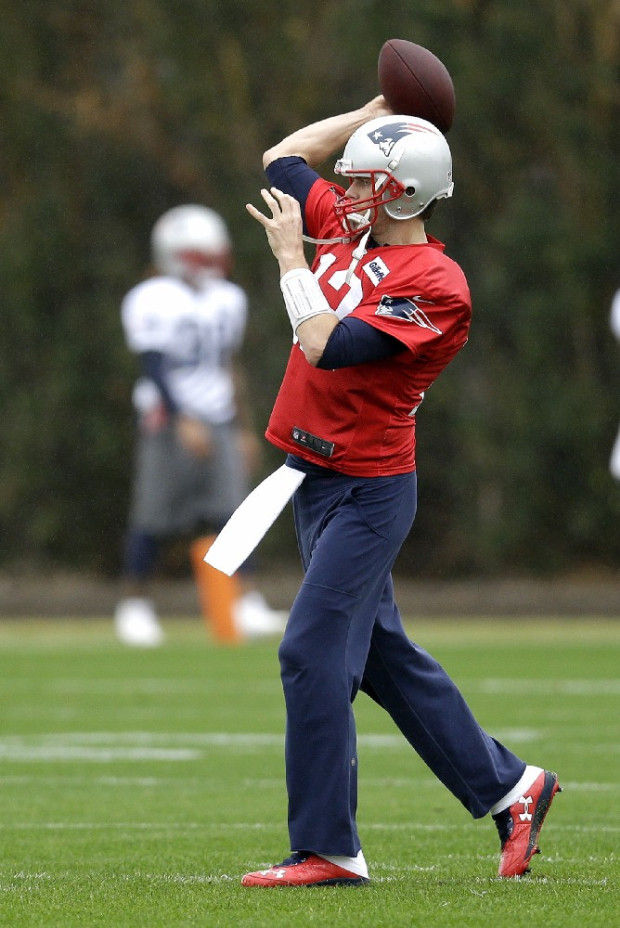 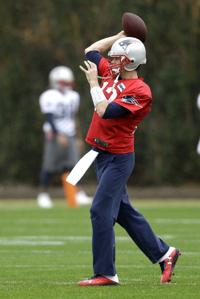 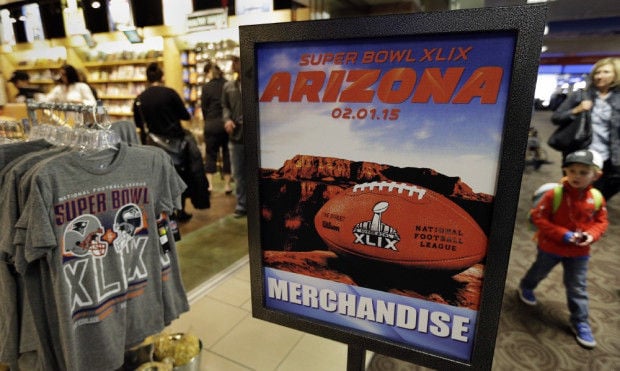 Nicole Killebrew wears a Seattle Seahawks jersey as she interacts with young visitors during a dive in the Seattle Aquarium's Window on Washington Waters tank, Friday, Jan. 30, 2015, in Seattle. The Aquarium was showing support for the Seahawks, who will face the New England Patriots in NFL football's Super Bowl XLIX on Sunday, Feb. 1, 2015, in Glendale, Ariz. (AP Photo/Ted S. Warren)

Super Bowl 49 is going to be a true family feud in my house. I was raised in Oregon and went to college in Seattle. My husband was raised in New Hampshire. My family loves the Seahawks, his are die hard Patriot fans. We got engaged at the top of the Space Needle and lived for five years in Seattle. Our children were born and raised in New England and have spent the last nine years living 10 minutes from Gillette Stadium.

Both Seattle and Boston have special places in our hearts.

While the Patriots will forever be tops in our love of football, the Seahawks come a close second. So in the spirit of our two home towns, here are five ways Seattle and Boston are alike, yet different.

Actual city populations are pretty similar, with both Seattle and Boston census figures around 650,000. However, when including the metro areas surrounding the cities themselves, King County is home to almost 2 million people, while the Greater Boston area has 4.5 million. (If counting commuters into Boston, the number increases to more than 7.6 million.)

Boston and higher education go hand-in-hand. Home to bastions of higher learning like Harvard and MIT, there are more than 100 colleges and universities just in this metro area. But Boston has been building schools since 1636 when Harvard was founded, whereas Seattle wasn't even settled as a city until 1851. Seattle still boasts almost 50 collegiate level schools. All these educational opportunities make both cities pretty smart. Four-four percent of Boston's population hold at least a bachelor's degree, while more than 56 percent of Seattle's adults do.

Since this is in honor of the Super Bowl, we have to compare sports team.

In Seattle, the city hosts four professional teams - Mariners, Seahawks, Sounders and Storm (Women's NBA). The SuperSonics were part of Seattle culture for more than 40 years, but moved to Oklahoma City in 2008 leaving the area without a men's NBA team. As we all know, the Seahawks are the reigning Super Bowl champions, having won the title last year. If they defeat the Patriots next week, they will be the first team to repeat a Super Bowl win since, well, the Patriots did it in 2003 and 2004.

They are both big cities on opposite coasts, but when it comes to food and drink, there are many similarities. It's impossible to think of Seattle and not have micro-brew beer come to mind. There are currently more than 250 active breweries in Washington State. Boston has the Sam Adams Brewery and Harpoon Brewery - which was founded in 1986 and played a significant role in the rebirth and growth of micro-brews across the United States - as well as a number of other high-quality micro-breweries that dot the area surrounding Boston and into Little Rhody, new Hampshire and Vermont.

Being coastal cities as well, seafood is a staple on tables in these towns. A visit to Boston isn't complete without a bowl of clam chowder and fresh lobster; just like watching the fish fly at Pike Place Market and enjoying fresh salmon is necessary when in Seattle.

Amazon.com started in Seattle, and Microsoft took over the world from here. But Facebook was born in a Harvard dorm room and Napster in a Northeastern dorm room. Both cities have thriving technology industries. More than 850 information and consumer technology companies are located in Seattle. However, the neighborhood next to MIT has more computer programmers per capita than anywhere in the world. If you are interested in the tech arena, both Boston and Seattle are great places to be.

Melissa Introne of North Attleboro is a writer for The Sun Chronicle. Her column "Mom Notes" appears monthly. Her "Take 5" columns normally appear online only at thesunchronicle.com. Contact her at melissaintrone@gmail.com.